HSBC Holdings Plc (LON: HSBA) a part of the Hong Kong and Shanghai Banking Corporation (HSBC) Group is a London, based banking and finance-related services organisation. The organisation is probably the biggest business segment of the HSBC Group, serving over 40 million clients all around the globe, covering 65 nations altogether. The organisation has four prominent divisions through which it works- Global banking and markets, Global private banking, Commercial banking and Retail banking and wealth management. In this segment, the organisation supports its clients through four significant services, which incorporate the likes of Global Trade and Receivables Finance, giving services like working capital and the management of trade risk to both purchasers as well as suppliers all around the exchange cycle, Global Liquidity and Cash Management is another important service of the bank, which empowers the clients to deal with their cash and receipts all through the liquidity cycle and furthermore bolstering simple and fast payments process. The worldwide banking service in the business banking segment provides services like debt financing, equity financing advisory services to clients across the world. Providing security from finance-related and different other business hazards is the function of its Insurance and Investments services segment.

On 28th October 2019, the company released its earnings for the 3Q and 9M ended 30th September 2019. The company announced that reported profit before tax in the Asian area was up by 4 per cent YoY to USD 4.7 billion in Q3 2019, supported by a strong and consistent show in the Hong Kong area. 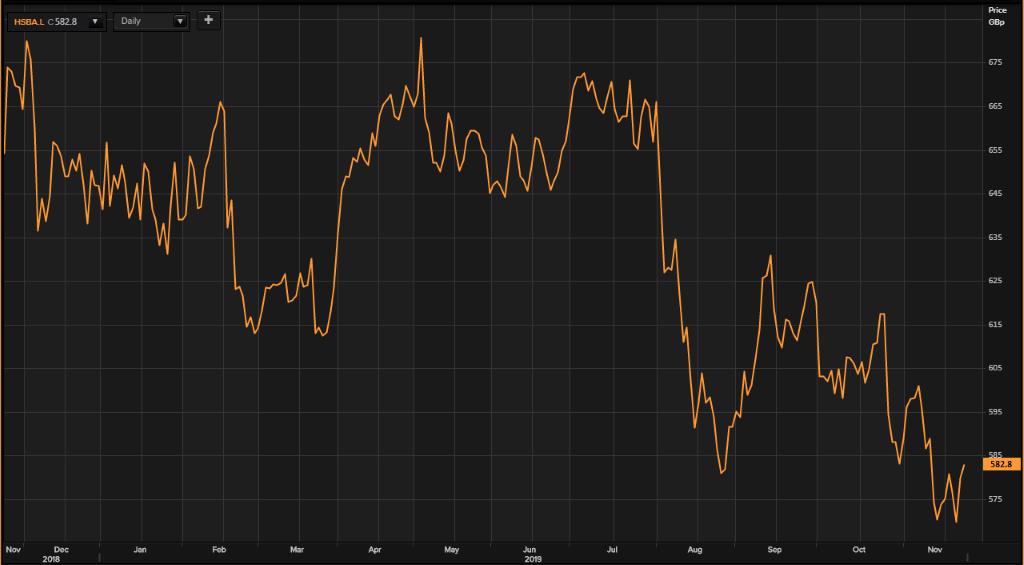 (Source: Thomson Reuters) Daily Chart as on 25-November-19, after the close of the market

QinetiQ Group Plc (QQ.) is a Farnborough; the United Kingdom headquartered design-based company working across every aspect of the life cycle of critical equipment and infrastructure. It is engaged in the business of providing aerospace and defence related services to security departments of different governments and also to military organisations around the globe. The company’s core capabilities are in the areas of Tests and Evaluation of various defence based products such as C4ISR, Robotics as well as in providing support to acquisition and transformation programmes.

On 14th November 2019, the organisation reported its interim results for the half-year completed on 30th September 2019. The organisation revealed a strong 16 per cent year on year increase in the revenue of the company (10 per cent on an organic basis). The organisation likewise announced a year on year increase of 16 per cent in the operating profit during the reporting period marking a consistent performance. In terms of its operational update, the company reported that it was on the way to delivery of new Long-Term Partnering Agreement (LTPA) contract for Ministry of Defence of the United Kingdom. The company also highlighted that there was a growth in the international revenue to £150.8 million for the period, as compared to the H1 2019 international revenue of £129.7 million. The international revenue now sums up to 31 per cent of the total revenue post the reported results. The company also stated that the management expects to win more contracts and take on various campaigns internationally. 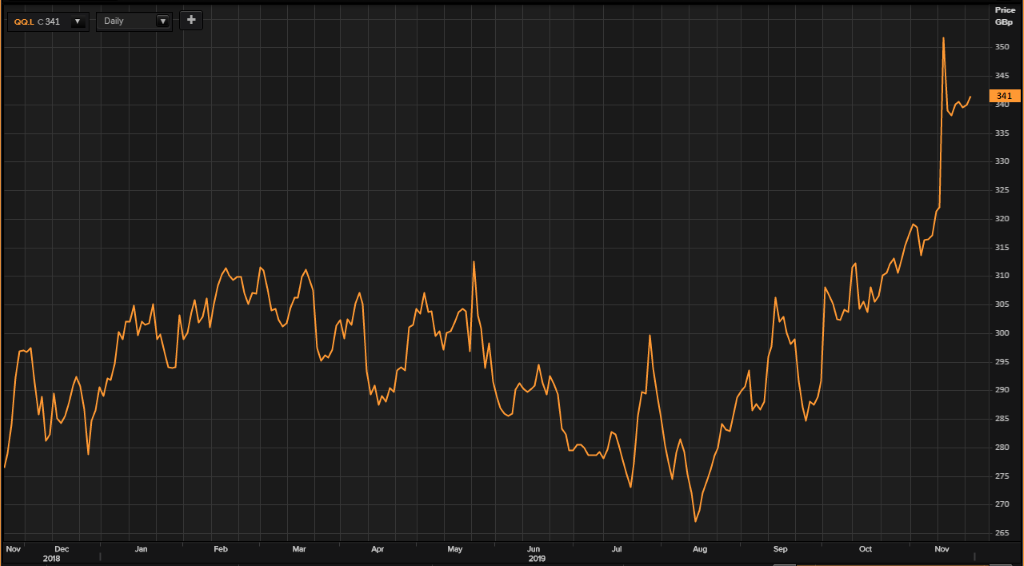 (Source: Thomson Reuters) Daily Chart as on 25-November-19, after the close of the market