The Tesla Inc (NASDAQ: TSLA) stock continued to drop for the second consecutive day on Tuesday, hit by a wave of negative headlines that wiped out nearly US$175 billion from its valuation.

Tesla’s two-day stock slide, the biggest in 14 months, comes as Elon Musk asked his fans in a Twitter poll over the weekend if he should offload 10% of his shares in the electric-vehicle company.

It was followed by news that Musk’s brother Kimbal was also selling Tesla shares. Kimbal revealed in a filing that he sold 88,500 Tesla shares late last week.

An analyst claimed that Elon Musk might be selling the stocks to cover his personal debts.

Others said Musk’s stock-sale poll might have given an excuse to investors to pull back a little as the stock has been highly overvalued from a long-term view.

However, some experts have a slightly different take on the stock’s latest fall.

Chief market strategist at Miller Tabak & Co, Matthew Maley, considers the selloff a healthy pullback, calling it a reaction to an “overbought condition.”

In remarks to Al Jazeera, another expert attributed the selloff to Nvidia Corp.’s latest push into the autonomous vehicle market.

Morningstar analyst Seth Goldstein said the chipmaker’s plans might have added additional pressure on Tesla because its dominance over its competitors has been often cited as a primary reason behind its numerous premium models.

He added that Tesla might face increased competition if Nvidia does well in the automobile market. 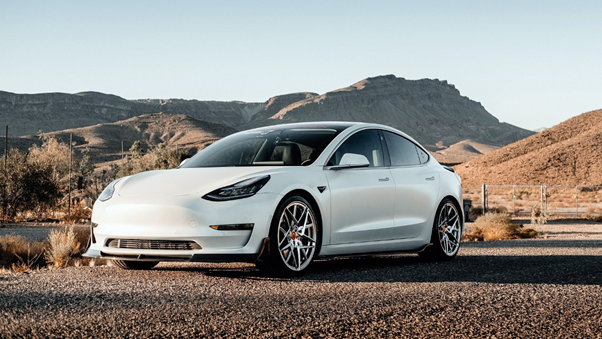 What did Musk followers say in the poll?

Nearly 58% of Elon Musk’s Twitter followers said on Saturday they would support such a sale. However, the stock dived 4.9% during Monday’s trading after the poll verdict.

However, despite its latest two-day rout, the stock is still up about 46% this year.

The stock saw significant gains since it was added to the S&P 500 index late last year.

Tesla accounts for about 2.5% of the index’s US$4 trillion market cap. By contrast, it was 1.8% in December 2020, when the electric-vehicle company had first joined the index.

In addition, Tesla Inc hit the US$1-trillion mark in market capitalization in late October as its stocks continue to rise. Most gains were accrued after its third-quarter results, in which it reported solid revenue growth on record vehicle deliveries in the three months ended Sep 2021. The feat closely coincided with the car-rental company Hertz Global’s orders for 100,000 vehicles by the end of 2022.