The Company registered an underlying replacement cost profit of $0.1 billion in Q4 ended 31 December 2020, which remained in line with the previous quarter. Lower marketing performance in the downstream impacted the performance during the period. The Company highlighted that volumes remained under pressure due to the pandemic and continuing pressure on refining margins and utilisation. 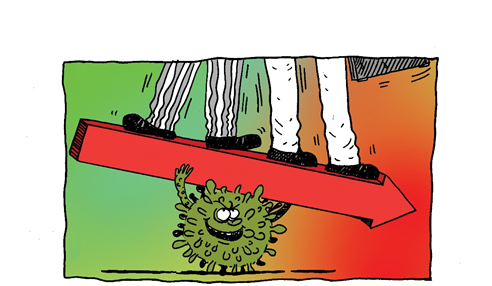 The other factors that impacted the Q4 results included a weak performance in gas marketing, trading, and higher exploration write-offs, partly offset by a lower underlying tax charge and a higher contribution from Rosneft.

BP reported a loss of $5.7 billion for 2020, significantly down as compared to the profit of $10 billion in the previous corresponding period. The Company attributed the loss to depressed demand, lower prices for oil & gas, and significant exploration write-offs and refining margins.

For Q4, the Company registered a profit of $1.4 billion, including a $2.3 billion gain from the sale of the petrochemicals business. The reported profit for the period remained considerably higher against the loss of $0.5 billion during the third quarter.

However, for the full-year 2020, the reported loss stood at $20.3 billion, driven by significant impairments and exploration write-offs taken in the second quarter. The loss for the period remained considerably lower against the previous full-year reported profit of $4.0 billion in 2019.

The operating cash flow for the quarter reached $2.4 billion (excluding Gulf of Mexico oil spill payments of $0.1 billion), reflecting a significant impact of lower marketing volumes in the downstream and a significantly weaker contribution from gas marketing and trading.

During the year, BP witnessed large divestments and asset disposal, leading to proceeds of $4.2 billion related to the completion of the sale of the petrochemical business ($3.5 billion) and a 20 per cent stake sale in Oman’s Block 61 ($2.6 billion) during February 2021.

The Company has either agreed or have completed transactions for over half of its target of $25 billion in proceeds by 2025. It anticipates the divestments and disposals to continue, leading to $4 to $6 billion proceeds in 2021.

At the end of the year, net debt stood at $39 billion. The Company is actively managing the profile of its debt portfolio. BP bought back an aggregate of $6 billion of debt during the third quarter of the year 2020 and in January 2021.

Also, at the end of 2020, the Company had $44 billion of liquidity comprising cash and undrawn revolving credit facilities.

BP anticipates that its net debt would increase during the first half of the year 2021 while declining back in the second half over growing operating cash flow and the receipt of divestment proceeds.

The Company is committed to reaching its net debt goal of $35 billion by the end of Q4 2021 and Q1 2022. Additionally, the target suggested by the Company assumes an oil price range of $45 to $50 per barrel.

All dollar figures represented here are in USD unless specified separately.