As per the Australian Competition and Consumer Commission's report in Digital Advertising Services, Google was involved in over 90% of ad impressions. The company's dominance was around US$3 billion.

What are the concerns pointed out by ACCC?

According to the Commission's chairman Rod Sims, the following were the adverse impacts that would prove detrimental in the long run-

How did the dominant status take shape for Google?

Who dominates among the sharks and small fishes! Google's size sure had a role to play. The company is also known for paying handsomely to device manufacturers, wireless carriers and browser developers to make Google the default search engine. In addition, it also bought several significant players of the ad tech world. They also use different parts of their own business such that the other parts benefit. For instance, to advertise on YouTube, the way is through Google. It has managed to eliminate competition by being in the role of ad buyer, and the seller, and finally, in one transaction operate the ad exchange. 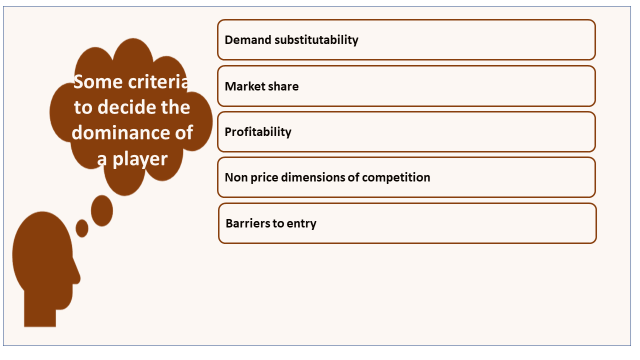 Is this instance the first of this kind?

Several research papers have pointed out an anticompetitive conduct that proves harmful for competition in the industry and the consumers.

Last year too, a lawsuit had been filed against Google by the US Department of Justice.  The charge was that the company was maintaining an unlawful monopoly in general search services and search advertising. These activities were all marked as being against the US antitrust laws.

The antitrust watchdog for France, too, had recently imposed a heavy fine against the company for abusing its digital advertising dominance.

Back in 2018, Brussels too had slapped a penalty for the illegal restrictions set by the company that operates with its Android system.

ACCC Chairman has gone on record to say that new rules would be put in place for inline advertising as the watchdog plans to propose in a larger digital platform reform report that can be expected by this time next year. The larger idea is to bring about changes to app stores and online searches.

Related Read: Australian Government to give more teeth to the Treasurer to regulate Apple, Google

In 2020, the Digital Markets Act was brought by the European Commission, laying down stringent rules to ensure free competition, open market and more choice for consumers. This Act was mainly targeted towards the gatekeeper category or the large online platforms of which Google is very much apart.

The US, too, is using legislative powers to deal with anticompetitive practises that threaten to break the giants.

For years this allegation has been there against Google, but it is only now that the movement is picking up momentum. Will it change the way the internet works? Will Google's synonymous status with the internet change? Let's wait and watch the events unfold or meanwhile Google it, maybe?