China is seeking to join the Trans-Pacific Trade pact underlining the increasing complex relations between China and its neighboring countries.

The world’s second most-populous country has filed an application to join the Comprehensive and Progressive Agreement for the Trans-Pacific Partnership (CPTPP) in a bid to boost its economic position in the region. 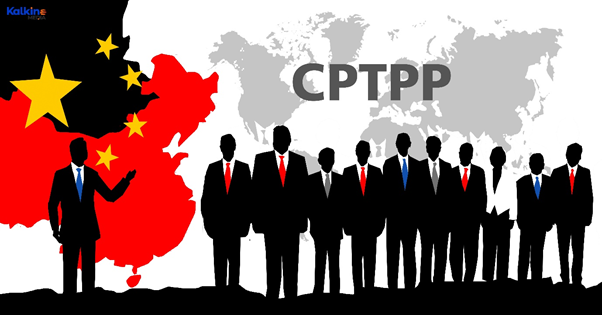 The pact was previously known as the Trans-Pacific Partnership (TPP), created by the US to counter China’s regional influence and it eventually became the Comprehensive and Progressive Agreement for Trans-Pacific Partnership known as the CPTPP. However, the former US President – Donald Trump pulled US out of the deal in 2017 after which Japan led the negotiations to create the CPTPP.

A total 11 countries including Canada, Chile, Japan, New Zealand, and Australia signed the CPTPP pact in 2018 where New Zealand acts as the administrative centre for the pact.

Japan – who acts as the chair of the CPTPP pact this year, said is likely to consult the member countries on China’s request, but couldn’t provide a timeline for doing so.

According to Japan’s Economy Minister – Yasutoshi Nishimura, Japan believes that its important to determine China’s position in a bid to meet its extremely high standards.

China will have major economic boost if it becomes part of CTPP -- a move that will follow the signing of 15-national Regional Comprehensive Economic Partnership (RCEP) free trade agreement previous year.

The REC is world’s largest trading bloc with Japan, China, South Korea, and Australia among its members.