Many unpleasant events have unfolded since the most talked-about 2020 US presidential election outcomes. But the recent mayhem at the Capitol Hill in Washington stunned the world.

The march of Trump's supporters into the Capitol Hill to interrupt the Congress from certifying Joe Biden's election victory led to an unbelievable turn of events. The pro-Trump rioters attacking the building clashed with police.

To know more, do read: Pro-Trump Protesters Attack US Capitol Hill, One Dead

President Trump's relentless efforts to destroy the peaceful transfer of power in the US have attracted him serious criticism. When other nations condemned the violent Capitol Hill incident, the chorus grew for invoking 25th Amendment to oust Trump from the presidency.

However, US Vice President Mike Pence chose not to support the process despite the considerable demand to invoke the 25th Amendment to the American Constitution.

Pence’s refusal to invoke the 25th amendment paved the way for Trump’s impeachment. On 13 January, the US House of Representatives voted against Trump, impeaching him for “incitement of insurrection”.

During his recent address to the House leaders asking to declare Trump unfit for fulfilling his duties as the US President, Pence highlighted that the move would set a terrible precedent. He stated that the action doesn’t seem to be in the best interest of the country or in line with the Constitution.

Invoking the 25th Amendment would have made Mr Pence as the acting President until the president-elect Biden came in power.

What are the Sections of the 25th Amendment for Presidential Succession? 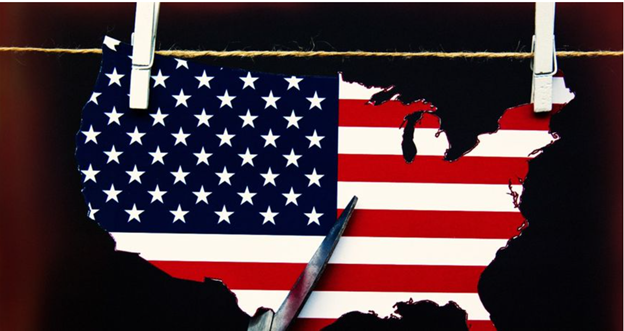 The 25th Amendment to the United States addresses the presidential succession and disability. Following are the sections covering the Amendment:

Section 1: If the President's post gets vacant due to his death or resignation, the US Vice President takes the responsibilities of the President by becoming the acting President for the remaining term.

Section 2: If the Vice President's position is vacant, the President has to nominate a Vice President, who becomes the next VP after securing a majority vote of both Houses of Congress.

Section 3: If the President writes to the Speaker of the House of Representatives and the President pro tempore of the Senate that he/she is unable to fulfil the duties of the Presidential post, the Vice President will take up all the responsibilities as the acting President. That is, until the President again gives a written declaration admitting that now he/she can resume the role.

Section 4: The section 4 which could have been implemented in the current scenario says that if the VP and a majority of main officers of the executive departments or of other prominent bodies like the Congress write to the Speaker and the President pro tempore of the Senate about the President being unable to perform his/her duties, the power immediately gets transferred to the VP. The Vice President is then required to serve as the Acting President.

Another clause to this section says that if the President declares to authorities that there is no such inability, he can continue with his role until most representatives and the VP again declare about the President's inabilities.

After the second declaration, the Congress decides the next step by assembling within 48 hours. Suppose the Congress is not in session within 21 days after it needs to assemble, both Houses determine whether the President is fit for the duties or not by a two-thirds vote. Depending on the vote, the VP or the President continues with the Presidential responsibilities.

On Wednesday, 13 January 2021, Trump became the first US President to be impeached twice. Days before leaving the office, he has been formally charged by the House of Representatives with the incitement of the US Capitol riot. The next step is to hold a trial in order to determine his guilt.

As several events continue to unfold in the US politics, the world is keeping a close watch, hoping for a safe Inauguration Day and a smooth transition of power to Biden’s regime.

Also read: Trump becomes first US president to get impeached twice, Senate yet to vote