The labour market has supported the Australian economy to stay afloat even as the country faces challenging headwinds. It is this momentum in the labour market that has helped achieve a decent wage growth rate in the March 2022 quarter. However, even as labour market conditions remain tight, wages have not matched pace with the ongoing inflation rate.

Recent data released by the Australian Bureau of Statistics (ABS) reveals that wages have risen by 0.7% in the March 2022 quarter and by 2.4% annually. The latest wage growth data is crucial to understanding the pace of the Reserve Bank’s interest rate hikes. The central bank announced its first rate hike in over a decade during its May monetary policy meeting, when it raised the cash rate by 25 basis points.

Speculations are rife that the Reserve Bank of Australia (RBA) will take a more aggressive approach to monetary policy tightening in the coming months. Soaring inflation figures and now a rise in wages warrant immediate action from the central bank. However, the RBA might continue its longstanding trend of tiptoeing around the main topic, leaving all to guess its next move.

RELATED READ: Much-awaited wages data out: What to expect from RBA next month?

Experts and analysts are now looking at the possibility of the RBA raising the cash rate by 40 basis points. The latest monetary policy minutes released by the RBA are key to understanding how forecasters arrived at the golden figure of 40 bps. 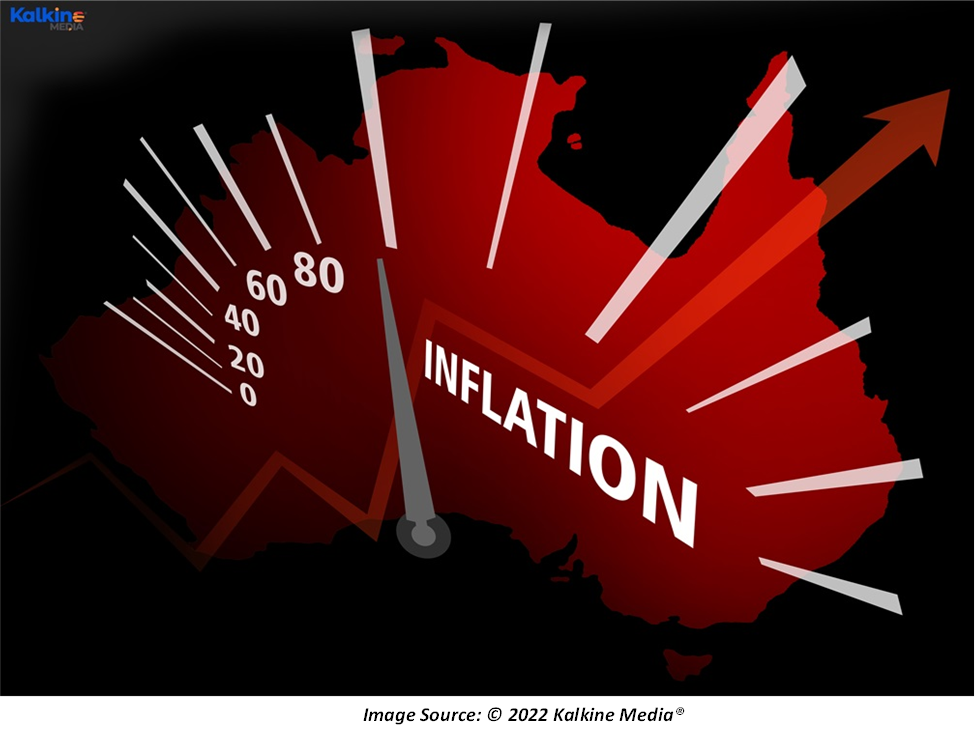 In the monetary policy minutes, the RBA outlined three possible rate hikes that it could have adopted in its May policy decision. The first and the lowest rate hike was 15 bps, which could have given a good start toward the rate hike route but was inconsistent with the previous increments of 0.25%. The second proposed hike was 25 bps, which the RBA ultimately adopted. The final and the highest rate hike proposed was 40 basis points, which would have been a sudden shock to the large borrowing population.

This insight into the rate hike decision lays the foundation stone for the future prediction of a 40-basis-point rate hike. The current hike of 0.25% reflected the RBA’s way of moving toward normal operating procedures, away from a high stimulus environment. The central bank also pointed out that the Board would get an opportunity to set rates within a relatively short period, given that it meets every month for its policy decision.

ALSO READ: How do high interest rates bring down inflation?

Why could RBA prefer bigger leaps to the cash rate?

The labour market is showing unprecedented strength, raising the prospects of future hikes in wages. As job openings remain unfilled and the supply of workers exceeds their demand, businesses might be compelled to offer higher wages. Additionally, there is a great demand for high-skilled jobs in the country. To attract more workers, businesses might have to offer relative higher incomes.

Labour supply shortage is also exacerbated due to the high attrition rate seen currently. As a result, companies might offer rewards and incentives to their employees to retain them in the business. All these factors signify hikes in wages ahead, which can further feed into inflation. PM Scott Morrison’s latest controversial statement on wages revolves around the same phenomenon.

PM Morrison stated that higher wages could be devastating for the economy as they would increase spending in the economy and raise inflation further. Thus, the RBA would have to implement stricter action to combat the rising money supply in the economy. Higher wages are often succeeded by interest rate hikes, especially in a high-inflation scenario. Thus, a faster wage growth rate would mean more proactive policy decisions by the RBA.

Given these factors, Westpac has also highlighted that it expects a rate hike of 40 bps in the June policy meeting, while many other experts are forecasting a safer hike of 0.25%. Additionally, as the US Fed adopts steeper rate hikes, the RBA might also follow suit to keep interest rates at par.

DO NOT MISS: How do US inflation figures impact Australians?