Top corporate carbon emitters failed to disclose the effect of climate risk in their financial statement 2020, reducing the chances of meeting global emission targets, according to a study conducted by the Carbon Tracker and the Climate Accounting Project (CAP).

The Carbon Tracker is financed by around 30 charitable foundations, while Climate Accounting Project (CAP) is an informal team of finance experts and accounting from the investor community and commissioned by the Principles for Responsible Investment (PRI).

In the study, the team reviewed the 2020 filing and other relevant report of 107 global companies across the sectors including Oil and Gas, Aviation, Utilities Cement, Automobile and Transportation, found that over 70% did not disclose the full risks resulting from climate change in their 2020 financial statements. Around 80% of their auditors also showed no confirmation of assessing climate risk when reporting, for example estimates made about impairments on long-lived assets and testing the assumptions, before the financial statements were signed off.

Global accounting and auditing standard-setters in 2019 and 2020 clarified that climate related risks should not be disregarded in the financial statements or in audits. Besides, a significant number of investors asked corporates and auditors to consider the effect of climate risk in terms of investments and accounts.

Another concern raised by the study is the lack of consistency across the financial statements of the corporate. Around 72% of the corporate showed no confirmation of follow through from other discussions of climate risk or emissions targets to their treatments in the accounts or justified any differences, and around 63% of the auditor did not recognize their inconsistencies.

Further, the study added that no businesses used assumption in line with the Paris Agreement into their accounts, which aims to achieve no more than 1.5 degrees warming and net-zero emissions by 2050. The report was released ahead of the global climate talks in Glasgow in November, where various nations are expected to a accelerate efforts to limit global warming. 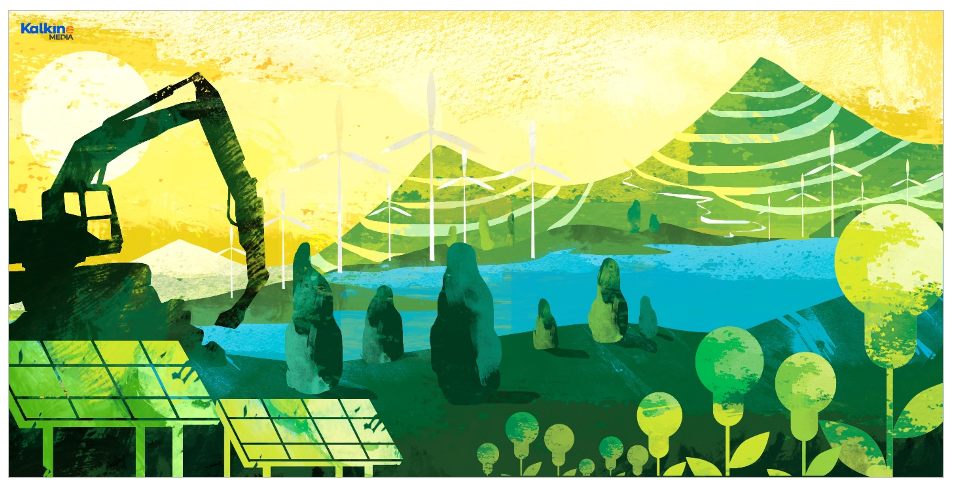 The UK has set one of the most ambitious carbon emission-reduction targets, including major economies such as China, the US and the European Union and has announced emission plans for the United Nations Climate Conference in Scotland.

Earlier, PM Boris Johnson announced that greenhouse gas emissions would be reduced by 78% from 1990 levels by 2035.

The fall in emission between 1990 and 2019 had been due to reduction in dependency on coal by electricity supplies, industries such as manufacturing and waste are controlling emission of halocarbons, methane, and nitrous oxide as well as more efficient industrial processes and a structural shift away from carbon-intensive manufacturing and a smaller and cleaner fossil fuel supply industry are controlling methane emission, all this together account for around 90% of the decline.

Britain is the first Group of 7 member to sign the North Sea Transition Deal to support the transition to clean, green energy from the tradition oil and gas sector, and though this agreement the sector has committed to slash carbon emission by 50% by 2030.

Ahead of COP26 submit the country launched the campaign, Together For Our plant calling on public, companies, schools and civil society groups to take action on climate change.

The UK government is also planning to meet the reduction target by investing and capitalising on new green technologies and innovation. It is also bringing in blueprints for transitioning to a net zero economy and to support the public to reduce carbon technologies, including transport Decarbonisation Plan and publishing the heating and building strategy this spring.

Also read: Is New Zealand on the right path to become a zero-carbon country?