The Australian property market has seen a drastic change in its dynamics over the last two years. Most of the present-day surge in property prices can be attributed to record-low interest rates set by the central bank early during the pandemic. While property demand has been strong, the underlying supply constraints have been a persistent issue fuelling price pressures in the housing market.

The shift in demand and supply dynamics have somewhat changed the foundational structure of the Australian property market. In the given scenario, it seems imperative to understand what the pandemic means for the Australian real estate market.

Here is a list of factors highlighted by the property consultant CoreLogic in its latest report, which explains how the Australian property market has transformed since the onset of the pandemic:

The national Home Value Index initially showed a small decline when the pandemic broke out. However, the index soared rapidly from January 2021 onwards, marking a leap of 24.6% between the end of March 2020 and February 2022.

The property consultant highlighted that low-interest rates, high household savings, government grants and a sharp reduction in housing supply have contributed to the price surge seen in the sector. The median Australian dwelling value increased AU$173,805 to AU$728,034 by February 2022.

As per the property consultant, the Australian property market saw a rise in the proportion of first homebuyers over the past two years. Amidst favourable market conditions for first-time buyers, many individuals who did not own a house decided to enter the market.

The recent data from the Australian Bureau of Statistics (ABS) showed that the number of mortgages given to first homebuyers increased between 2017 to 2019. As the pandemic ensued, the HomeBuilder scheme provided further impetus to their movement, alongside the First Home Loan Deposit Scheme and other state-based grants and stamp duty concessions.

According to the property consultant’s Rent Value Index, rental valuation surged 11.8% since the end of March 2020 till February 2022. The recent rise in rental rates has been a consequence of the swift pace taken by the housing prices.

As rental services like Airbnb became more popular, rental supply dwindled in the economy. This shift in rental accommodation toward tourists worsened the country’s already short supply of rental housing. However, gross rental yields decreased as they form a portion of the purchase price of a property, which has risen rapidly since March 2020.

DO NOT MISS: Australian household spending jumps in January 2022, will the momentum continue?

The almost unbelievable surge in mortgage lending over the past two years has largely stemmed from one factor - record low-interest rates. The official cash rate target was set at 10 basis points in November 2020 and has been the same ever since. 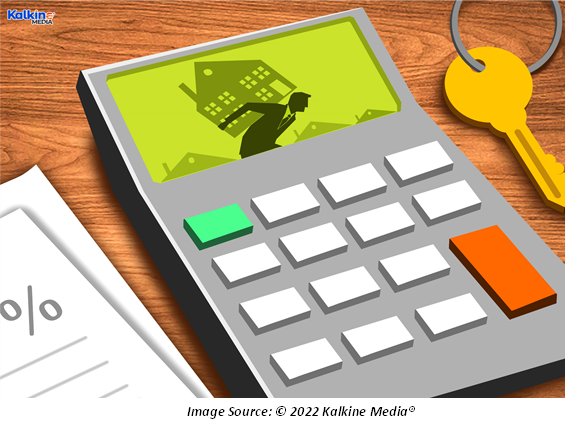 Data by the ABS further confirms the fearful observation that new finance borrowed for purchasing a property continued to hit record highs through January 2022 at AU$33.7 billion. While buyers have utilised the low-interest payments, the overall high cost of their houses painted affordability concerns. Worries over affordability have become more pronounced, given the fact that households incomes have not risen by as much as the surge in housing prices.

Interestingly, the gap between house and unit values has risen considerably under recent factors. Investors preferring units over individual houses have been lesser during the high demand phase. Additionally, as individuals took solace inside the confines of their houses during lockdowns, owning a separate house became their utmost priority.

The latest data from the property consultant suggests that the median housing value across Australia reached 29.8% above the median Australian unit value.

More people decided to head toward the regions as remote working became a common norm during the pandemic. A corresponding slowdown was observed in the number of people shifting to cities.

Across the regional areas, dwelling values have risen by 40% since March 2020, while home values in capital cities have increased by around 21%.

ALSO READ: Why is stagflation back on investors' minds?