Will El Salvador and Hungary's embrace of Bitcoin make it immortal?

El Salvador created history on 7 September 2021, when it became the first nation to recognise Bitcoin as legal tender. Salvadoran President Nayib Bukele's move to embrace cryptocurrencies was historic, and the crypto community was flooded with joy.

Supporters of cryptocurrency applauded the move toward legitimising the new asset, but the effect on bitcoin taxation, legislation and acceptance in other nations is yet to be seen.

Will El Salvador and Hungary's embrace of Bitcoin endow it with immortality?

The question now is, which country will be the next to enter the race? For example, Hungary could be the following country to join the race, sooner or later.

Satoshi Nakamoto, the anonymous inventor of Bitcoin, was recently honoured with the unveiling of his first statue in Budapest, Hungary. Although the identity of the mythical creator remains a mystery to the rest of the civilised world, the bronze statue recognises the legendary creator's significant contribution to the collapse of traditional cash.

Furthermore, legislators from Panama, Argentina, Brazil and Paraguay turned to social media to endorse the move made by the Salvadoran assembly to recognise Bitcoin as legal tender. 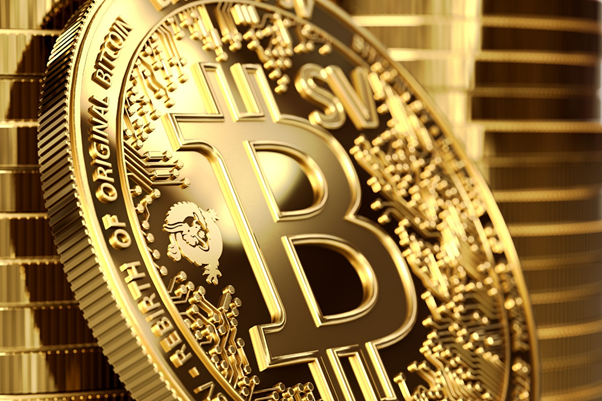 Related Article: Is Gold as attractive as Bitcoin?

Why El Salvador embraced bitcoin as a legal tender?

El Salvador believes that being the first to open its doors to bitcoin completely will boost its economy. In addition, investors and traders applauded the decision to make bitcoin legal tender, which refers to money in the form of banknotes and coins that can be used to settle a debt.

President Nayib Bukele feels that this will inspire bitcoin investors to invest more capital in his nation. He even intends to use the energy from volcanoes to mine bitcoin utilising El Salvador's state-run geothermal utility. 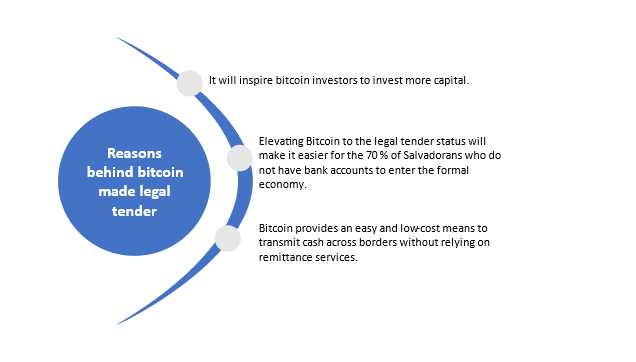 President Bukele believes that elevating Bitcoin to the legal tender status will make it easier for the 70 % of Salvadorans who do not have bank accounts to enter the formal economy.

El Salvador depends significantly on remittances from overseas workers. According to World Bank data, money transfers to the nation totalled about $6 billion in 2019, accounting for nearly a fifth of GDP, one of the highest percentages in the world.

In theory, Bitcoin provides an easy and low-cost means to transmit cash across borders without relying on remittance services, which are frequently utilised for such transactions. El Salvador has also begun the installation of 200 bitcoin ATMs, which will enable individuals to convert cryptocurrency into dollars.

Each ecosystem eventually experiences a significant transition; therefore, the correct precursor is all that is needed. And, for the financial ecosystem, cryptocurrency should serve as the cornerstone, with Bitcoin's development dating back to 2008.

Although dozens of other crypto players seek to replicate what Bitcoin has accomplished, it remains the world's most popular digital asset, even in 2021. It's also the first cryptocurrency with a statue dedicated to its creator.

In Budapest, Satoshi Nakamoto was honoured with a statue, and there, Bitcoin is gaining due acclaim thanks to its thriving community. The hooded structure of the statue, which was installed in Budapest's Graphisoft Park, resonated with Gen Z and Gen Y digital culture.

Considering Satoshi's anonymity, however, representing him was incredibly challenging. On the other hand, the work of art turned out perfectly, with the face being the most exciting aspect of the sculpture. Satoshi's face, formed of a bronze-aluminium combination, indicates something far deeper than his identification, according to Andras Gyorfi, a painter and one of the few people behind the honour. 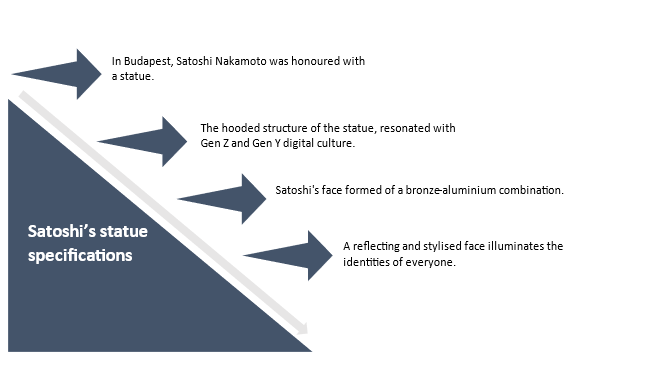 A reflecting and stylised face also illuminates the identities of everyone looking directly at it. This strategy, from a philosophical standpoint, transmits the idea that the crypto sector is no longer a bubble economy. But, without associating itself to a single identity, it covers every person, whether indirectly or directly.

Even though the idea of blockchain has been around for an extended period, Bitcoin's creation first made it commercially viable. At the same time, the mystery surrounding Bitcoin's inception remains a secret. Therefore, it would be fair to credit Satoshi Nakamoto as the inventor, as he did more than reveal something revolutionary.

Satoshi sparked a philosophical revolution with far-reaching ramifications. He did not simply create Bitcoin a reality, but he also wrote a whitepaper with details about the intricacies of this crypto player, including the goal, strategy and implementation.

Despite the lure and potential of becoming a key personality in the crypto world, Satoshi Nakamoto's identity was never disclosed. Despite the possibility of symbolic immortality, Satoshi preferred to stay anonymous to retain Bitcoin's status as a decentralised system and make sure that it cannot be tied to a single individual.

Related Article: How to Invest in Bitcoin?

What are the prospects for the future?

The statue of the anonymous Bitcoin inventor in Hungary unites everyone with the message that there is no single identity behind Bitcoin's evolution but that everyone involved is responsible for its growth and success. Furthermore, Satoshi's immortal statue emotionally links people, potentially giving Bitcoin an eternity.