The Nigerian government in the last few months has tried to crack a whip on the cryptocurrency trade and has failed miserably. According to latest data by Useful Tulips, peer-to-peer trading in bitcoins in Nigerian naira has rapidly increased in 2021. According to Paxful platform, Nigeria is now the second country with the most Bitcoin trading transactions after the US. In December 2020, the dollar volume of crypto received by users in Nigeria was US $684 million, which increased to US $2.4 billion in May 2021. But observers feel the true scale of crypto flows in Africa’s largest economy is much larger with a large bulk of trades going untraced by analysts.  Recent data suggests that the current P2P volume is US $18.8 million in the Sub-Saharan Africa, which makes it the leading region by Bitcoin adoption after the US.

As per a Statista survey, 32% of respondents in Nigeria actively use and trade in cryptocurrencies. Besides, Nigeria ranked eighth in Chainalysis 2020 report on cryptocurrency adoption across the world.

Experts feel there are a number of factors such as political restrictions, asset control and inflation, which has fuelled the tremendous rise of cryptocurrencies in the country lately.

There are many reasons behind the surge in trading of bitcoin in Nigeria. It is primarily due to the political unrest and rampant inflation. The young in the country are keen on breaking the economic slowdown in the country and want to invest and trade in bitcoin and other smaller, newer cryptocurrencies to make some quick money. 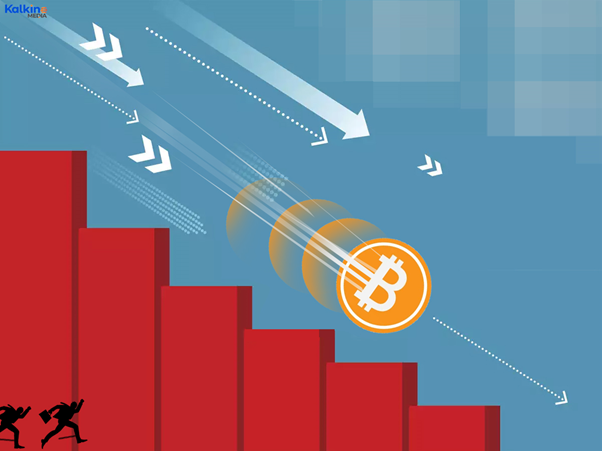 The trading of cryptocurrency in foreign currency by the remittances into Nigeria from those working abroad was worth more than US $17 billion in 2020. This played a huge role as digital currencies can offer insurance against exchange rate fluctuation. So, in the last five years, the value of the Nigerian naira has plummeted almost 30% against the dollar.

Also read: Bitcoin vs Ethereum: Their journeys so far

In 2021 due to slowdown in the economy, the Nigerian naira has been losing value with the inflation rate touching almost 18%. The US dollars are hard to obtain in Nigeria most of time, therefore, bitcoin sometimes serves as a proxy for the dollar, allowing people to hedge against naira’s inflation as most of the goods sold Nigeria are imported. Due to this extreme situation, US dollars are in high demand and there is often a shortage in the market.

Bitcoin trading has also served as a protection for those government prohibitions in the country.

In October 2020, Nigeria was shaken by the largest protest in decades known as “EndSARS” movement, as thousands of people marched against police brutally and the infamous Sars police units, during the protest more than 50 protesters were killed.

The bank accounts were suddenly suspended of the civil society organisations, protest groups and individuals in favour of the demonstrations who were raising funds to free protesters or supply demonstrators with first aid and food.

Further, 13 young women came into focus after they raised funds for protest groups and supported demonstration efforts and their accounts were also suspended. The group began taking bitcoin donations and raised US $150,000 for its fund through cryptocurrency.

The bank account of a leading figure in one civil society organization, just because he said digital currencies were now a key insurance against hostile interventions.

The episode reinforced the need many Nigerians felt to insure themselves against sudden moves by the authorities and many organisations now keeping some of their finances in cryptocurrencies.

In February, the Central Bank of Nigeria asked banks to close the accounts of all customers using cryptocurrencies and said it would “identify persons and/or entities” making transactions in crypto or face sanctions.

However, at first the ban has blown an emerging market of cryptocurrency brokers who were depended on the commercial banks to facilitate transactions between sellers and buyers, but many customers found workarounds. Many are now depending on less secure, less transparent OTC channels, as well as communication platforms like Telegram and Whatsapp groups where people trade directly. All this made cryptocurrency trading harder to monitor, less safe, and difficult to detect frauds.

Also read: Is buying Tether at this point advisable?

Crypto platforms have also adjusted to the reality. Some platforms saw a decrease in trades. For others, the clampdown has increased demand for cryprocurrencies. In the first five months, the Nigerians traded 50% more than in the same period last year.

The Securities and Exchange Commission of Nigeria has been more open to creating a more regulated environment for cryptocurrency transactions.

In February, the government prevented regulated banks from accepting crypto transactions. Then in late July, the government announced a pilot scheme for a new centralised digital currency with the hope that it will reduce incentives for those wanting to use unregulated crypto. However, the regulatory plan has been unsuccessful so far.

But these measures have been to discourage Bitcoin trading, with exchanges reporting a continued rise in transactions this year as they have also inadvertently caused it to become more popular. All this is an example for governments around the world, as many of which are now thinking hard about how to regulate digital currencies.

Also read: Britcoin or Bitcoin: Which one is UK’s future currency?

The governments in Egypt, Turkey and Ghana have also imposed control in cryptocurrencies to clamp down on its trading.

However, all these restrictions are almost missing or easily breached in Nigeria, making it an easy market for cryptocurrency trading. On an average, the bitcoin transaction in Nigeria has seen an increase of 400% compared to last year.