The Shiba Inu cryptocurrency, popularly known as the “Dogecoin-killer”, has been making a comeback with enormous recovery. It is a decentralised cryptocurrency introduced in the month of August in the year 2020 by a mysterious founder known as "Ryoshi."

Over the last few days, the altcoin has seen enormous growth, bringing it back into the crypto spotlight. Thanks to Elon Musk's newest tweet about his puppy and an unidentified purchaser's coin shopping spree, SHIB has more than tripled in value and is currently the world's 20th largest by market value. 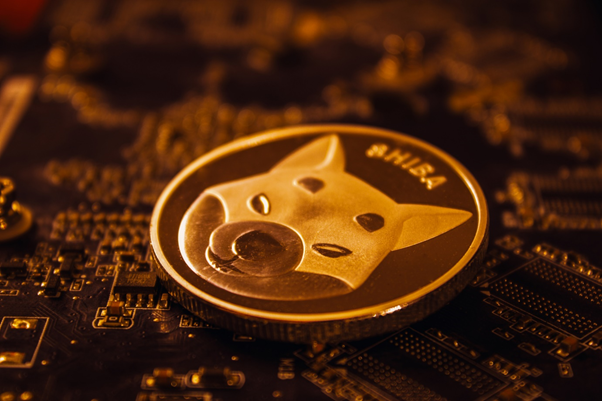 What are the reasons for Shiba Inu's price hike?

An anonymous purchaser decided to embark on a SHIB coin purchasing binge. In just two days, he bought nearly 6.3 trillion coins. The whale commenced his rampage on 1st October when he surfaced to purchase a massive 6 trillion SHIB coins worth around $43,838,900.

The return of the "Dogecoin-killer" Shiba Inu

Moreover, it is not the first time a whale has influenced the meme coins fate. Shiba was formed in August 2020 to reap the benefits of Dogecoin's growing popularity, which triggered a rush of investors into the cryptocurrency sector. Shiba Inu, on the other hand, levelled up faster than Dogecoin.

In addition, the Elon Musk, the CEO of Tesla, or the 'Dogefather' himself shared an adorable photo of his own Shiba Inu puppy called 'Floki Frunkpuppy' on Sunday night, causing Shiba prices to rise.

Elon Musk is a driving force behind the digital-asset boom of 2021. Even his minor attention have resulted in significant changes in the crypto space.

Related Articles : What is the Shiba Inu Coin? How much is it worth?

Shiba, dubbed the "Dogecoin Killer" when it first entered the crypto market in August 2020 as a competitor to DOGE, has witnessed massive growth recently. Ryoshi has advocated for the coin's nickname "Dogecoin killer," arguing that Shiba's technology is much more community-driven than its competitor.

The two digital assets have been generating a lot of buzzes. Even though Dogecoin has existed for a long time, it has recently witnessed massive acceptance and price hikes as investors adopted a disruptive strategy to garner popularity.

The total value locked (TVL) of Shiba Inu soared to close to $2 billion in the month of June and July, indicating that investors were highly interested. Hence, whale interest has strengthened Shiba Inu's market position in recent months.

Moreover, there is a massive difference in the market caps of both coins. But, Shiba's value has skyrocketed in such a short period.

Thus, SHIB has shown the potential to surpass the market cap of other leading cryptos. However, even if the Shiba community is enthusiastic and working hard to put the coin at the top, it will not be a trivial task because the close rival doge has a much larger market value. Though, if Shiba continues to rise at its current growth rate, a significant breakthrough could be possible.

Related Articles : Why Musk’s tweet about his dog did wonders for Shiba Inu

Shiba Inu, the "Dogecoin-killer," has returned to the crypto spotlight with a price increase. In addition, anonymous SHIB whales bought vast parts of the crypto asset. Shiba Inu's market position has been bolstered by a surge in popularity on social media, with nearly a million followers on Twitter. All of this indicates that Shiba has the potential to surpass other cryptocurrencies in the market, including Dogecoin, if it continues to grow at the current rate.