After months of speculation, mobile-based crypto mining app Pi Network went live with its mainnet on Wednesday, December 29, the underlying blockchain technology allowing peer-to-peer and peer-to-app transfers within its network.

The network will also initiate new mining simulation under the mainnet phase. The mining rate will now reduce, adjusting with the limited Pi coin supply.

Regular Pi miners, also known as Pioneers, with access to Pi wallet, can now see both Testnet and Mainnet balances. However, as of now, everyone’s Mainnet balance will reflect as zero. After users clear the KYC process, they will be able to transfer their balance to the mainnet.

Rumors of Pi network listing on a crypto exchange has been doing rounds for a while.

But the network has categorically stated on the app that they are not running any initial coin offering (ICO) or crowdfunding sales of Pi. In other words, buying and selling of Pi coin is not currently possible. However, the withdraw or exchange facility may be active after the network transitions in to a fully decentralized blockchain.

As a result, it is difficult to put define Pi’s value and utility.

Read more: What is Pi Network all about?

How does Pi work?

Pi Network, a bootstrapped project by some Stanford graduates, was launched in 2018. Mining Pi doesn’t require any investment, but just a smartphone. It allows Pioneers to mine with a tap on the screen via its smartphone app. The network relies of the “Security Circles” to establish trust nodes.

Earlier, the network halved its mining rate every time its network size swelled 10 times. The project currently has 30 million engaged Pioneers and the next halving event will occur when the network hits 100 million users. Pi’s total supply is undefined.

Pi aims to distribute its tokens among the wider population who have limited knowledge and access to cryptocurrencies. 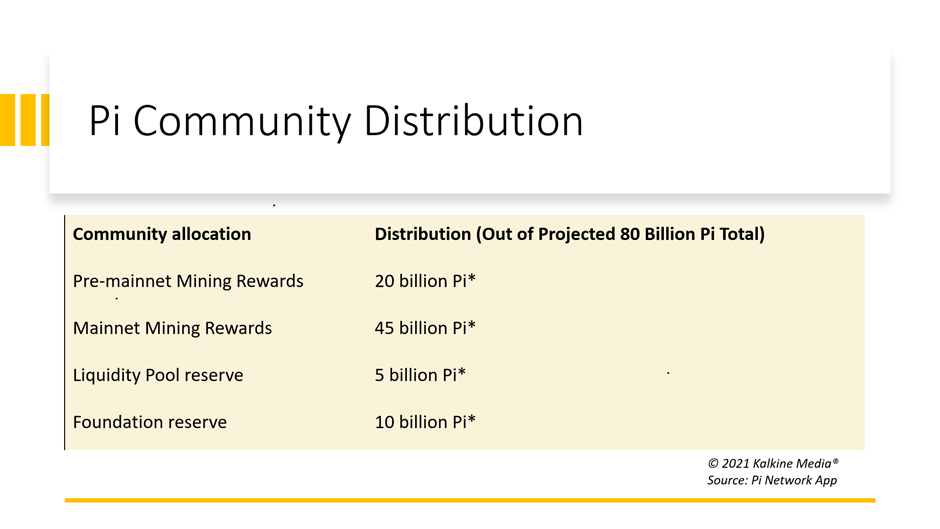 Pi Network’s mainnet can be accessed via wallet and app on the Pi Browser.

The developers aim to allow Pi coin for exchange and transfer of goods and services. However, one cannot exchange Pi for fiat currency or any other cryptocurrencies.