How much are you ready to pay for a JPEG image file for the painting of Mona Lisa at an auction given all the genuineness of the image file?

About $1000 would be enough, right? Ever heard a JPEG file for digital only existence being auctioned for $69 million? If not, then brace yourself.

Beeple, a digital only JPEG image made by digital artist Mike Winkelmann, just got sold at an auction on Christie's website for $69 million.

Surprisingly, the winning bidder in this case will not receive the image or sculpture or even a print.

Since this incident, sceptics all over the world have come out and expressed concern off an upcoming bubble that is going to burst.

So, what are NFTs?

In simple words, a fungible asset is something that can be readily interchanged and that is measurable by some units, such as money.

One $10 note can be interchanged by two, five-dollar notes and yet both will have the same value.

However, a non-fungible asset can be easily identified if it cannot be interchanged. You can always take the photo of the asset in the digital world.

As soon as the digital artwork is purchased, it is tokenized, or you can say a sort of digital certificate is created that can be bought and sold.

Something similar to what we have seen in the case of cryptocurrency, where the record of the true owner is stored in a common ledger known as blockchain that is maintained by thousands of computers all across the world, so that any forgery can be pinged by one or all the computers.

Some experts have argued that NFTs are part of the Ethereum blockchain. Here it is important to note that other blockchains can implement their own versions of NFTs. 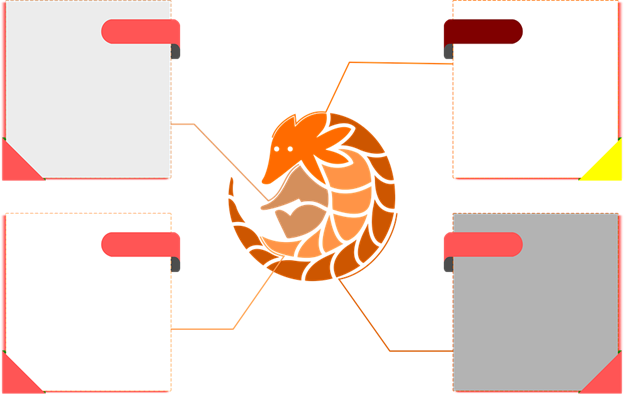 Some key NFT characteristics at a glance:

Non-interoperable:  As a digital collectible NFTs does not offer the flexibility of interoperability.

Indivisible: Unlike bitcoin, NFTs cannot be divided into smaller denominations. They either exist exclusively as a whole item or they don't.

Indestructible: Again, blockchain is the savior, since all NFT data is stored via smart contracts and by the virtue of the technology itself the token can neither be removed, destroyed nor replicated.  Ownership of NFT cannot change hands, what it means is anyone who possesses the NFTs actually hold them and not the companies/entities who created them in the first place. For example, anyone can pay for the license from the iTunes store to listen to the music, they don't actually own it.

Verifiable: One of the biggest advantages of storing ownership data on the blockchain is that the actual owner of such digital artwork can be traced back. The process of authentication becomes faster without the involvement of any third party.