Ripple’s XRP token is back on its bull-run even despite the ongoing legal tussle to resolve litigation from the US Securities and Exchange Commission (SEC). Ripple’s XRP token has grown more than doubled to US$ 1.96 per piece in the past one week. It is an eye-popping recovery for Ripple since 2018. The coin is glittering again, up 100 per cent up against its 52-week low of US$ 0.1742.

Meanwhile, Elon Musk’s favorite meme-based cryptocurrency Dogecoin has recorded a new all-time high of US$ 0.145308, soaring over 28 per cent in the past 24 hours.

Let us look at interesting price movements from these growing crypto tokens and catalysts behind their growth:

The token has skyrocketed by 691 per cent year-to-date (YTD), led by the mainstream acceptance of cryptocurrency and Coinbase’s direct listing on NASDAQ. The crypto coin’s market cap is US$ 175 billion, which ranks on the fourth number. However, the token is down today more than 8 per cent and trading at US$ 1.75 per unit.

If Ripple manages to reach an arbitration with the securities commission, it could cross its record high of C$ 3.40 apiece this year. However, Ripple developers have recently filed a motion to terminate the SEC’s lawsuits against the network.

The regulator sued Ripple for allegedly selling unauthorized securities worth approximately US$ 1.3 billion. If the US judiciary gives a judgment in favor of Ripple, the US-based virtual currency exchanges are most likely to resume XRP’s trading.

Crypto analysts will keenly be watching the coin to surpass the psychological resistance of US$ 2.0 per token. XRP’s total supply stands at 99.99 billion, and its one-day volume trading is almost US$ 23 billion. 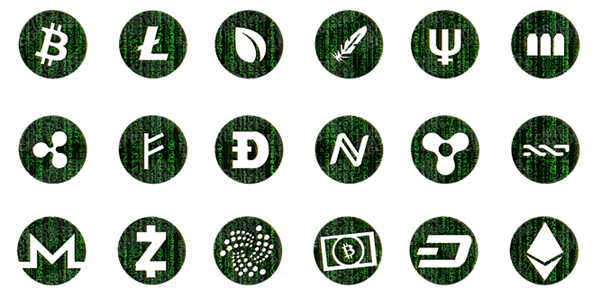 The dog-mascot crypto token has been mooning to a new all-time high, and its credit goes to the Tesla Chief Elon Musk. It has a stupendous year-to-date return of 2,789 per cent, with a large-cap stock worth market of US$ 18.20 billion. Its total supply has also improved to 129.06 billion.

Elon Musk’s meme-fest has raised ‘Doge’ traction among crypto enthusiasts and buyers. The EV maker has nearly 50.8 million followers on Twitter that tend to get influenced by his posts. These social media-based intraday traders have been pushing Shiba Inu dog-themed crypto coin. Most of them are setting a hold target level of US$ 1 per Doge.

Its one-day volume trading volume is US$ 18.38 billion, which is more than its market cap due to the massive volatility and frenzy buying.