The world of blockchain technology is an ever-evolving industry, with each newly created project aspiring to address the imperfections of the preceding projects.

Ever since Ethereum’s launch, which marked the first smart contract-driven blockchain allowing for the hosting of decentralised applications (DApps), each subsequent blockchain has addressed the various impediments holding back its functionality – the most prominent of which is scalability.

However, that’s not to say Ethereum’s network is unusable; in fact far from it. In fact, it boasts the largest platform in the world hosting literally hundreds of applications and programs spanning a network which is used by more people than any blockchain besides Bitcoin.

Is Cosmos Potentially the Most Important Project in the Crypto Space

But now a project has come along that many say is the answer to the issues facing not just Ethereum, but a whole array of existing platforms. The project is called Cosmos and it is making a name for itself as the saviour of blockchain technology.

Cosmos began development as early as 2014, although a whitepaper for the project wasn’t published until 2016.

The project was founded by Jae Kwon, Zarko Milosevic and Ethan Buchman. Kwon, who was the initial architect, has since moved on to other projects yet remains involved in Cosmos’ development and future direction.

Cosmos describes itself as a project which addresses some of the most prominent issues facing the blockchain industry. Specifically, it claims to provide a solution to  slow, expensive and unscalable platforms as well as providing a proof-of-work protocols, like those used by Bitcoin, but instead make it environmentally friendly by offering an ecosystem of connected blockchains.

Moreover, due to a modular framework that demystifies decentralised apps, the project makes blockchain technology less complex for developers.

Perhaps most importantly, however, Cosmos prevents fragmentation in the industry by making it simpler for blockchain networks to communicate with one another – a unique innovation, which many say is an industry game changer.

One of the biggest issues facing blockchain technology is the fragmentation of the industry – meaning, for all their advanced and innovative technology – very few blockchains can communicate with one another. Each blockchain is essentially an island onto itself.

The purpose of Cosmos is to change this by creating an infrastructure which is not only easy to use, but will allow the integration of other blockchain platforms. This means that applications that exist only on Ethereum, for example, will be able to be accessed on other platforms.

Cosmos is described as Blockchain 3.0 – the first being Bitcoin, 2.0 being smart contract blockchains like Ethereum. And now the third incarnation – Cosmos. 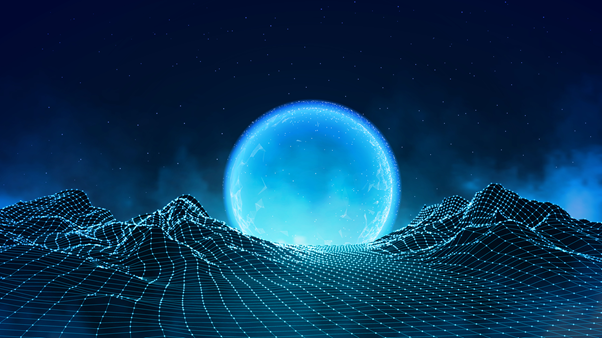 The native token of Cosmos is the ATOM and it began the year valued at US$5.87 on January 1, 2021. From there, the price took off and reached a then-record high of US$28.75 on May 7 before it suffered a dive on the back of the infamous Bitcoin crash.

The last three months have seen ATOM achieve astounding growth however, having risen from US$8.87 on June 23 to US$39.67 where it sits on September 20.

Additionally, there are slews of blockchains being released on a monthly basis – each one trying to out do the rest.

It could be that Cosmos is simply talking a big game and while it has lofty ambitions, it could be its eyes are too big for its stomach.

On the other hand, it doesn’t seem like the Cosmos team are alone in singing the praises. Many others in the crypto space genuinely seem to see this project as a potential game changer. The next step on the evolutionary ladder of blockchain technology.

The question is, if Cosmos be the saviour it’s being hailed as. Until that question is answered, it’s hard to imagine its ATOM token going anywhere but skyward.