Bitcoin is grabbing eyeballs again. The currency continues to climb and is closing in on the levels not seen since it reached its highest ever mark three years ago.

The Need for a Risk Hedge Surges 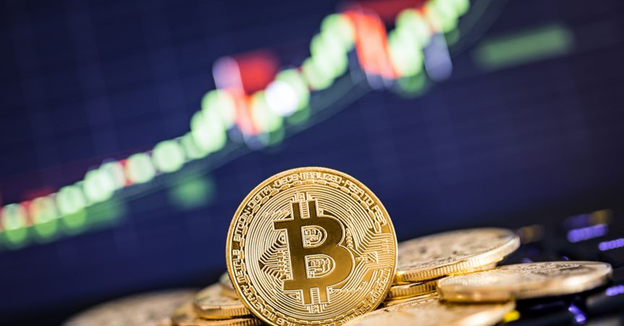 The current market speculations and considerable uncertainty across risk assets, including equities and commodities over another emerging wave of COVID-19 cases, seem to be propelling the sentiment around the digital asset originally developed for safeguarding one’s wealth during the mayhem.

Apart from a considerable market risk hovering over risky assets, other potential reasons such as higher acceptance are also lifting the market mood around the currency, which now looks set to test its previous all-time high.

Furthermore, against a macro backdrop of never seen levels of fiscal stimulus and low or negative interest rates, many investors are diverting their money into crypto assets.

Many industry experts anticipate that with current computational power and hash rates, the next halving would fall on 8 May 2024 21:09:46 UTC.

With more blocks being mined thanks to higher computational power, it could eventually lead to a supply squeeze in bitcoin, which might bode well for Bitcoin to scale the psychological USD 20,000 mark. 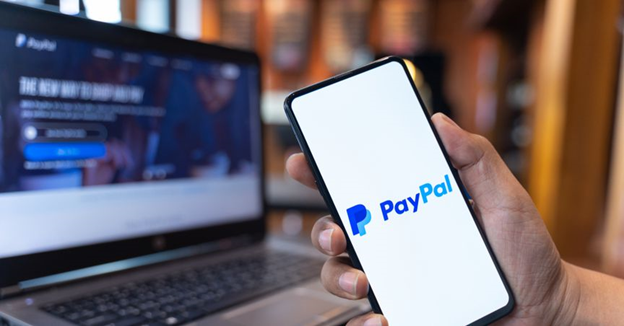 On 21 October 2020, PayPal disclosed its intention to enter the cryptocurrency space by allowing its customers to transact in Bitcoins and various other cryptocurrencies through their PayPal accounts. Furthermore, the Company envisions to enable its ~ 26 million merchants to accept bitcoin as a source of financial transactions and ownership transfer.

To begin with, the global payment technology giant would enable four currencies on its platform, namely, Litecoin, Bitcoin Cash, Ethereum, and Bitcoin.

To Know More, Do Read: PayPal throws its hat in the cryptocurrency ring, Bitcoin to become ubiquitous 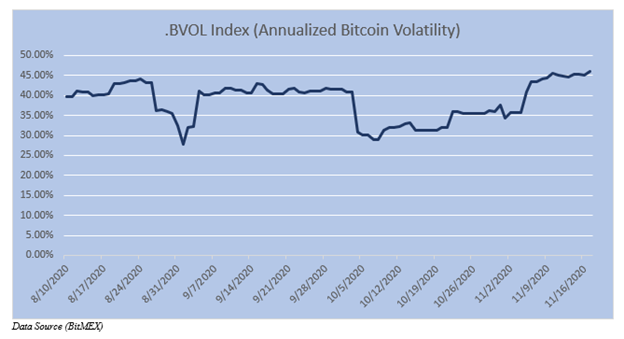 As could be seen from the above chart, Bitcoin is witnessing heightened volatility. The annual volatility figures have climbed over 45 per cent, suggesting that there is a 45 per cent deviation from the mean return over the selected period of 10 August 2020 to 18 November 2020. 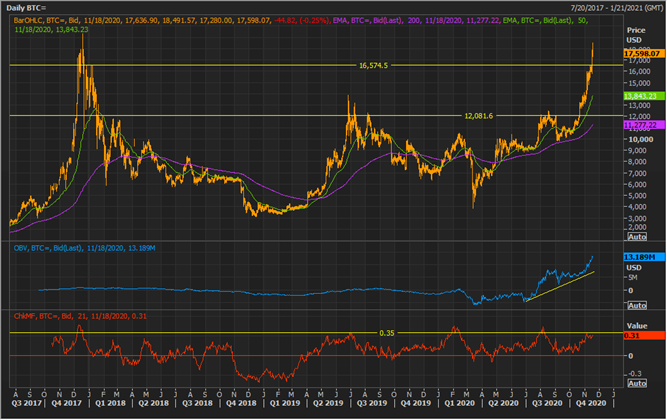 On the daily chart, it could be seen that Bitcoin has gained considerable momentum in the last couple of months, crossing both medium-term resistance of USD 12,000 and USD 16,500. At present, bitcoin prices are hovering around the USD 18,000 mark – a psychological resistance.

Currently, the Chaikin Money Flow has tested the resistance once and should be monitored ahead as it is one of the leading indicators. 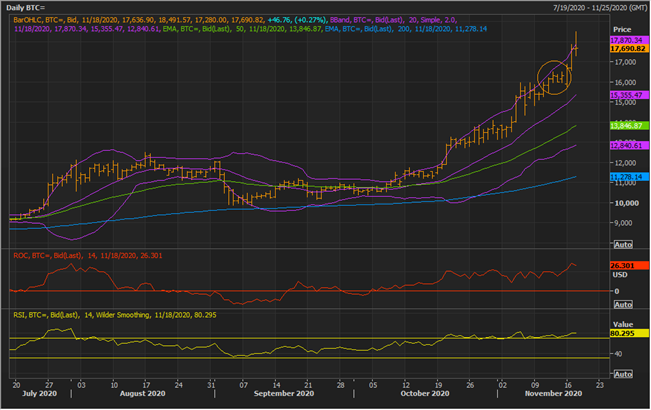 A further scrutiny of the recent price behaviour reveals that the currency has now given a volatility break with prices breaching the +2 Standard Deviation of the 20-day simple Bollinger Band®.

The ability of bulls to keep the volatility breakout intact would decide the short-term price action of the currency. Also, over the short-term, Bitcoin prices have shown a few inside bars, which have been followed by an outside bar, as marked with a circle on the above chart.