NZ Windfarms (NZX:NWF): What is it offering in its latest market update?

NWF Board provided a market update on Tuesday. The Group announced Craig Stobo as its new director with his tenure to begin on 1 February 2022. NWF’s Board intends to vote Craig as the Chairman at the beginning of his first Board meeting.

NWF also notified the market that it was trying to gain repower and reconsent of the Te Rere Hau wind farm suggested for fast-track resource consenting.

The Group plans to put forward a request to the Ministry of Environment through an application in the present week for the same. Aurecon and a group of individual specialists have been assisting the Company in the process. 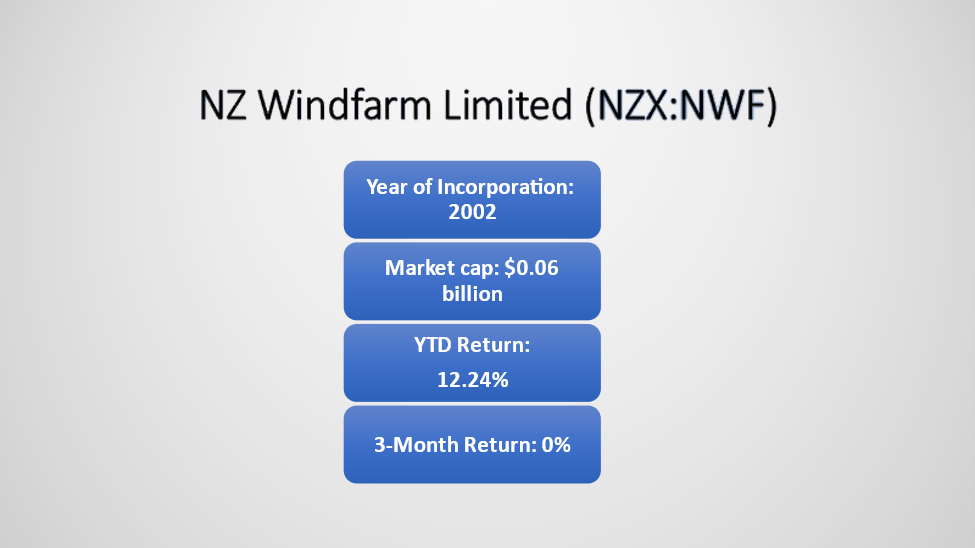 Warren Koia, NZ Windfarms Chief Executive, stated that the team would wait for a decision eagerly and the project would accomplish the objective of the COVID-19 Recovery Act 2020. The decision is likely to be made in the first quarter of 2022.

DO READ: Look at 5 NZX energy stocks amid government’s update on biofuels

The Board also announced a dividend of 0.15cps for the first quarter of FY22, due to be paid on 31 December 2021. NWF expects its FY22 EBITDAF to be significantly greater than FY21, majorly because of higher forward prices at the time fixed price variable volume deals were implemented.

NWF considers itself blessed to be one of the top wind generation players. The Group’s 92 turbines with a capacity of 46MW generate enough electricity to light up 16K homes or over 50% of households in Plamerston North, by making use of clean and renewable energy.

If electricity had been produced by using a gas-fired power plant, it would emit nearly 64K tonnes of carbon dioxide equaling to the extra energy emitted by 23K cars on the road.

NWF plans to keep going with discussion with impacted parties, persist to expand its resource agreement and the evaluation of environmental outcomes for the repowered windfarm.

The Group will also continue to pay sustainable dividends quarterly and produce renewable wind energy for all of NZ.