Green hydrogen is crucial for the green energy transition of NZ as it reduces the country’s dependency on fossil fuels for food and energy.

What is NZ doing to develop its green hydrogen technology?

Ballance Agri-Nutrients Limited and Hiringa Energy Limited have collaborated for a major clean-tech project at Taranaki. The $50 million project will be based on Ballance’s Kapuni ammonia-urea plant, where electricity will be produced by 4 wind turbines to give power to the plant and produce hydrogen from water through electrolysis.

Let’s have a look at how these 4 NZX energy stocks doing. 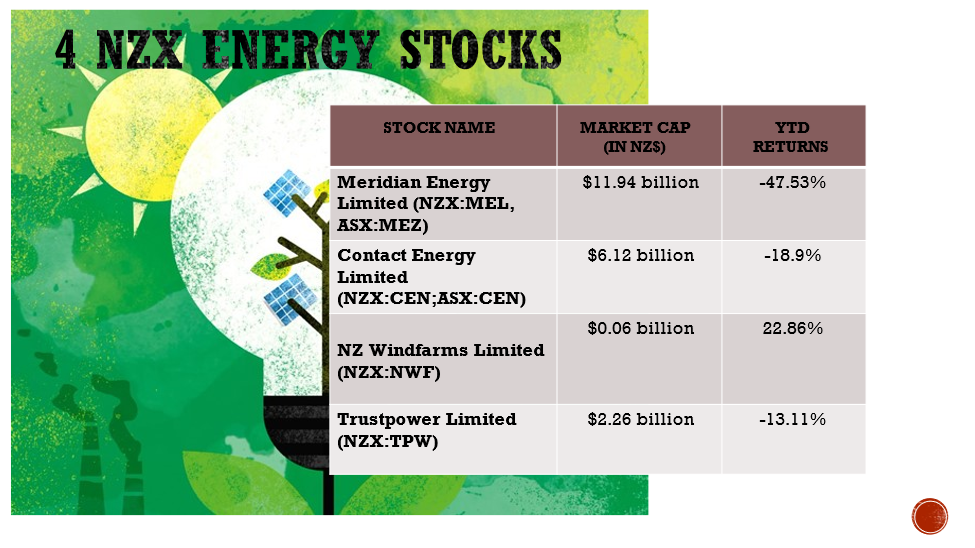 DO READ: Contact (NZX:CEN): What is its latest monthly report all about?

CEN’s wholesale business delivered an electricity and steam net revenue of $83.30/MWh in the month, up from $70.29/MWh for December 2020. This business also contracted wholesale electricity sales totaled 644GWh.

The Group intends to transform NZ into a 100% renewable electricity system.

NZ’s specialist wind farm owner and operator, NWF, appointed Craig Stobo as its new director, who will begin his tenure from 1 February 2022.

ALSO READ: Which are the top 4 NZX energy stocks for 2022 and beyond?

NWF also submitted an application in December to apply for consent and repower the Te Rere Hau wind farm to the COVID-19 Recovery Act 2020 and fast-track the approval process.

Trustpower, which provides an array of services provider related to the internet, energy and phone, released its operating report for the quarter ended 31 December 2021. The Group retained its EBITDAF expectation to be between $210 to $225 million and expects its capex to be in the range of $34 million to $44 million for FY22.

DO READ: How are 4 NZX energy stocks faring amid Tonga’s volcanic eruption?

Retail stayed steady during the quarter despite COVID-19 while mobile connections continued to show growth.

NZ wants to become carbon neutral by 2050 and is on a path to a low-emissions and climate-resilient future.