New Zealand boasts a strong network of energy companies, mainly generating electricity from renewable sources. In fact, it has one of the highest rates of renewable energy as a portion of primary supply among the OECD countries.

Also, by 2035, the NZ government is committed to sourcing 100% of the nation’s electricity demand from renewable sources.

With this background, let us explore two NZX-listed energy stocks- Meridian Energy Limited (NZX:MEL) and Vector Limited (NZX:VCT) which are declaring their dividends in April. 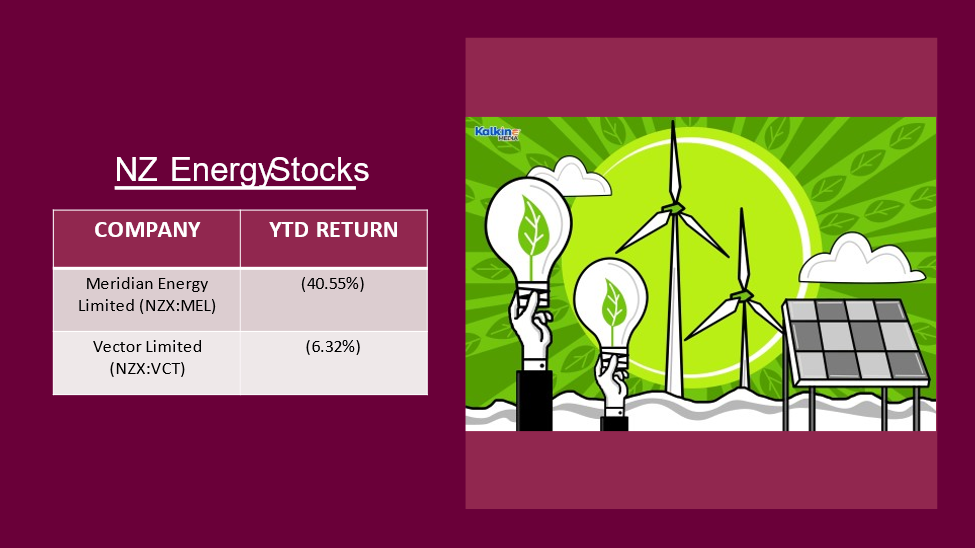 NZ’s leading energy company, Meridian Energy Limited, will pay an interim dividend of 5.85 cps on 8 April. The company recorded an NPAT of NZ$145 million in HY22.

Stein will assume the role of Chief People Officer for Meridian Energy while Ratanpal will take over as Chief Information Officer (CIO).

Auckland-based Vector Limited is another energy company which declared an interim dividend of 8.250 cps, payable on 8 April. Its HY22 NPAT stood at NZ$115.5 million, up 13.1% on pcp.

Further, the Company released its Asset Management Plan (AMP) today, wherein it is providing updates and information on material changes to the earlier AMP, which was released last year.

For any economy, the need for reliable and affordable energy is of fundamental importance, for it not only drives industrial growth but also provides fuel to power the rest of the economy.