The latest Climate of the Nations report highlights the concerns that Australians are having with growing effects of climate change.

The report revealed that the concerns for climate change is at record highs, and nearly three-quarters of the population is concerned about climate change. The report also presented that the intensity of concerns had reached the highest levels this year ever since it had started keeping track.

A consistent majority of the Aussies think that they are already witnessing the catastrophe of intense climate change. The rising number of bushfires, severe droughts and floods are results of climate change. Moreover, climate change has also resulted in the extinction of some of the natural flora and fauna of the country.

The Climate of the Nation 2021 report found out that the general population was in support of promoting electric vehicles. Approximately 68% of the people in the survey think that the Federal Government should come up with more actionable solutions to promote EV adoption across the country.

A majority of the people are also advocating for policies to increase the efficiency of conventionally powered vehicles to reduce carbon emissions. Moreover, a large number of Australians would prefer the Government to spend on developing renewable energy projects. The survey recorded that 57% of the people were not in favour of the Government’s investment to subsidise fossil fuel industries.

Highlights of the report: 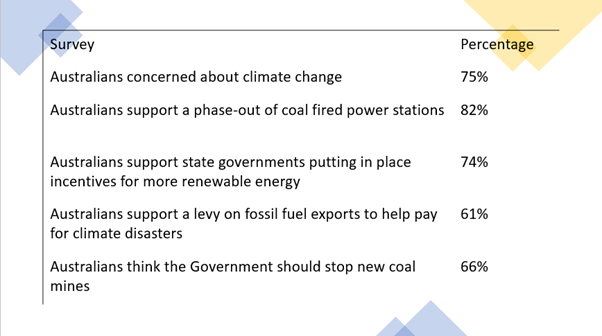 The report outlines that 70% of Australians are willing to consider switching to electric home water systems. A major number of people in the survey indicated support for transforming their water heating and home heating systems and buying electric vehicles. But this transformation would require financial incentives from the Government for a rapid transformation.

Moreover, the survey found that around 71% of Australians were in support of the Government subsidies to support the purchase of electric vehicles by keeping costs low. 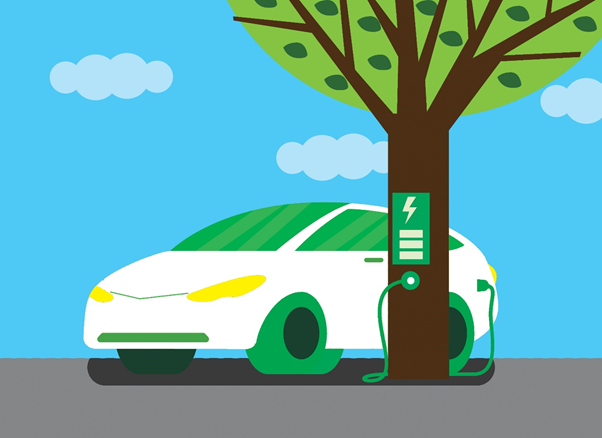 A very low percentage of Australians, 6%, have given the thumbs up to coal to be used as a source of energy. The number goes down further to 5% when it comes to the preferability of natural gas.

It seems that the Government’s plan for developing gas-based infrastructure is losing the support of the people. Moreover, 74% of the people would prefer the Government to orderly close the existing coal-based power plant, and 52% have voted solar energy as their preferred source of energy.

Watch to know more: All about the Upcoming United Nations Climate Change Conference!

Almost half of the respondents think that fossil fuel producers should pay for the damages due to climate change. About 61% of Australians voted for an actual levy to be placed on fossil fuel exports with a view to support the expenditure on some of the impacts of climate change.

Moreover, the fossil fuel industry employs nearly 0.2% of the workforce, based on which, the reports suggest that the economic role of the gas industry in the country is overestimated.

Coal and natural gas seem to be losing sheen as the general population is concerned with severe effects of climate change.