Most people think that they have to stop working once they reach the state pension age of 65. But things have changed now. With the removal of the Default retirement age, a person can work as long as they want. There are some situations when employers may have the right to set up a compulsory retirement age, however they can’t make redundant just because of your age. Even if employer forces you to retire at compulsory retirement age, they must give a good reason for doing that.

Even if you are getting a new job you don’t have to give your date of birth when applying, nor can the employer force you to give this information if you do not want to.  Any employer cannot set an age limit for a job, unless they can justify or the age limit is set by law.

What is the State pension age?

The State pension age is the earliest age a person may start receiving their state pension. It may differ from the age of other pension funds that a person may get from his workplace or scheme. The state pension is the age when a person may take money from their pension pot, which is usually after 55 years of age or depends on pension scheme rules. The age of state pension will be gradually increased to reach 67 by 2028.

Also read: What is The Triple Lock on Pension Saving?

You can receive £179.60 per week as full new State pension, but what you will get could be less or more depending on your National Insurance record. The only reason this amount could be higher can be if you have over a certain amount of additional state pension and delay the withdrawal of your state pension. 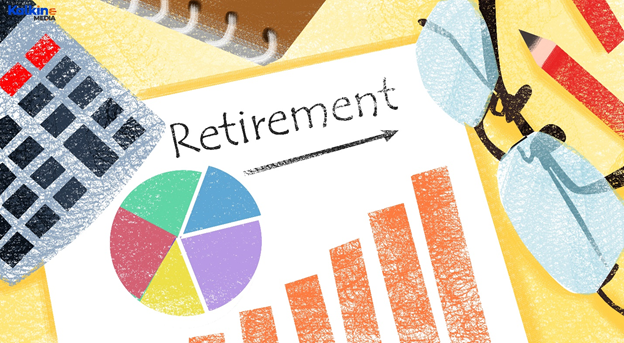 According to analysis by Interactive Investor, if you retire at the age of 67 you will receive £179,217 (US $247,155) as state pension. This assumes a 25% lumpsum is taken and that through drawdown you receive an income of around £7,000 each year till the age of 85. Income drawdown a way of receiving pension income in retirement, while allowing pension fund to continuously grow.

The average amount received during retirement used in this analysis is based on average earnings according to the ONS, 8% contributions, 2.5% investment growth, 1% salary growth in a year and 0.65% annual management charges.

Also Read: What is the over 80s Pension?

What happens if one works for longer

Earnings and working hours tend to decline after you cross your 60s. So. it will affect your earnings, pension received if you work past retirement.

Also read: What are the different types of pensions?

If a person accesses their pension amount via drawdown after taking a lump sum at age 55, then their contributions will be subject to Money Purchase Annual Allowance (MPAA).

The maximum amount a person can contribute to their pension in any year drops from the annual allowance of £40,000 to £4,000.