What does an inverted yield curve mean for investors?

After the US Treasury yields showed an inversion this year, warning bells have rung across investor markets. Treasury yields for the 2-year and 10-year bonds inverted for the first time since 2019 on March 31, 2022. Inverted yield curves are typically feared to be the first sign of an economic slowdown.

Investors pay special attention to the shape of the yield curve to check for the onset of an inversion. Moreover, the yield curve is an important indicator in financial markets, which is generally impacted by a variety of factors, including the interest rate policy.

With many countries facing hampered business activity, any inversion in the yield curve could add to existing uncertainty. Amidst rising geopolitical conflicts, there has been a sharp downturn in consumer confidence, justifying the latest inversion of the yield curve. Let us understand what the yield curve signifies and why investors pay special attention to it.

The yield curve is also known as the term structure of interest rates, which shows the yield on bonds over different terms to maturity. A normal yield curve indicates stable economic conditions and should prevail across a normal economic cycle.

What is Treasury Yield?

Why do investors fear an inverted yield curve?

An inverted yield curve is one of the many shapes that a yield curve can take. A generally upwards sloping yield curve becomes inverted when short-term yields are higher than long-term yields. The upward slope signifies the fact that a higher rate of return is obtained on lending money for a longer period of time.

Typically, the US Treasury yields are used as benchmarks for forming expectations for economic strength in the future. In the US, inverted yield curves have preceded economic slowdowns as per historical records. Such a shape of the yield curve is feared as developments in the US financial markets are quick to travel to the rest of the world.

What is happening to the US Treasury yields?

Generally, when an economy is slowing, and inflation expectations decline, the yields on longer-term bonds (such as 10-year and 30-year bonds) fall. These yields come down to the same range as the shorter-term bonds before declining even further.

Last month, the yield curve inverted in the US as investors feared the outcome of a rapid series of interest rate rises by the Fed. Fears of aggressive monetary policy tightening have reduced confidence among investors, prompting them to predict an economic slowdown.

To put it simply, yield curves invert when investors start putting their money in less risky bonds and avoid any probability of landing in losses. This is typically a response to declining positive sentiment in the economy. Additionally, as multiple factors affect economic growth, many investors also expect that the Fed might have to reverse its streak of rapid interest rate hikes. 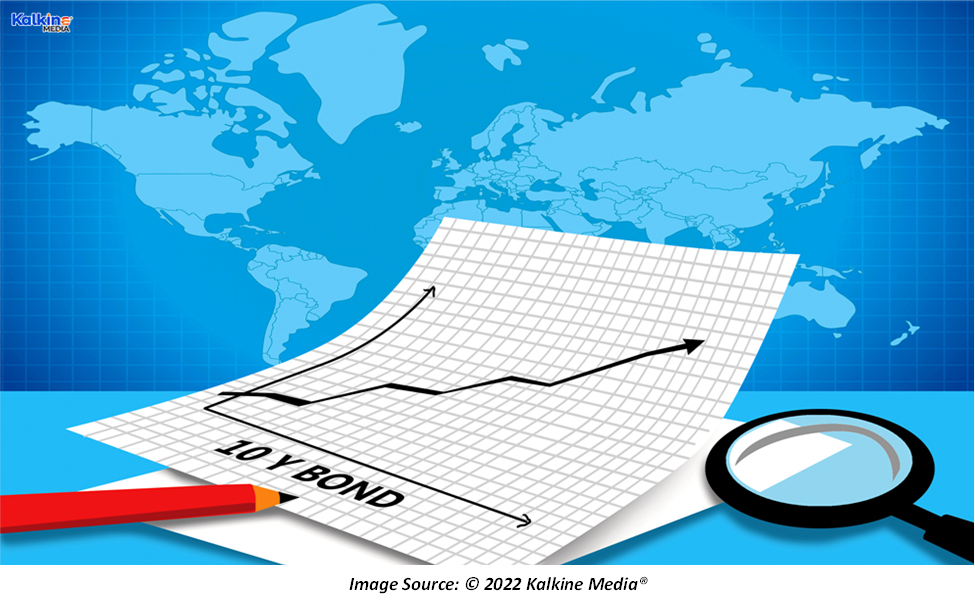 Overall, a variety of indicators is driving the economy, with no single conclusion being given. The inversion of the yield curve seems temporary, with some curves showing a flattening. Flatter curves only depict the fact that investors predict no economic growth ahead.

Additionally, the market sentiment seems to be tipping downwards due to the many rate hikes expected ahead. In the given situation, the real impact on the financial markets would only be realised once the frequency and intensity of rate hikes is known.