Who is a whistleblower?

A whistleblower is someone who, like a government or private sector employee, reveals any information to a higher authority or the public about anomalies, such as corruption or fraud.

Clients, workers, contractors, suppliers, or anyone who knows about illicit commercial operations could be whistleblowers. They take the initiative to communicate their knowledge of any irregularities they suspect exist throughout the organisation or in a particular department.

In addition, if members are disgruntled with whatever the firm does, they will only inform the relevant people within the company.

Furthermore, there are regulations in place to safeguard whistleblowers from being mistreated or losing their jobs. For example, most businesses have a separate policy that outlines how to report such instances. 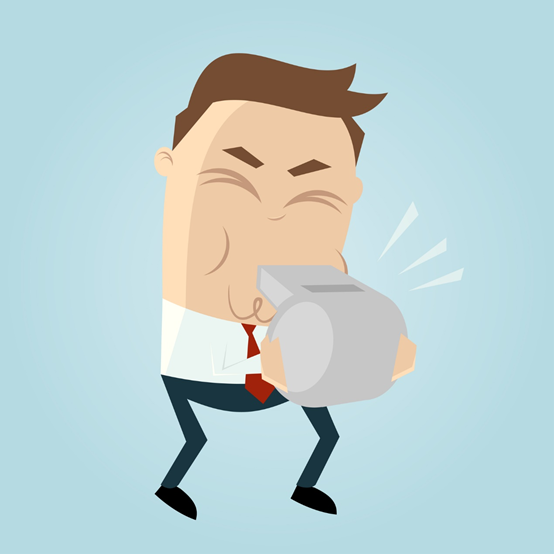 At the most basic level, a whistleblower could disclose corruption, waste, abuse, fraud, or threats to public safety and health to someone in a position to rectify the problem. Whistleblowers usually work within the entity where the wrongdoing occurs; moreover, being an "insider" of an agency or firm is not needed to serve as a whistleblower. The most crucial factor is that the person reveals information about wrongdoing that might otherwise go unnoticed.

Whistleblowers provide classified or confidential information about a company without permission, usually in connection with misconduct or wrongdoing. Whistleblowers frequently express concern that their actions are motivated by a desire to benefit society. The term was coined to describe public officials who have exposed governmental corruption, waste, or mismanagement for the first time. It currently covers the acts of any worker or officer of a private or public entity who notifies a larger group of potential threats to their interests due to exploitation, waste, fraud, or corruption.

The most common backdrop to whistleblowing is a corporate concept that those they hire are the recipients of the association to whom they owe some loyalty. Thus, the expectation is that personnel will not endanger the firm's vested interests by leaking information to anyone outside the firm.

Furthermore, whistleblowers are frequently entitled to a reward as remuneration for disclosing illegal conduct. In most cases, the prize is a percentage of the money recovered by the government or regulatory body due to the whistleblower's information. To qualify, one may need to recover the minimal amount, and the data must be unique or have never been reported before.

Where did the term "whistleblower" come from?

The term "whistleblower" was first used in the 19th century. However, the term's connotation switched from negative to positive when Ralph Nader coined it. The term is a combination of "whistle," a device used to alert or draw attention to something, and "blower," which refers to the individual who issues the alert by blowing the whistle.

Sports referees were occasionally referred to as whistleblowers because they alerted players, spectators, and coaches to unethical sport plays. During the 1960s, however, political activists and media overused the phrase, causing the public's understanding of it to change. 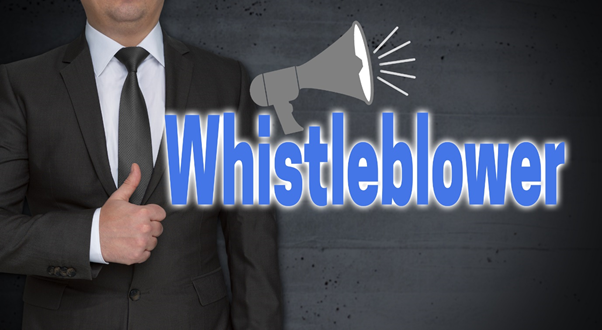 What are the types of whistleblowers?

There are two sorts of whistleblowers: external and internal. 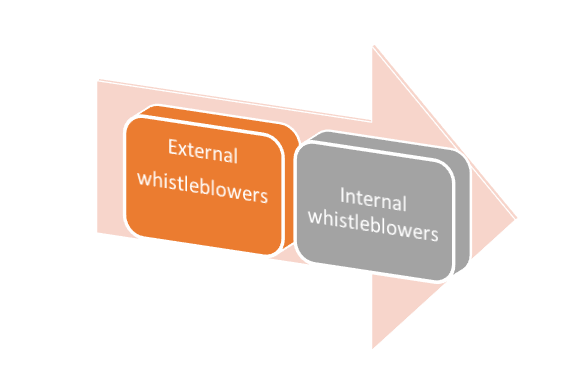 Who is legally protected?

Anyone who exposes misconduct must do it for the public benefit. This implies that it must have an impact on others, such as the public. Whistleblowers are legally protected, and they should not be mistreated or lose their jobs due to their actions. Anyone can express concern anytime about an incident that has occurred in the past, is currently happening, or is expected to occur soon.

The following is a list of people who will be given legal protection for disclosing confidential information: 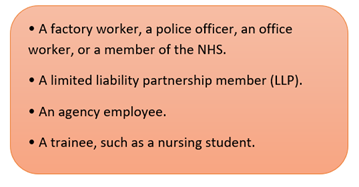 What kinds of complaints are considered whistleblowing?

If whistleblowers report any of the following, they are legally protected: 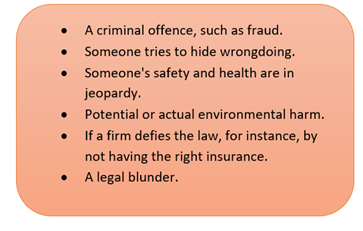 What kinds of complaints are not qualified as whistleblowing?

The whistleblowing statute does not cover personal complaints about discrimination, harassment, or bullying unless the case is of public importance.

What are some famous whistleblowers?

Another well-known whistleblower is Sherron Watkins, a former Enron worker who uncovered deceptive accounting practices. Enron's operations were halted as a result, and the Sarbanes-Oxley Act was born.

Who is Zatko? | Twitter whistleblower could help Elon Musk in legal battle

Why are these EV stocks worth watching in 2022?

Five best movies to watch on Netflix Australia in November 2021

What’s in store for Facebook in 2022 after a year of hurdles?