Ultimate Net Loss is defined as the total financial obligation of a company at the time of the event that the insurance was meant to occur. The net loss for the insured, including medical expenses, legal fees, property damage, etc., which is incurred in the incident shall be paid for by the insurance company. In most cases, this claimed amount tends to exceed the deductible of the insured, to the maximum cover of the policy. This is why the loss of the insured shall most probably be limited to the deductible limit of the policy unless the policy maximum is less than the total loss incurred. 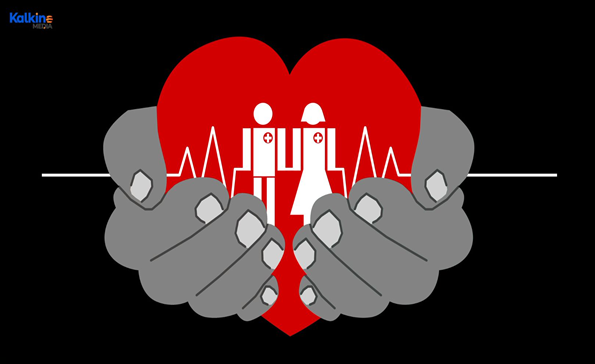 The ultimate net loss of an insurance Company in the case of a claim has the possibility of offsetting due to the value of salvaging a particular item, third-party successful claim-related awards, policy maximum capacity, the policy holder’s deductibles, and reinsurance money. It can further be used as a generic term to refer to the total losses incurred in any context, however, in terms of finance, it is mostly used to refer to the total loss incurred by an insurance company by the way of a claim.

There are provisions, however, for insurance companies for protecting themselves from huge ultimate net losses, by the way of sharing the total risk with reinsurers. In the event of an insurer sharing a part of the premium with a third-party reinsurance company, it tends to gain a sort of protection against a part of the losses from the said claim.

What could be the example to better understand Ultimate net loss?

For instance, there could be a sum of for instance if there is a policy cover of $10 million and the annual premium receipts for it is $30,000. In order to protect itself from colossal losses, the insurance company can divide the risk by seating $15,000 on an alignment basis to the third-party reinsurer. This would in turn mean reinsurance is not responsible for $5 million out of the total $10 million cover, hence dividing the losses too.

In financial terms, premium can have several different meanings but pertaining to insurance premiums are usually the periodically paid amount in order to attain insurance. Taking an example of vehicle insurance, the client can safeguard their vehicle against fire, theft, accidents, or other possible causes for damage. The premium paid is usually fixed against which the insurance company provides the guarantee for covering economic losses, as mentioned in the agreement. Premiums are determined keeping in mind factors such as risk as well as the amount the insurer wants to cover for.

How would you define excess limits premiums?

In the case of an insurance contract, the party to be insured makes a purchase for a pre-set amount in terms of coverage. This is meant to be for a specific type of risk that the insurer wants to cover. However, when the coverage limit is reached by the policyholder, the insurance provider isn’t responsible for the coverage of the said losses. There can be possibilities where the risk tends to be more than the covered amount. This is when a part of the losses may have to be covered by the insurer through their own pocket.

How is the ultimate net loss related to liability insurance?

In terms of liability insurance, the ultimate net loss is that amount which is paid or is payable for the same settlement which is actually a liability of the re-insured. This could be inclusive or exclusive of defence costs, and after feasible deductions, is used for recoveries as well as particular types of reinsurance.

To simplify further, in the language of liability insurance contracts, the ultimate net loss is usually described as the aggregate sum that the insured or the underlying insurers as per the schedule and terms and conditions of the policy shall describe as an obligation payment, through the way of personal injuries. This is inclusive of, the amounts to be paid to nurses, investigators, doctors, lawyers as well as other people for litigation settlement of the claim, investigation, and adjustment with the claim. These amounts are paid as a consequence of cover.

What different factors would determine the ultimate net loss

How to determine the ultimate net loss?

Throughout the process, right from when the policyholder makes the claim for the amount to in the event of mishappening, the losses that are to be borne by the insurance company are the ultimate net losses. Another way to define this is the legally liable sum that the insurer has to pay to the insured. These may include property damages and accidents besides body injuries.

PFI, WBC, KMD: 3 dividend stocks to watch out for in coming weeks