What do you mean by the term tax shelter?

A tax shelter can be defined as a financial vehicle used by taxpayers or organisations to bring down their taxable income, thus helping them keep more money. A tax shelter is a legal method whereby individuals invest in various plans and schemes to reduce the taxable income and thus tax liabilities.

Tax shelters can vary from investments that provide tax advantages to activities and transactions that bring down the taxable income via deductions or credits. Municipal bonds, Qualified retirement accounts, real estate investments, and employer-sponsored 401(k) retirement plans are famous examples of tax shelters. Retirement plans reduce tax liabilities. Furthermore, tax shelter can also be called a tax minimisation strategy and is different from the unlawful practice of tax evasion.

With the help of an example, explain how tax shelters enable taxpayers to lower their taxable income?

Several provisions are available before individuals or corporations can help them reduce their tax burden, whether for a short duration or permanently. When these provisions are executed to bring down a tax bill, one could say that an individual or an entity is sheltering their taxes.

The tax shelter plan that a taxpayer adopts to minimise their tax liability can be either legal or unlawful. Therefore, it is imperative for taxpayers and corporations to carefully examine the tax reduction strategies to save themselves from the penalty imposed by the Internal Revenue Service (IRS). 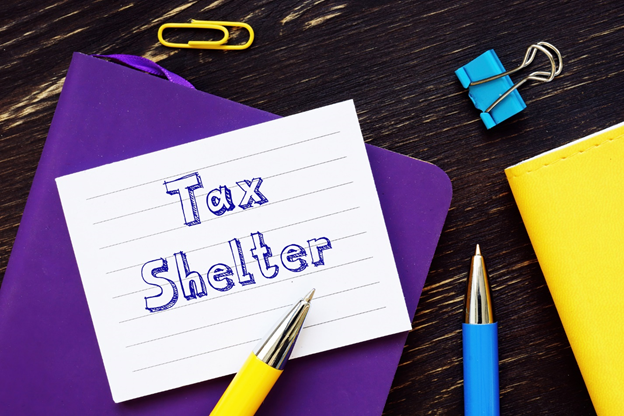 To ease the tax burden, the government has provided several tax shelters to the taxpayers. The tax deduction is the amount of earned income that can be subtracted from a person's taxable income. Thus, the tax rate applicable for the lower taxable income turns into a reduced tax bill for an individual. Few tax shelters that have been provided to the taxpayers as a measure for tax deductions are mortgage interest deduction, deduction of charitable contributions, deduction on certain medical expenditures, student loan interest deduction, etc.

For instance, the IRS allows charitable donations to be tax deductible up to 50% of a taxpayer's adjusted gross income. Thus, when an individual with a yearly income of $84,000 decides to donate $14,000 to a qualified charitable organisation, this will reduce their taxable income to $70,000. Since this taxpayer comes in the 22% marginal tax bracket, he would reduce his tax bill by $3,080

What are the different types of tax shelter investments?

To shelter income from being taxed, legal tax shelters are available before individuals as investment and retirement accounts. The tax shelter accommodated via these accounts enables the income earners to preserve money for their retirement. For example, income contributions made to the Individual Retirement Account or 401(k), 403(b), are not taxable unless an individual retires. Henceforth, the amount that the IRS would have taxed collects interest and earnings in the account until the funds are withdrawn.

An individual who avails the benefit of tax shelter by making income contributions made to the Individual Retirement Account (IRA) or 401(k), 403(b), decreases their taxable income by an amount equal to the contributions into any of these accounts. Besides, Roth IRA and Roth 401(k) provide shelter from higher taxes for those taxpayers who are likely to be in a higher income tax bracket by the time of their retirement. As far as these investment accounts are concerned, the income contributions are taxed as they enter these accounts; however, no tax is applied when the funds are drawn.

Taxpayers can get tax shelter by making investments in certain kinds of assets. For example, those investors who have foreign investments in their investment portfolio can benefit from the foreign tax credit, which applies to individuals who pay tax to a foreign government on the income they earned from foreign investment. Thus, the credit can be utilised by individuals, organisations, and trusts to minimise their tax liabilities.

Some municipal bonds are tax-free, which means that the generated interest income is excluded from federal income tax. In many cases, interest income generated from municipal bonds is also exempted from state and local taxes. In addition, to boost investment in those sectors which need high capital investment, such as mining, oil exploration, and renewable energy, the government permits the exploration costs incurred by the companies to be distributed to shareholders in the form of tax deductions. This is because these sectors involve high capital investment, and it takes them years to generate profit. Furthermore, the exploration and development costs are considered the shareholders' expenses, which the shareholders then deduct from their taxable income.

Another example of tax shelters can be mutual funds that invest in government bonds or municipal bonds. In this method, though the taxpayer will pay income tax on their initial investment, the interest earned from these debt securities is free from federal income tax.

How do taxpayers misuse tax shelters for tax evasion? 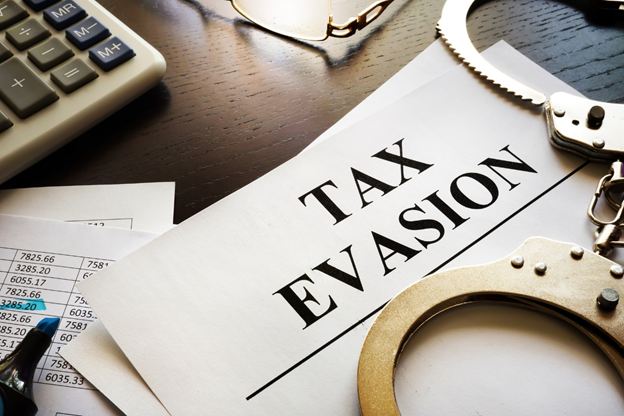 While tax shelters can often be misused to evade taxes, one should not confuse tax evasion with tax shelter as tax evasion is the illegal avoidance of takes through misrepresentation or other illegal means. If it is discovered that a taxpayer is making investments with a sole motive to avoid or evade taxes, they could be asked to pay additional taxes and fines. For instance, if a contractor deliberately transfers a complete or a portion of her earned income to someone else who is subject to lower tax rates, in that situation, this will be considered an attempt to evade taxes. Besides, companies who benefit from favorable tax rates in foreign countries by establishing offshore companies to get undue tax benefits are subject to heavy penalties such as steep fees, criminal prosecution, and prison sentences mandated by the IRS.

The IRS views such interpretive tactics as fraudulent activity.

What are "Dirty Dozen" tax scams, and what are the four categories of them according to the IRS for 2021?

The US IRS keeps a record of an annual ranking of the top 12 most popular abusive tax schemes, known as "Dirty Dozen." Usually, tax evasion by hiding money or assets in unreported offshore accounts is considered an illegal tax shelter strategy and occupies the top position in the list.

For the year 2021, the IRS has separated the "Dirty Dozen" list into four separate categories. The four categories are: 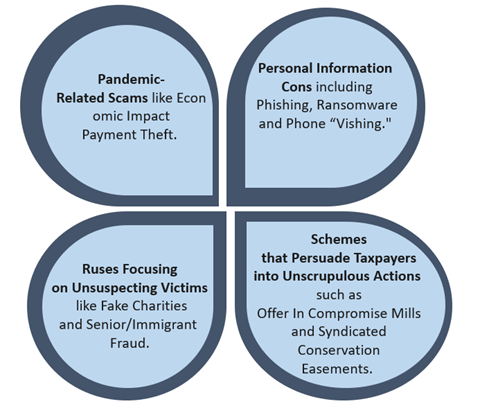 MFT, FRE, MOV: How are these freight & logistics stocks faring in August?