What is tax fraud?

To avoid tax obligation, an individual or a business entity sometimes omits or misrepresent the data. This behavior of falsifying tax-related information is considered illegal. When the fraud is done unintentionally, the taxpayer or entity in question is generally not charged as guilty.

It is regarded as tax fraud when a business entity or an individual willingly attempts one of the following practices: 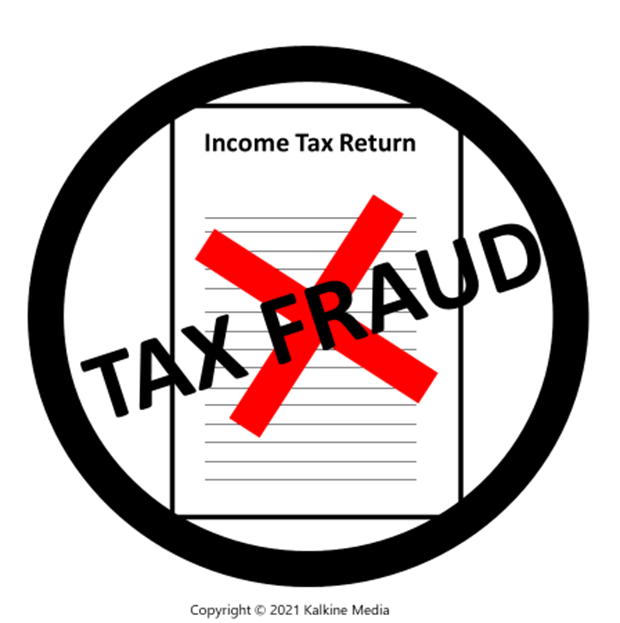 What are the different types of tax fraud?

Some of the common scenarios explaining tax frauds are as follows:

If the taxpayer intentionally does not file the tax return, submits false claims, or does not pay the total tax, they are liable to punishment as per the laws.

At times, the tax collecting authorities give the benefit of the doubt to the taxpayer, as they understand the tax regimes are quite complex in understanding. But if the authorities are unable to find any evidence that the tax was unintentionally unpaid, there could be severe repercussions.

While filing the income tax returns, it is expected from the taxpayer that they will submit legitimate claims to avoid any legal charges in the future. In case the taxpayer submits frivolous and fake claims to reduce the payable taxes, it is considered illegal.

The practice of not submitting payroll taxes to the tax collecting authorities is known as ‘pyramiding’.

It is considered a tax fraud is a taxpayer fakes eligibility for a refund by showing fake deductions while filing the income tax return.

When an employer or an outsource employment agency compensates its employees in cash, it gives rise to potential tax fraud as the employers can submit false claims by showing less workforce and payroll tax submission.

If someone unintentionally commits tax fraud and are charged by authorities for it, here are some suggestions to follow:

Tax evasion is an act when an individual or a business entity willfully misrepresents their taxable income to avoid tax liability. The misrepresentation of income includes failure to show income, overstating the expenses and deductions, falsifying documents and receipts, disclosing false dependents, etc.

Tax fraud is more extensive, and tax evasion is a part of it, making both illegal.

Tax fraud is an intentional act of submitting false information to limit the tax liability while filling the tax return. To avoid the tax obligation, an individual or a business entity omits or misrepresent the data. It is an illegal activity.

Tax avoidance uses legal methods to lower the amount of tax owed by an individual or business entity. For example, tax payments are avoided legally by deploying as many as deductions possible. Avoiding tax is done under the provision of law and not by indulging in illegal practices. A proactive individual will plan the investments before the tax liability arises.

Some of the ways to legally avoid tax payments are:

Some examples where a legal entity accidentally commits tax fraud are as follows:

It is very critical to file a complete and correct income tax return before submitting it. All the documents that can help in tax deductions should be submitted along with the forms. To avoid any mistake, the use of tax preparation software or assistance from professional tax preparers can be helpful.

Before claiming any deduction, it is essential to judge it should be necessary. For instance, taking a family on a business tour and claiming it as a deduction will be considered tax fraud.