What is a reverse merger?

A reverse merger (RM) is a type of merger where a private company acquires 100 per cent or majority control of an already publicly listed company. Upon completing an RM, the private company gets listed on the stock exchange and changes its name as decided under the merger agreement.

The acquired public company, meanwhile, gets delisted from the stock exchange and operates as the subsidiary of the newly formed public company (earlier private company).

The acquired public company could have operations or exist as a shell company without significant operations before an RM is completed. The financial institutions prefer shell companies for this type of merger as they make the registration process with the Securities and Exchange Commission (SEC) easy and less expensive. 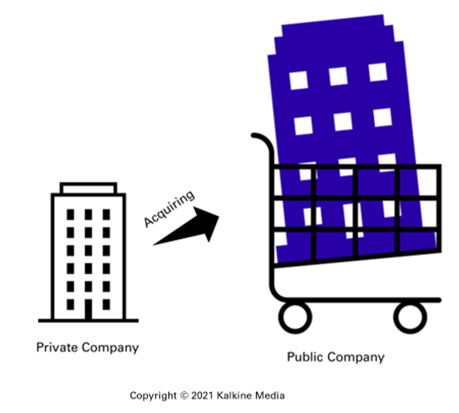 A reverse merger is also known as Reverse Initial Public Offering and Reverse Takeover (RTO). If the parent (public company) and a subsidiary (private company) execute a reverse merger, it is considered a part of Internal Restructuring.

What are the challenges faced under a reverse merger?

Mentioned below are the challenges faced while opting for a reverse merger:

Advantages that make reverse merger an attractive option for many private companies are:

On the other hand, if a private company goes public by signing up for a reverse merger, the risk of it getting canceled and time wasted is mitigated.

A reverse merger is considered simpler than other traditional methods of going public, but it also requires following specific regulations and due diligence.

Technology & Telecommunication Acquisition IPO: All you need to know

Beforepay tumbles 42% on debut- Is the party over for BNPL players?