Producer surplus refers to the amount a producer makes while doing a transaction in a free market compared to the price for which the producer was willing to supply the goods or services. It is the difference between the prices in which a producer is ready to provide a good or service and the actual price of that good or service in the market. 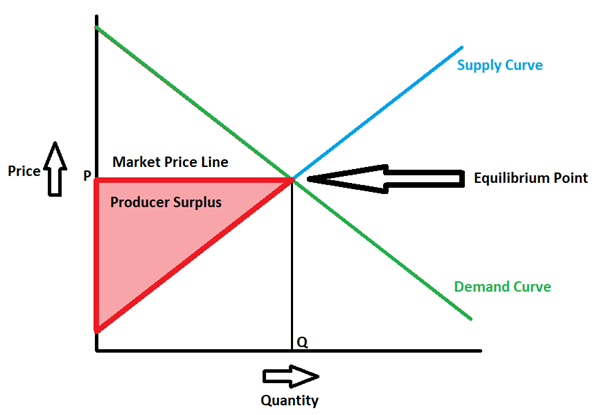 When a producer surplus occurs? 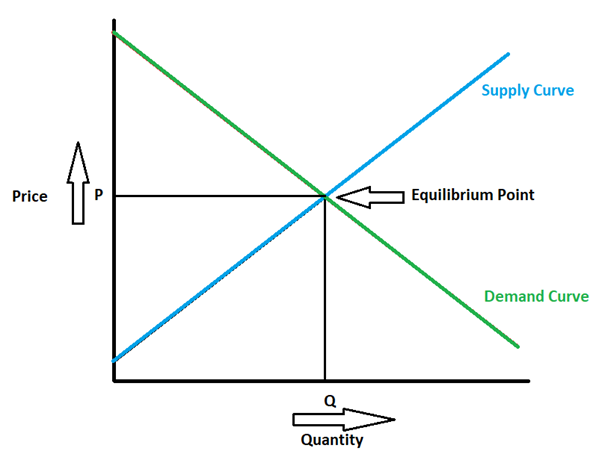 A graphical analysis will help to understand when a producer surplus occurs. Suppose a situation where the supply of goods in the market is less than Q. The producers will be willing to accept a higher price than P. However, at equilibrium condition, they would have accepted those lower quantities at a price P. The extra amount that a producer receives during equilibrium lower supply condition for those lower quantity goods for which the producer expects a price P will account for producer surplus. 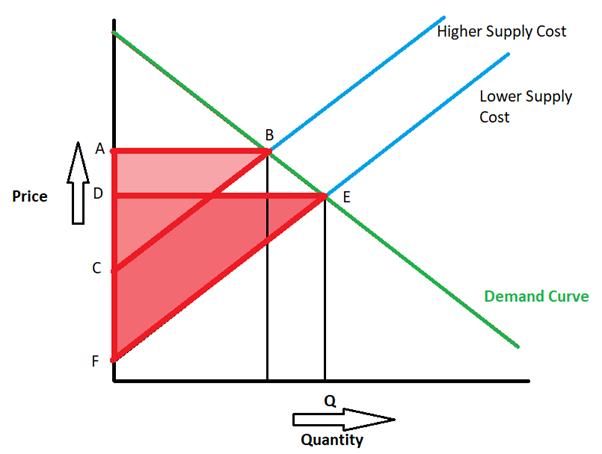 The scenario can easily be visualised in the above graph depicting a higher Producer Surplus area adjoined by triangle DEF as the supply cost lowers down. On the other hand, higher supply cost will lead to relatively lower Producer Surplus, as seen in the above graph depicting an area adjoined by triangle ABC.

Similarly, another type of situation may also arise depending upon the market demand variation where market demand rises. Increased market demand will lead to a rise in market price resulting in a higher Producer Surplus. 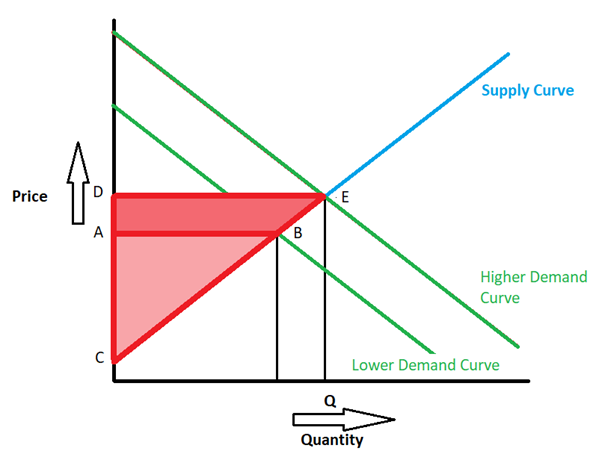 Let us try to understand the concept of consumer surplus with the help of an example. Suppose a customer is willing to pay US$10 for the first piece of a pen and US$5 for the 20th unit. But, if all twenty pens are sold at US$5 each, then 19 of the pens were sold at a consumer surplus, keeping the demand curve constant.

However, companies or business owners know how to turn a consumer surplus into a producer surplus. Let us try to understand this with the help of a common example that everyone might have experienced. Suppose you are planning to travel from city A to city B by an airline after two months. You checked the ticket prices now, and it comes around US$500, but you were willing to pay US$800 for the same ticket. So, US$300 is the consumer surplus in this case. However, due to some uncertainty, you didn't book the tickets at this moment, and after one month, the prices increased to US$800. So, by raising the prices of tickets, the airline company turned consumer surplus into producer surplus.

What is Total Surplus?

Total surplus is the sum of producer and consumer surplus. Total surplus is also referred to as Total Welfare. It is the total benefit that a producer and a consumer receive. This condition is witnessed when a consumer feels that they cracked a good deal in the market, and at the same time, producers also get a good price for the product they were selling.  Total welfare or total surplus can be calculated by determining the complete areas of both consumer and producer surplus.

Use of Producer Surplus:

The combination of Consumer Surplus and Producer Surplus accounts for overall economic surplus, which is the overall benefit created by a producer and a consumer in a free market.

A new US patent for BrainChip (ASX:BRN), shares skyrocket over 14%

Why are Nickel Mines (ASX:NIC) shares in limelight today?

RUA (NZX:RUA): Is the Company considering the acquisition of Zalm Therapeutics?