What is a Ponzi Scheme?

Ponzi schemes are fraudulent investment techniques used to cheat people by promising high returns in a very short period. These schemes work by providing returns to previous investors through the investments received from new investors. Thus, it is a vicious circle where money is borrowed from one investor with the promise of a future return and is paid to another investor who had been previously promised a return.

These schemes may work for a certain amount of time initially. However, in some time, the fraudulent methods used to finance this scheme come to light, and people who have invested in them end up losing money.

Put in simpler terms, Ponzi schemes leads to a system of endless borrowing, which is not a sustainable setup and is like a stack of cards. 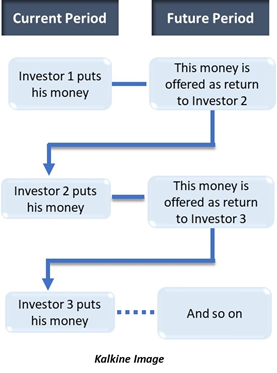 How was the name ‘Ponzi scheme’ given?

The scheme was named after Charles Ponzi, who had committed fraud in the 1920s. He was an Italian who came to Boston and conducted Ponzi borrowings to fund his company.

The idea came to Ponzi through International Reply Coupons (IRC) which were sent along with a posted letter to the receiver of the letter. Their purpose was to allow the receiver to exchange the IRC with their local postage stamps that would then be used to post a reply. However, the cost of the IRC was equal to the cost of the stamp in the country where it was bought. Thus, if the prices of stamps in both countries were different, the IRC could be exchanged for local stamps in the recipient’s country with no additional cost.

Ponzi, having noticed the loophole in the IRC setup, decided to exploit this arbitrage opportunity. When he approached banks, they did not issue him the required funds to conduct this operation. Thus, he decided to raise money from the public by promising them future returns. Thus, the idea of a Ponzi scheme was conceived. 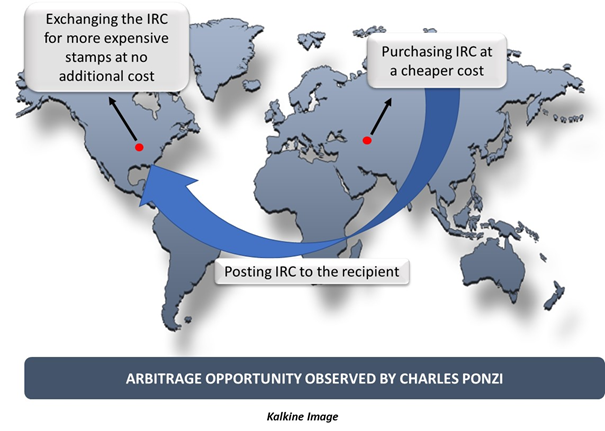 However, Ponzi could not figure out how to convert the IRCs into cash. Therefore, his entire operation was solely dependent on the incoming of new investors. The scheme raised many concerns across the globe, and it eventually collapsed as media reports started to circulate about the suspicious nature of the program.

How does a Ponzi scheme work?

The most important factor that a Ponzi scheme exploits is the investor’s confidence in the scheme. Most Ponzi schemes involve robust returns in the beginning. Thus, if an investor wishes to withdraw money, then the scammer would ensure that the same is done quickly, so that the investor’s trust can be gained.

However, eventually, when there are no new investors to fall back on, the scheme collapses. If many investors demand their money back at the same time, or if the faith in the scheme is lost, then it becomes very easy for such schemes to fall apart.

Such scams can cause losses of high magnitude in the economy as a large chunk of money is withdrawn out of circulation.

What are certain warning signals attached to Ponzi schemes? 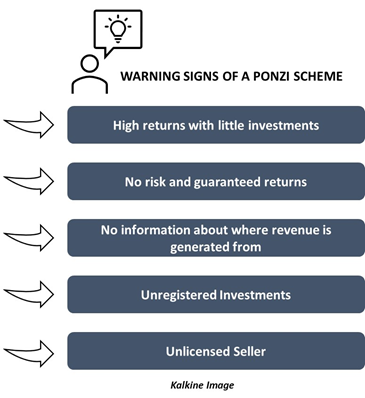 How is a Ponzi scheme different from a pyramid scheme?

Pyramid scheme and Ponzi scheme may appear similar but are quite different. In a pyramid scheme, an initial schemer must bring additional schemers, who would, in turn, bring more schemers. This continues for all the members.

Sometimes companies offer a product to be sold under the scheme. The new investor hired must complete a certain number of sales to earn from the scheme. The revenue generated from these schemes is passed onto the individuals at a higher level of the organisation.

The major difference between Ponzi schemes and Pyramid schemes is that the latter is often used as a method to generate sales, and is difficult to be established as a fraudulent means of generating revenue. Thus, pyramid schemes are still seen across various well-known companies and are used as a marketing strategy.

What is an example of a Ponzi scheme?

Bernie Madoff started the most famous Ponzi scheme. He ran this scheme for almost two decades without anyone finding out about it. His investors suffered losses of about $50 billion.

The setup run by Madoff was a basic Ponzi scheme that involved taking money from one investor and giving it to another. He would ask investors to deposit money, which he would transfer to his own account.

He made vague claims about his company’s investments and revenue-generating operations. However, all the returns paid to his investors came from new investors only. Thus, eventually, his scam was busted in 2008, after almost 20 years of him running this operation. This happened when many investors wanted to liquidate their investments. Madoff was not able to provide enough money to all the investors, thus, his Ponzi scheme came to an end.