What is market failure?

A market failure is an economic situation in which the distribution of commodities on the free market is insufficient. In this form of the free market, however, item costs are set by demand and supply, and any change in one of these forces could cause a price change and other changes; and most importantly, these changes help maintain a price equilibrium.

The idea of market failure is based on a slew of economic studies that favour government involvement in markets for services and goods and support government production.

Furthermore, a market failure happens when individuals inside a group find themselves in a worse situation than they would have been if they behaved around their own best interests. For example, a group may incur excessive expenditures or gain from excessive benefits. Market failure has economic consequences that most economists consider ideal, and they are rarely positive. Even if the notion appears straightforward, it can also be deceptive and easy to misunderstand.

What happens during a market failure?

Market failure could happen because of the market system's structure. Because of a shortage of public commodities, incompetent manufacturers, environmental challenges and external forces, markets cannot be ideal in the real world. In addition, external influences may impact the third party due to the production or consumption of a service or product.

When markets fail, the government usually responds to varying degrees. The following is a list of potential government responses. 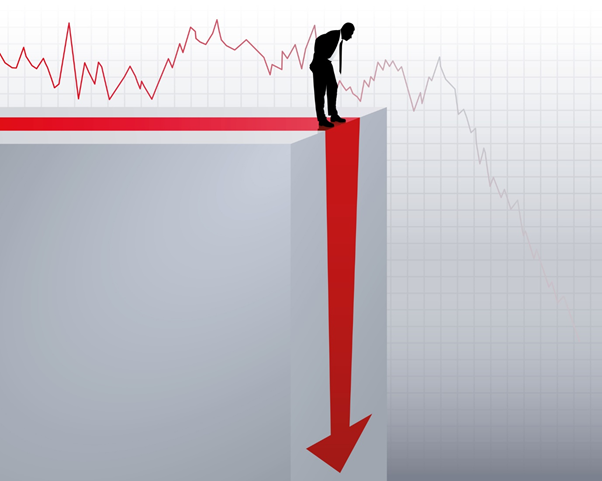 Control the flow of products: Governments become involved to regulate the supply of products with positive external forces, for instance, by providing large quantities of parks, libraries, and education.

Law – The government could implement the necessary legislation. For instance, smoking should be prohibited in restaurants, and high school attendance should be compulsory.

Subsidies – Lowering the price of a product that is based on the benefit to the public. Reduced college tuition, for instance, is a smart option because society benefits from more skilled employees. In addition, subsidies are the best way to encourage behaviour that is influenced by positive external influences.

Tax policy – Levying taxes on specific commodities to discourage their usage influence external spending. For instance, imposing a "sin tax" on tobacco products, so rising the price of tobacco.

Cooperation- Governments are collaborating on matters which will influence the natural environment soon.

Advertisement- The government could use advertising to boost or deter spending. 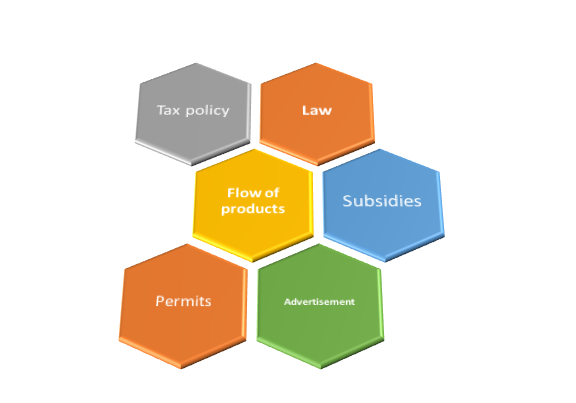 What are the root causes of market failure?

The factors for market failure are listed below.

Market control occurs when both the buyer and the seller retain the right to set the price of products or services in a market. The power aids in preventing the market's prices from being set by natural forces such as supply and demand.

Sellers have authority over commodity pricing from a supply standpoint. The sellers may group to set high pricing to increase their profits. They may also regulate the number of commodities produced in the market and plan to create a shortage to raise its price.

An externality is a cost or benefit incurred due to a transaction with a third party who was not determined to be linked with the advantage or expense. It could be either favourable or unfavourable. A positive externality has a favourable effect on the third party.

Furthermore, a negative externality is a negative impact resulting from using a particular product that negatively influences the third party. For instance, while cigarette smoking is primarily harmful to heavy smokers, it also harms others who are near to them. 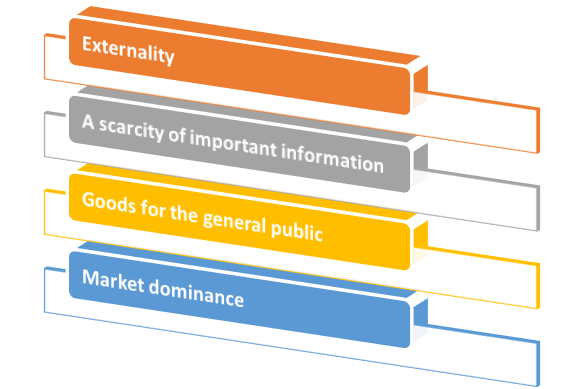 A scarcity of important information

A lack of relevant data among the sellers or buyers could potentially lead to market failure. This means that the price of supply or demand does not always reflect a product's benefits or opportunity costs.

The lack of data on the buyer's side may imply that the buyer is ready to pay a higher or lower price for a given product because they are unaware of its actual benefits.

However, improper data from the seller's side could imply that they are willing to accept a lower or higher price for the good than the real opportunity cost of making it.

Goods for the general public

If those who consume commodities do not pay but continue to utilise the product as genuine payers, public goods may cause market failures. For instance, police service is a form of public good to which every citizen is entitled, regardless of whether they pay taxes to the government.