What is the International Maritime Organization?

International Maritime Organization – IMO – is an agency specialised in dealing with maritime affairs. The primary responsibility of this United Nations agency is the safety and security of maritime mechanisms. The global standard-setting agency also works towards reducing marine and atmospheric pollution created by ships.

IMO, which was formerly known as Inter-governmental Maritime Consultative Organization, creates a regulatory framework for the shipping industry to function smoothly, fairly, and effectively.

The policies developed by the authority are internationally adopted and implemented, rather than individual countries implementing their own rules and regulations unilaterally.

The agency provides a transparent platform for the shipping industry to trade internationally in order to avoid taking steps which will lead to a compromise in safety, environmental and security performance for dealing with issues such as financial. Its policies hold shipping companies responsible, which fail to follow specific procedures and compromise on safety, security, and maritime environment.

With the help of new-age practices, IMO encourages innovation and efficiency in the international shipping industry.

Shipping industry is one of the most effective ways of increasing international trade. It helps

These customs are agreed, adopted, and implemented by the entire industry and all shipping companies of all countries. The International Maritime Organization provides a platform for the processes to assemble and enforce.

How did IMO come into existence?

Currently, the international shipping industry contributes more than 80 per cent to trade transport to people and communities across the world.

Shipping has played an essential role in global trade for centuries in the past, and it also paved the way for globalisation across the world. Shipping goods through the sea is low in cost as compared to air and road transport. Many shipping nations developed and adopted international regulations and treaties to improve safety at sea in the past, especially from the mid-19th century. The countries then proposed for a global agency to be established to develop standard policies and treaties for the entire industry. 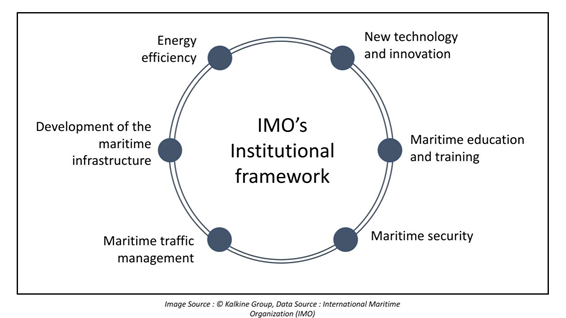 What are the prominent roles and responsibilities of the IMO?

IMO members also have to adhere to the treaties established to reduce pollution in the sea and other human disasters which are possible to avoid.

How are the IMO handling environmental concerns?

Earlier the framework of IMO was primarily focused on the safety of the maritime trade but in the last few years, IMO is giving utmost priority towards the maritime environment.

The agency is promoting the growth and development of the shipping industry in a sustainable way.

The primary aim of the implementation of the UN policy is to build a healthy environment and facilitate world trade and the global economy.

IMO is committed to providing the institutional framework, which will lead the industry towards a green and sustainable international maritime transport system.

Do Read: IMO 2020- A Double Edge Gizmo for Woodside Petroleum and Caltex Australia 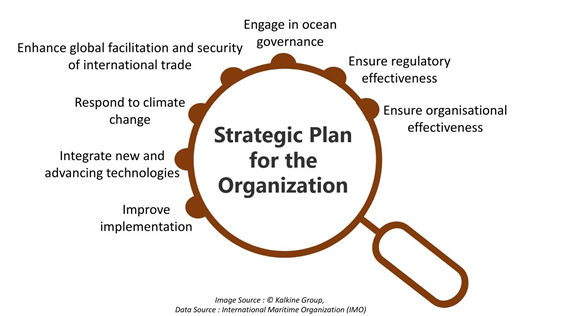 What is the future of the International Maritime Organization?

The International Maritime Organization was founded to provide necessary support and framework for smooth, safe, and efficient functioning of the shipping industry. It deals with all the technical matters which affect trade globally and bring robust practices in the industry.

From the last few years, IMO's major priorities have included the control of marine pollution produced by the shipping industry.

Because of IMO's framework and healthy implementation, the oil pollution of the sea has reduced substantially. The collisions between ships have lowered in number too as IMO has released traffic separation guidelines.

Thousands of flights disrupted worldwide amid US 5G rollout

WestJet & Air Canada (AC): Are the airline stocks a buy amid omicron?

County International (ASX:CCJ) to focus on opportunities in NSW