What do you mean by the term capitulation?

In finance, panic trading is associated with capitulation. Generally, capitulation is when the investors give up the profits on their investments by willingly selling most of their holdings after a period of continuous downtrend in the market. Such a situation is also known as panic selling.

Capitulation, which also means “giving up on the market”, mostly occurs during successive period of downtrends in the market conditions. During capitulation, there are large volume of stocks in the market resulting in a decline of their prices. As there is a drastic fall in the stock prices, the stock market hits the floor. In this situation, once the market is at the bottom, it is followed by panic selling among the investors. High volatility and high trading volume in the stock market are important signs that indicate fear factor in the market. When there is high risk of option trading along with these two-risk factor, then it indicates capitulation.

Financial analysts opine that post capitulation most investors are presented with a fresh buying opportunity. However, this happens after a long climax of downward slide. 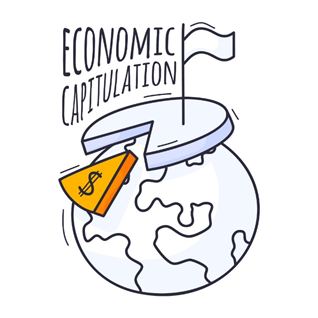 How does capitulation affect the price of stock prices?

The word capitulation is obtained from a military term which means ‘surrender’.  For example, if the stocks owned by an individual decline by 10 percent, then there are two options available. Either the investor can wait or sell the holdings to realise the loss. In such a situation, if majority of the investors decide to sell the stocks and exit the market, then this will lead to a drastic fall in the stock prices.

It is often believed that the psychological and financial pain endured by traders before liquidating their positions, often results in capitulation or panic selling.

In finance, capitulation often indicates a time or situation when investors tend to stop themselves from trying to make up for their losses due to the continuous fall in stock prices. For instance, the stock you own falls by 20 percent. You can either wait with a hope that it will appreciate in the coming time, or you can sell the stock considering it a big loss. However, if majority of the investors decide to wait then it more likely that the stock prices will not drop but will remain stable. When this occurrence is more prevalent across the market, it is called market capitulation.

Many financial analysts see capitulation as a symbol of a bottom prices and thus believe that it is profitable to buy stocks in such situations. This is primarily due to the fact, that availability of more stocks in the market will lower their prices, whereas large demand or large buy volume leads to an increase in the stock prices.

The problem with capitulation is that it cannot be predicted or forecasted. There exists no magical price which can guarantee you capitulation. 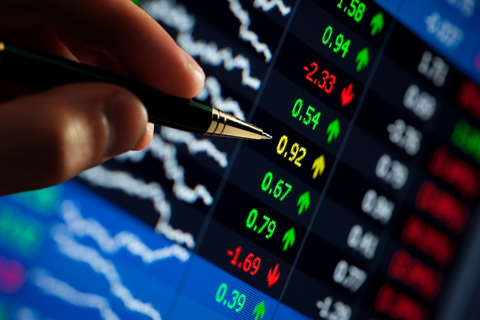 What are the few signs of capitulation?

Capitulation involves panic trading in large volume due to the sharp drop in the stock prices for two consecutive days. However, it is to be noted that the situation can last longer.

Withdrawal of cash by the mutual funds

During capitulation when the investors are hopeless, they tend to sell their mutual funds to exit the market. In such situations, mutual funds are compelled to reserve large volumes of cash to meet the needs and demands of its clients.

If there is an increasing trend of the traders participating in derivative trading, then it indicates that they are betting in support of further downfall in the market. 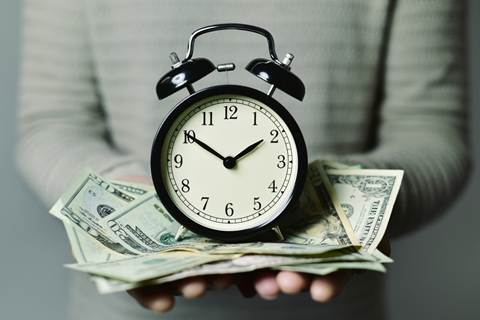 Many define capitulation as a condition when the investor sentiments are low, and they have a pessimistic approach towards the prevailing market conditions. The term capitulation also means to surrender or to give up. The panic selling among the investors is not a result of market conditions, but it is due to a change in the basic outlook of a company. What adds to the disappointment of the traders constitute – media reports, news, and fellow trader's reaction.

Capitulation cannot be forecasted and that is the reason why analysts or researchers can not forewarn the market beforehand. Still, traders use several technical trading charts to find out the capitulation stage. An example of such charts is Candlestick charts. Hammer candlestick is used to identify capitulation bottoms followed by a price bounce. The chart also depicts price movements in different time zones to study the impact of capitulation. When prices reach the maximum point, a shooting star candle is formed at the bottom of a buying frenzy.

How to predict capitulation?

As mentioned earlier, one cannot predict capitulation. However, with the help of some trading charts one can have a rough idea about the capitulation stage and the extent of capitulation. Capitulation generally hints at market turnaround where the selling of stocks in large volumes result in a drastic fall in the stock prices, which leads to panic trading. Since, the prices are low during capitulation, many investors tend to buy stocks thus gradually drive the market up again.

Will the stock markets see Santa Claus rally this month?

Fortescue Metals (ASX:FMG) Vows To Go Carbon Neutral by 2030, 10 Years Ahead of Target