TSX technology stocks have been feeling some tremors after billionaire Elon Musk announced last week that he would be scrapping his plans to buy Twitter Inc (NYSE: TWTR, TWTR: US). As per some reports, the social media giant is said to be exploring legal actions.

The TSX tech index saw a loss of nearly four per cent on Monday, July 11, which contributed to the main index's decline of about one per cent.

Amid all this, however, growth-focused Canadian investors could look at some discounted TSX technology stocks, like Constellation (TSX: CSU), CGI (TSX: GIB.A), Lightspeed (TSX: LSPD) etc., that could provide them exposure to the growing tech space and possible future gains.

So, let us explore five TSX tech stocks that Canadian investors could consider instead of Twitter.

CSU stock zoomed by about five per cent in 12 months. As per Refinitiv, CSU stock seems to be gaining momentum, with a Relative Strength Index (RSI) of 60.46 on July 8.

The tech player posted a top line surge of 22 per cent year-over-year (YoY) to US$ 1.43 billion in the latest quarter. The software company reported a net profit of US$ 98 million in Q1 2022 compared to a net loss of US$ 9 million a year ago.

GIB.A scrip slid by nearly five per cent year-to-date (YTD). As per Refinitiv findings, CGI stock held an RSI of 62.24 on July 8, with volume in green.

Descartes strengthened its e-commerce shipping capabilities by acquiring XPS Technologies in June. DSG stock dropped by over 18 per cent in 2022. As per Refinitiv, DSG stock had an RSI of 62.59 (above moderate level) on July 8. 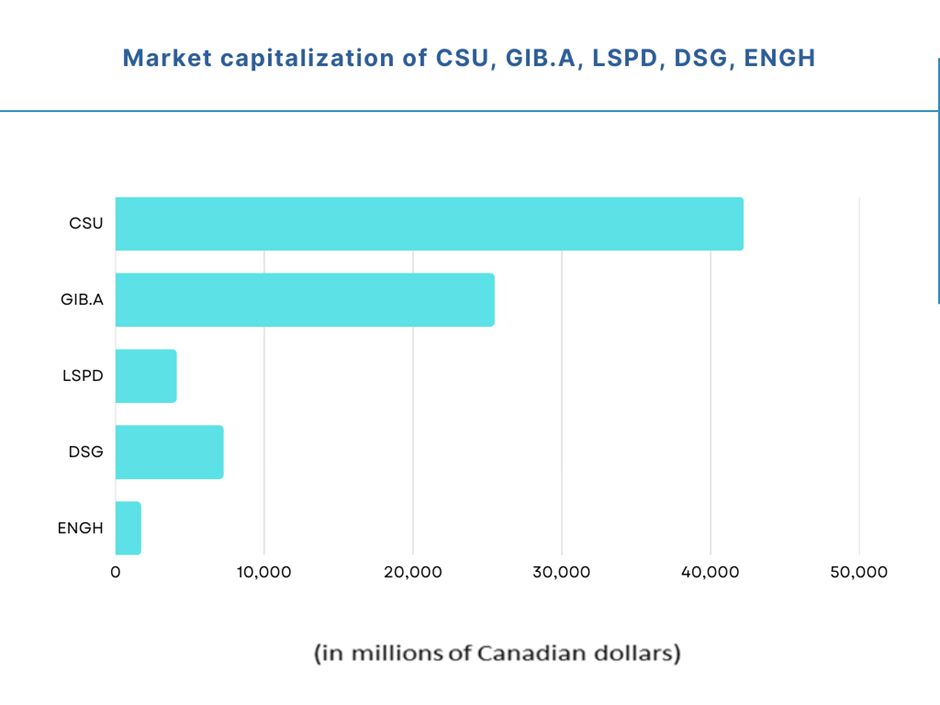 Lightspeed said its revenue jumped by 78 per cent YoY to US$ 146.6 million in Q4 2022. The mid-cap technology company posted unrestricted cash and cash equivalents of approximately US$ 954 million at the end of the latest quarter.

LSPD stock plummeted by over 73 per cent in 12 months. Refinitiv data suggest that LSPD had an RSI of 43.65 on July 8.

ENGH stock swelled by nearly eight per cent quarter-to-date (QTD). As per Refinitiv, ENGH stock seems to be moving upward, with an RSI of 58.07 on July 8.

The TSX tech index has spiked by roughly seven per cent month-to-date (MTD). Investors could explore these five TSX technology stocks in the hopes of long-term value in future years.