The TSX technology index climbed 3.64 per cent on Tuesday, July 5, with some major tech stocks rising back into green territory. Though energy stocks dragged down the broader market, with the TSX primary index losing 1.02 per cent, Canadian tech stocks like Shopify (TSX: SHOP) and Descartes Systems (TSX: DSG) were among the top gainers leading the benchmark index this day.

SHOP stocks spiked by nearly 10 per cent while DSG stocks also closed higher, up by almost six per cent on July 5. So, let us talk about these TSX tech stocks in detail.

Shopify, owner and operator of e-commerce platform, recorded a two-year compounded annual growth of 60 per cent with a revenue surge of 22 per cent in the first quarter of 2022 compared toQ1 2021.

Stocks of Shopify plunged by roughly 76 per cent in 12 months. According to Refinitiv, SHOP held a moderate Relative Strength Index (RSI) of 51.56 on July 5, with 3.41 million shares exchanging hands.

Descartes Systems also announced earlier in June that it has acquired XPS Technologies, a parcel shipping firm, to strengthen its e-commerce shipping abilities. 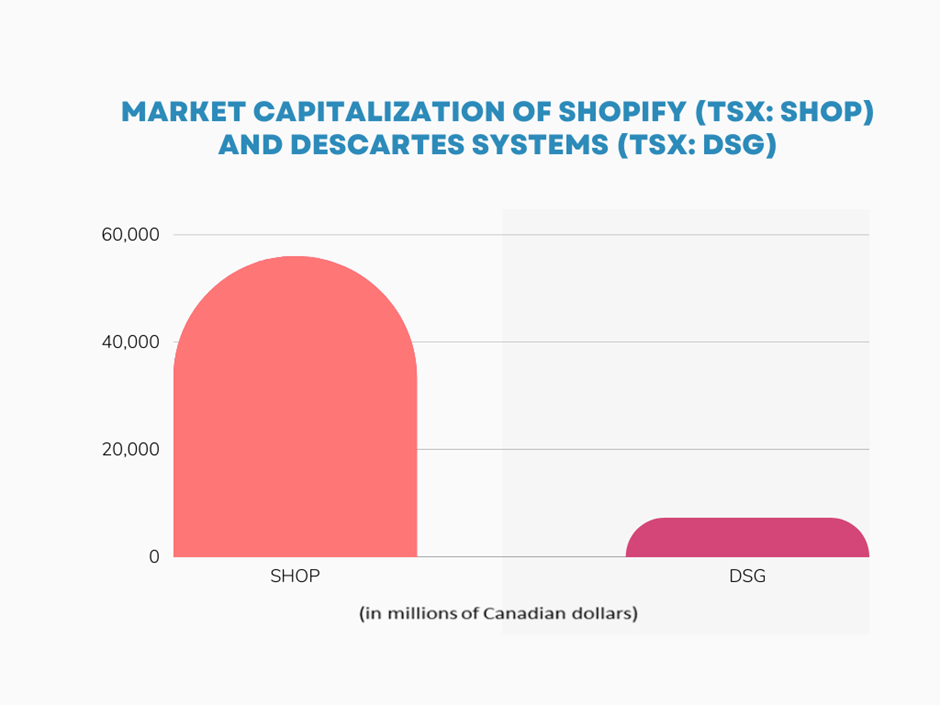 Shopify and Descartes are e-commerce players working on improving supply chain infrastructure through different business strategies, including acquisition. Also, these tech companies saw their revenue rise year-over-year (YoY) in the latest quarter. An additional point to consider here is both debt-to-equity (D/E) ratios are less than one, indicating their preference for equity financing over debt reflects lower solvency risk.