Canadian Pacific (TSX: CP) has been upticking on the stock market after the railway company announced a quarterly dividend of C$ 0.19 (due on October 31) a day before releasing its financial results for Q2 FY2022.

On Thursday, July 28, the Canadian industrial company highlighted that with its proposed combination with Kansas City Southern, it is planning to build the ‘first’ single railway line connecting the United States, Mexico and Canada. However, it said this merger is yet to receive approval from the US Surface Transportation Board.

Canadian Pacific added that with this merger, its aims to connect customers to new markets, promote competition in the US railway system and stimulate economic growth throughout North America.

On this note, let us closely view its financial performance in Q2 2022 and stock performance. 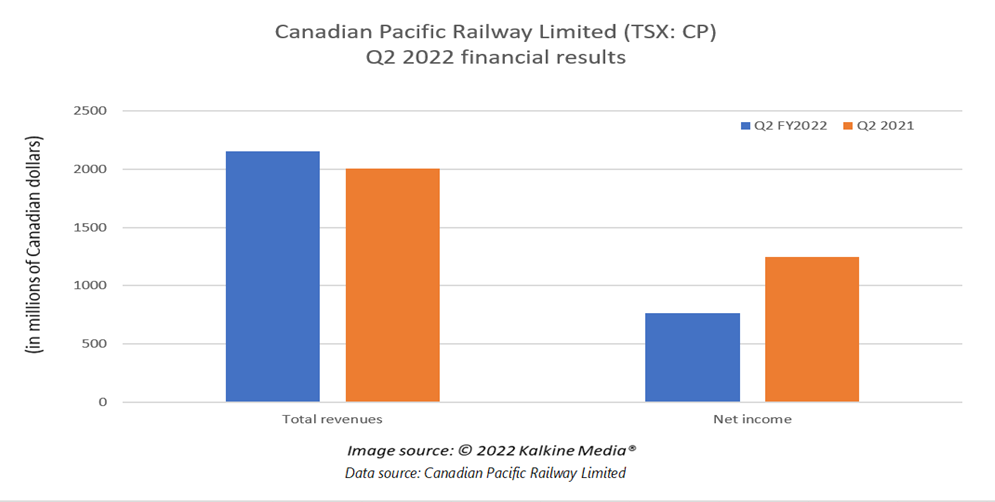 The CP stock jumped by over eight per cent in 52 weeks and was down by roughly seven per cent from a 52-week high of C$ 105.46 (March 31). According to Refinitiv, Canadian Pacific stocks seem to have gained momentum as its Relative Strength Index (RSI) value reached 68.82 on July 27.

Canadian Pacific could see significant growth if it receives approval for the KCS merger. The railway operator also noted a debt-to-equity (D/E) ratio of 0.58, which generally depicts less financial risk. Hence, investors with a low-risk level could explore CP stock for growth and long-term value.