Altcoins including Dogecoin and Shiba Inu have arguably emerged as competitors to the “undisputed king” of the cryptocurrency world, Bitcoin. Billions of dollars are getting parked into these altcoins.

But the world’s most popular digital currency’s hold over the crypto space remains unshaken. Bitcoin’s backers neither fear the regulatory crackdown nor care about volatility in prices. These enthusiasts rely on future acceptance and growth of the blockchain-powered Bitcoin. 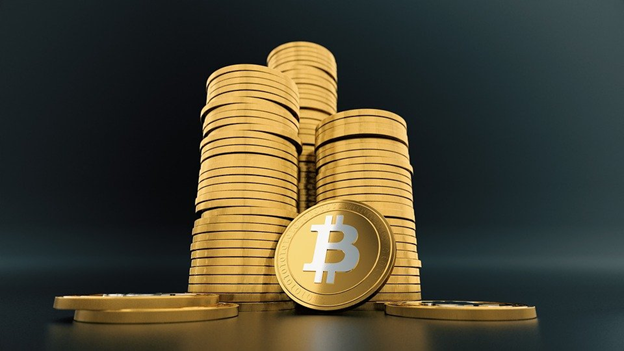 Many know that Elon Musk’s Tesla owns a large number of Bitcoins. According to CryptoTreasuries.org, Tesla holds 38,300 Bitcoins. To acquire these, the electric car maker spent nearly US$1.3 billion.

Unlike Elon Musk, who regularly makes headlines for his cryptocurrency stance, Saylor is more into pumping more and more money into Bitcoin. In his latest tweet, Saylor admitted to having recently bought 5,050 Bitcoins. 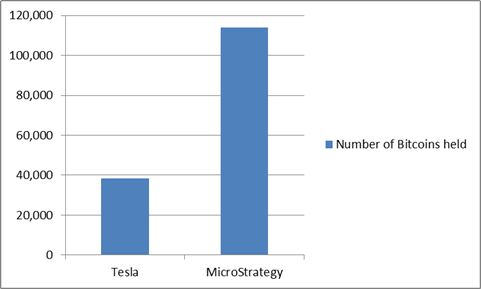 This new stash of Bitcoin takes MicroStrategy’s total Bitcoin holding to 114,042, nearly three times that of Tesla’s. This also makes MicroStrategy the biggest institutional investor of Bitcoin. Saylor’s tweet also included the purchase price of its total holding -- US$3.16 billion.

Bitcoin is the largest cryptocurrency by market cap. At the time of writing, its market cap was nearly US$884 billion. Bitcoin’s nearest rival is Ether, which commands a market cap of US$398 billion.

Bitcoin is a digital-only currency, unlike fiat currencies like the dollar. Unlike the latter, where the regulators oversee all aspects, there are no intermediaries in Bitcoin. It can be transferred among network members by using blockchain, or distributed ledger, technology.

Bitcoin is said to be the first cryptocurrency to hit the market.

By mid-February, Bitcoin’s price breached the US$50,000-level. In April, one Bitcoin reached a price level of over US$64,000. This was the peak of the summit. China’s regulatory crackdown and concerns over its energy consumption brought a bearish trend, and Bitcoin fell below US$30,000 in July 2021.

The cryptocurrency has regained the lost ground, and at the time of writing, one Bitcoin is priced at nearly US$47,000.

CEO Michael Saylor’s new bet on Bitcoin tells a lot about what backers are making of the present events. Some crypto analysts believe Bitcoin has appreciated much, and it may be time for altcoins like ADA (Cardano) to create wealth for investors. Others are betting on Bitcoin in the backdrop of El Salvador’s adoption and other favorable happenings.

For now, Bitcoin remains the most powerful cryptocurrency in the world. MicroStrategy’s Bitcoin bet is enough to tell us that backers remain bullish.