Stocks of large-cap company that have strong financials and pay regular dividends to their shareholders are labelled as bluechip stocks. Most big companies in the financial, industrials, energy and gold mining sectors come under this category. For instance, stocks of all the Big Six banks of Canada are fit the bill of bluechip stocks.

Investors looking for the long-term investment options often seek out bluechip stocks in hopes of steady growth and dividend payout.

On that note, let’s check out 10 bluechip stocks from the Toronto Stock Exchange (TSX). These Canadian lenders have recorded robust financial earnings in their last two quarters and improved credit quality.

The country’s second-largest creditor, Royal Bank of Canada pays a dividend of C$ 1.08 apiece at the moment and holds a dividend yield of more than three per cent.

The bank posts a five-year dividend growth of over six per cent and has yielded almost mid-level double-digit returns in the last one year.

In the second fiscal quarter 2021, RBC posted a double-digit net income and robust revenue. This surge came in the wake of falling provision for bad assets.

The BMO Financial Group is distributing a quarterly dividend of C$ 1.06 apiece for the ongoing quarter. The lender holds a dividend yield of above four per cent, with five-year dividend growth of 10.64 per cent.

This bluechip stock has grown over 73 per cent in the last one year.

TD Bank presents a healthy track record for both growth and sustainable dividends. It is currently trading at all-time highs amid a steady economic recovery.

TD posts a five-year dividend growth of 8.58 per cent, as per TMX.

As consumer demand increases and small to medium enterprises look to pay their outstanding debts amid improving recovery from pandemic lows, banks are likely to report higher earnings in the coming quarter. 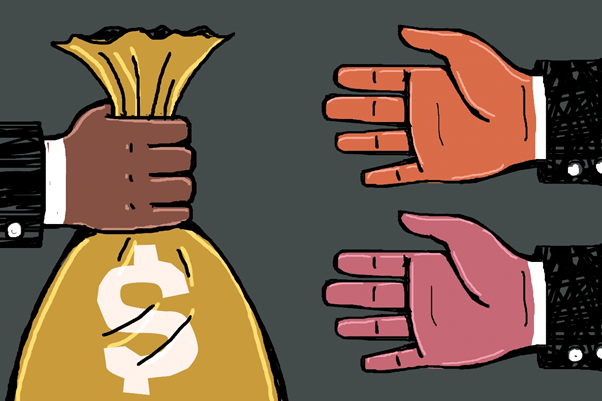 In line with its peers, Scotiabank also outpaced analysts’ estimation to report a profit of C$ 2.45 billion in the second fiscal quarter of 2021. The latest surge in its quarterly net income and revenue was propelled by a significant decline in provisions for bad loans that caused credit losses.

BNS records a five-year dividend growth of 5.17 per cent, as per TMX.

National Bank of Canada has maintained its dividend yield well above three per cent. Its share price has increased by 30 per cent this year, surpassing that of its peers.

Financially, it registered total revenues of C$ 2.24 billion in the second fiscal quarter of 2021, while its diluted earnings per share zoomed 123 per cent on a year-over-year (YoY) basis.

CIBC recorded a staggering 321 per cent YoY rise in its profit for the latest quarter, amounting to C$ 1.65 billion. The creditor benefitted from the extraordinary housing sector growth. Thus, its residential mortgage book also improved in the first half of the fiscal year.

Coming away from the financial sector, let’s take a look at a leading energy bluechip stock.

Shares of Enbridge Inc swelled around 10 per cent this year, with a massive 30-day volume of nearly 11 million. The company has been shifting to clean energy and generating 2,000 megawatts of electricity as of the first quarter of 2021.

The bluechip firm also improved its quarterly dividend by three per cent to C$ 0.835 apiece for this year. Its equity growth is also up around 15 per cent year-to-date (YTD).

One of the top Canadian energy firms, Suncor Energy stocks have soared as much as 41 per cent YTD. With a remarkable trading volume, standing at an average of nearly nine million for the past 30 days, the company ranks among the top 10 active stocks on the TSX at a moment.

Suncor offers a quarterly dividend of C$ 0.21 apiece, and its dividend yield is 2.72 per cent.

Shares of this oil and natural gas producer rose about 47 per cent this year. In contrast, the S&P/TSX Oil & Gas Exploration & Production has declined by more than three per cent in the same period.

The energy firm pays a steady quarterly dividend of C$ 0.47 apiece and holds a current dividend yield of over four per cent.

Stocks of transportation giant Canadian Pacific Railway have a notable one-year return of nearly 41 per cent. It distributes a dividend yield of C$ 0.19 apiece and five-year dividend growth of 18.86 per cent. It also has earnings per share of C$ 3.92 at the moment.

Canadian Pacific stock has become more accessible to retail investors after ot split its shares in May-end. The railway stock has registered a growth of over 11 per cent this year.