Instacart, the American grocery delivery and pick-up service company is reportedly facing decelerating growth and is slashing its valuation by 40 per cent to US$ 24 billion.

In the last funding round, Instacart was reportedly valued at around US$ 39 billion. Last year, the food-delivery startup had raised US$ 265 million in a funding round led by investors Sequoia Capital, D1 Capital Partners, Fidelity Management & Research Co., T. Rowe Price Associates Inc., and Andreessen Horowitz.

Instacart reportedly hopes that slashing its valuation would help the company boost its recruiting and retention efforts by offering new equity awards.

Also Read: AN2 Therapeutics IPO: When can you buy this biopharma stock?

Decreasing the valuation could be due to a negative investor sentiment across equity and private markets. Since the beginning of this year, macroeconomic factors like the outbreak of omicron variant and the ongoing war between Russia and Ukraine have caused an increased volatility in the markets.

The company reportedly said that market may keep going up and down, however, the company is focused on its long-term opportunity of empowering the grocery industry along with its partners.

What's next for Instacart IPO as it slashes its valuation?

Stock market enthusiasts have been looking up Instacart IPO plans since the past year, and last November, it was reported that the company delayed its IPO plans and could go public in 2022.

Since January, the IPO markets have remained weak compared to the previous year. Therefore, it is improbable that Instacart would plan an IPO in the coming months after slashing its valuation.

Instacart has not officially announced when it will go public, and potential investors will have to wait before investing. 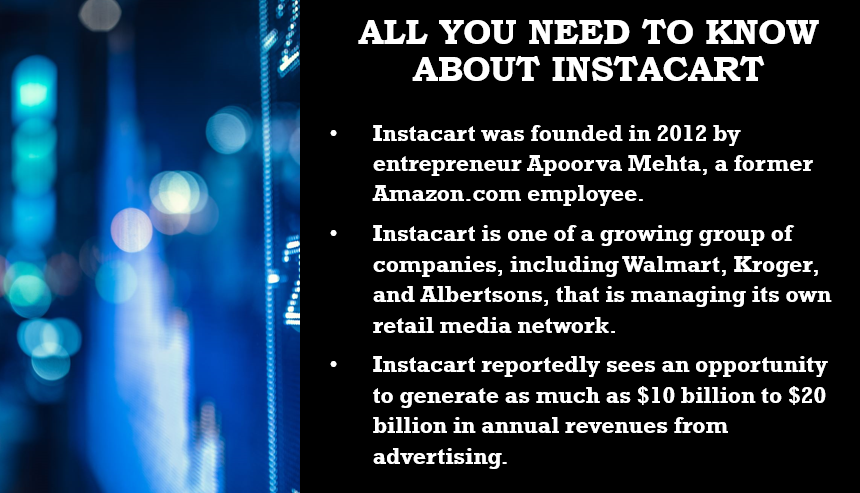 For the first time in November 2020, a report had claimed that Instacart had got in touch with Goldman Sachs for advising on the IPO. However, in 2021, another report claimed that the food-delivery startup was considering a direct listing.

Instacart has emerged as one of the largest delivery and pick-up service providers in North American markets. Since its inception, the company has successfully completed five acquisition and raised US$ 2.9 billion in total.

Also Read: Can you buy Stellantis stock in Canada?