In a recent update on the Australian Stock Exchange, SUDA notified that Dr Richard Franklin has joined the company as Project Director for the development of anti-thrombotic agent, Anagrelide. The company informed that Dr Franklin will fully direct the Anagrelide project till the completion of Phase I clinical studies. He will be work with the company’s project team and involve with key opinion leaders and world experts on Anagrelide. He was working with SUDA’s project team and management last week in Perth. 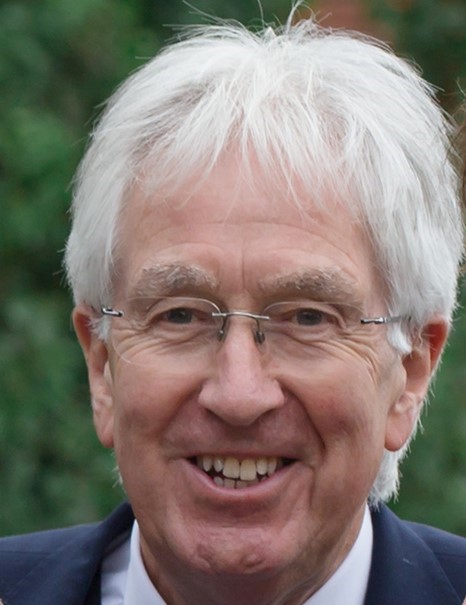 Currently a member of the company’s Science Advisory Board, UK-based Dr Franklin holds more than forty years of experience in pharmaceutical research & development. Dr Franklin has previously worked as a Research Fellow & New Product Innovation Head (small molecules) at US-headquartered Shire Pharmaceuticals, where he is credited with lodging more than 40 patents on potential new drug products. He has also worked with Sterling Winthrop, Wyeth, AstraZeneca and Glaxo in senior roles. Besides this, he was also the Associate Editor of the journal Xenobiotica for ten years and was the secretary and chairman of the European Drug Metabolism Discussion Group. He has published more than 60 scientific papers during his career.

Dr Franklin’s drug development experience covers a broad range of therapeutic areas and different products. Dr Franklin was earlier involved in the EU registration and development of Anagrelide as Xagrid® for the treatment of Essential Thrombocythemia, the orphan drug condition.

SUDA believes that Dr Franklin is well qualified to lead this thrilling new venture in utilising Anagrelide in the fight against cancer.

Anagrelide is an approved generic drug for treating a rare blood disorder where a patient’s platelet count is too high. The company’s Anagrelide project is related to the use of a completely new and unique approach to treat cancer, potentially pertinent over a broad range of solid tumours. As per SUDA, Anagrelide could be used in conjunction with treatments that involve immunotherapy stimulating the patients’ own immune system, rendering circulating cancer cells more vulnerable to attack by the body's own "killer" T cells. Like the immunotherapy process, Anagrelide research has also demonstrated that it “awakens,” the immune system to enjoin the fight against the attacking cancer cells.

The research conducted so far has shown that Anagrelide lowers the elevated platelets and thrombotic threat in myeloproliferative diseases resulting from large platelet counts. It is a beneficial outcome as platelets are recognised to play a significant role in the metastatic spread and growth of cancerous tumours. There is substantial evidence available in the scientific community, which verifies that reducing the platelet count can help improve outcomes for cancer patients.

As per the company, Anagrelide has some cardiac side effects, but if delivered via SUDA’s oro-mucosal spray, this toxicity is potentially avoided. The reformulation work for an OroMist spray of Anagrelide is currently underway at SUDA. The company owns the intellectual property for the use of Anagrelide in cancer titled, “Prevention and treatment of metastatic disease in thrombocytotic cancer patients”. 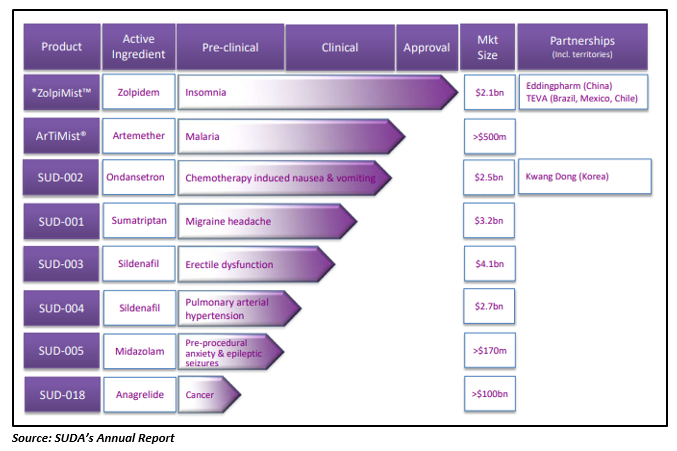 Recently, SUDA also released an update on its another product under development, ArTiMist® oral spray for the treatment of malaria. SUDA notified that the Department of Health’s Division, the Australian Therapeutic Goods Administration (TGA) has provided the acknowledgement of receipt of the application regarding reconsideration of the marketing approval of its ArTiMist® oral spray, which was earlier denied by Advisory Committee of Medicines in April 2019. In accordance with section 60(4) of the Therapeutic Goods Act 1989, the Minister’s delegate must notify the company in writing over the decision on reconsideration, within 60 days from the date of receipt by the Minister i.e. on 4th October 2019.

Last month, SUDA also received an information from the European Patent Office (EPO) about its intention to grant SUDA’s Anagrelide Patent. The company mentioned that EPO would grant the patent “Use of Anagrelide for Treating Cancer” with Application No. 15817516.6 and Expiry Date - December 2035. The granting of the patent was considered to be a noteworthy step in the SUDA’s commercialisation process and confirmed its position as the only company to have a patent covering the use of Anagrelide for the prevention or treatment of metastatic disease in the lung or bone in a patient with solid cancers and a high platelet count.

SUDA is using its OroMist® oro-mucosal technology for the redevelopment of the existing billion-dollar drugs for oral delivery, ensuring faster onset, potentially smaller doses & safer delivery for ex-blockbuster drugs. The reformulation presents a promising opportunity for the company to take a drug approved for blood disorder & convert it to an oro-mucosal spray cancer drug.

SUD is currently trading at AUD 0.005, up 25% by the close of trading session on 13th August 2019. The stock has delivered enormous returns of 50 per cent and 18.42 per cent in the last one month and three months, respectively.

CLICK HERE FOR YOUR FREE REPORT!
Tags:
Healthcare ASX: SUD
All pictures are copyright to their respective owner(s).Kalkinemedia.com does not claim ownership of any of the pictures displayed on this website unless stated otherwise. Some of the images used on this website are taken from the web and are believed to be in public domain. We have used reasonable efforts to accredit the source (public domain/CC0 status) to where it was found and indicated it below the image.