Pills, capsules, and tablets may not be the most efficient method for administering medicines as only ~10 – 30 per cent of the drug reaches the bloodstream. Several factors, including food effect, enzymatic degradation and first-pass metabolism are responsible for the low absorption rate of medicines that are administered as solid-dose forms.

Australia-based drug delivery company SUDA Pharmaceuticals Ltd (ASX:SUD) has stepped ahead in the evolution of drug delivery technology, increasing the bioavailability of the drug from 10 – 30 per cent to as high as 95 per cent through its unique platform technology - OroMist®.

SUDA is developing low-risk oral sprays using its OroMist® technology to reformulate existing billion-dollar pharmaceuticals. The Company is targeting large markets, including insomnia ($4 billion by 2026), migraine ($9 billion by 2026), medical grade cannabis ($66 billion by 2025) and cancer ($424 billion for solid tumours by 2027).

To target the large cancer market for solid tumours, the Company is formulating a generic drug Anagrelide to treat a rare blood disorder where a patient’s platelet count is too high.

Research to date has demonstrated that Anagrelide lowers the elevated platelet count, which is a favourable step as research shows that a high platelet count plays a crucial role in the metastatic spread and growth of cancerous tumours. SUDA’s researchers are investigating the platelets’ role in cancer and the potential use of anagrelide drug as a treatment to target platelets. 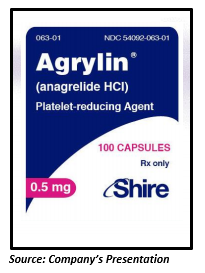 Moreover, the potential application of Anagrelide across a wide array of solid tumours makes it an attractive proposal for the Company.

SUDA is in the process of developing Anagrelide as an oro-mucosal spray formulation in order to minimise the risk of cardiac side effects, which are greater with standard oral doses.

Before understanding how Anagrelide will support in cancer treatment, let us look into the relationship between platelet count and cancer progression.

In addition to playing a crucial role in wound healing and controlling the clotting process, platelets have been found to play an active role in several processes supporting cancer. Platelets release different bio-active materials in the bloodstream when they are activated by the cancer cells, in order to support the primary tumour generate its own blood supply and further protect the released cancer cells that move in the body to form new tumours.

Comprehending the importance of platelets in supporting their growth, the cancer cells release chemicals into the body to generate more platelets, which puts the overall survival of the cancer patient at risk. Medical and Science experts believe that platelet reduction can improve the outcomes for cancer patients. 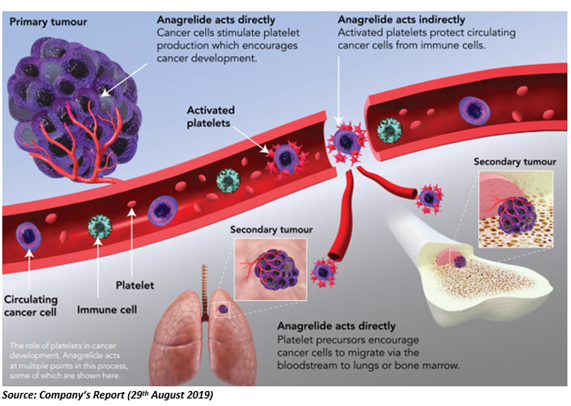 It is worth mentioning that SUDA’s Anagrelide plays a considerable role in lowering platelets without impacting any other blood cells.

How Anagrelide can Help in Cancer Treatment?

Anagrelide may assist to reduce tumour growth by slowing the production of platelets, which will further expose the cancer cells to the immune system. By potentially decelerating the growth of the tumours, the existing cancer drugs will then have a greater chance of reducing the tumour burden.

Notably, anagrelide is proposed as a neo-adjuvant or adjuvant therapy to support cutting edge treatments

In the case of an adjuvant therapy, anagrelide will possibly play a role in lowering platelet numbers, consequently reducing the levels of platelet-derived growth drivers that enable tumours to grow, become established and metastasise.

In addition, in case of neo-adjuvant therapy, which permits other anti-cancer agents or drugs to act more efficiently, anagrelide will possibly play a role in lowering the number of platelets available to protect circulating tumour cells and safeguard them from killer T-cells of the immune system. 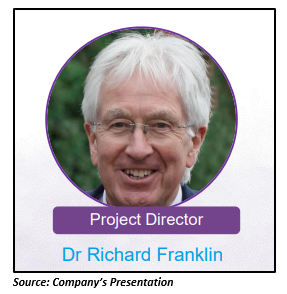 Importantly, Dr Franklin was involved in the development and registration of Anagrelide for the treatment of essential thrombocythemia in Europe. Dr Franklin is a member of SUDA’s Scientific Advisory Board.