3 Stocks in The Security Services Space: AVA, DRO, and SP3

Several Counties, organisations, and individuals, at various levels, are experiencing the threat from intrusions of late. Due to the rising cases of invasions, there is a rise in the demand for security services worldwide.

There are several tools and application used by the countries, businesses, and people at a personal level, to safeguard them from these intruders. To know more about them, click here.

A report from Gartner states that global security and risk management spending would continue to grow. However, the growth will be at a slower rate in the current year.

Market experts believe that the security services segment has a positive outlook in the future. They believe the market to cross the US$425 billion mark by 2025.

The growth in the global physical security market is primarily driven by developed regions like North America and Western Europe. However, it may be possible to see rising demand from Latin America and the Middle East region in the future. Looking ahead, the APAC region, with the technological advancement and increased use of the perimeter security services by the companies, would fuel the physical security market.

On that note, let us check out a few ASX-listed companies active in the security services space and see their recent developments.

The Company expects its Q4 FY2020 revenue to be A$12.3 million, surpassing its earlier guidance by A$1.8 million. The half-year revenue forecast is now projected at ~A$24.6 million, more than A$2 million above the previous guidance; FY2020 revenue would be around A$45 million. FY2020 EBITDA is expected to be ~A$6.8 million, up A$1.8 million from the earlier projections.

Q4 IMOD revenue in Q4 is now expected to be A$1.3 million, beating the previous guidance by A$0.8 million.

Mr Scott Basham, who joined AVA Group during March 2019, would retire as Group CEO and Executive Director. The position of CEO of the AVA group would now be taken up by experienced executive Rob Broomfield who is presently the Technology Division COO and will continue to lead this division as well.

AVA shares have delivered a -3.13% return in the last one year. However, a considerable improvement was seen in its last previous months performance, where the shares provided a return of ~41%. The stock ended the trading session at A$0.160 on 13 July 2020, up 3.226% from its previous close.

DroneShield Limited is a global leader in drone security technology.

On 2 July 2020, the Company received the newly published initial list of Counter-UAS (C-UAS) systems by the US Army.  The list provided by the US army comprises of various acceptable C-UAS systems along with fixed-site, mobile, and portable solutions as per the systems fielded in earlier years by the US Department of Defense (US DoD).

Earlier, DroneShield products were not a part of the initial review as the products have been lately started being deployed by US DoD.

Recently, the US DoD acquired several DroneShield DroneSentry systems to detect and defeat abilities for base defence counter to rogue drones & drone swarms. These systems would be provided to the DoD end-user this quarter which would provide 24/7 protection from drone intrusions. 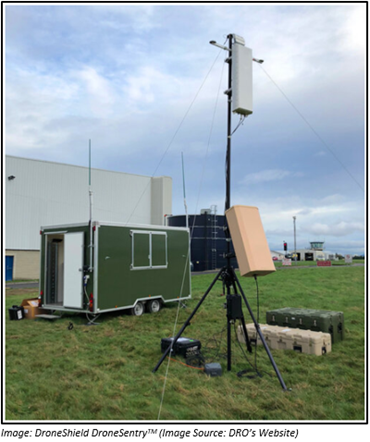 Spectur Limited is an Australian company capable of delivering solutions suited to the harsh Australian environment with short local supply lines & an ability to customise software and hardware when required.

On 9 July 2020, Spectur Limited announced that it received a commitment to raise A$567,248 by issuing 11,344,960 shares at 5 cents per share. The placement has attracted strong demand from existing and new shareholders who meet the criteria as sophisticated or professional investors.

Also, the Company announced a non-underwritten Share Purchase Plan to raise another A$567,248 by issuing another 11,344,960 shares at 5 cents per share.

The net proceeds via capital raising would strengthen the balance sheet of the Company. It would also accelerate the adoption of the Company’s new scalable next-generation technology platform, drive sales via the expansion of the channel partnerships plus the marketing strategy along with the review potential M&A opportunities.

On 7 July 2020, Spectur, referring to the long-term Collaboration Agreement with CSIRO’s Data61, revealed in its announcement on ASX dated 2 July 2020, clarified that the project term is for 18 months. Also, the Collaboration Agreement forms the base for a suite of expanded AI applications which can be implemented on the STA6 platform. CSIRO’s Data61 would develop various Artificial Intelligence applications and the modular deployment to the STA6 for edge application and cloud for a web-based application.