The year 2020 has been a dreadful one for global economies. In a bid to fight the pandemic and the slowing economy, the governments and central banks across the world have taken unprecedented actions such as imposing lockdowns, easing money flow into the system, lowering interest rates and offering robust stimulus packages. In such a backdrop, investors are in favor of yellow metal that has generated a return of around 16 per cent in 2020 till date.

It is interesting to note that gold has outperformed the Australian benchmark index, S&P/ASX 200, which has generated a negative YTD return of about 10 per cent. A rush to safe haven assets amidst growing uncertainty seems to be fueling demand for products like gold coins, jewelry and gold bars; however, a major chunk of the demand is also coming in from the central banks.

Besides, a continuing increase in coronavirus cases and mounting US-China tensions are supporting a flight to safety on gold, enabling spot gold to hold above the key USD 1,800 mark. 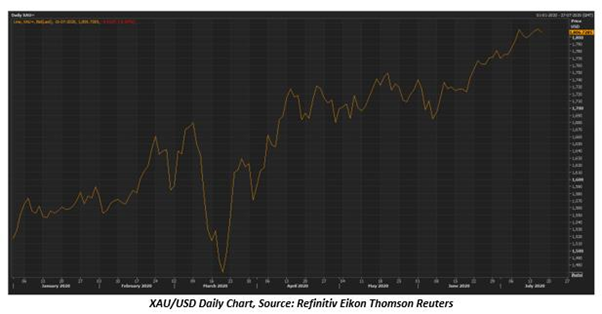 Backed by a remarkable performance of gold in 2020, Australia-based gold explorer, Middle Island Resources Limited (ASX:MDI) has delivered an exceptional return of over 460 per cent on a YTD basis. Besides gold price movement, Middle Island’s sound fundamental steps towards its goal of recommissioning Sandstone processing plant at the earliest possible opportunity supported the rise in Company’s stock price. 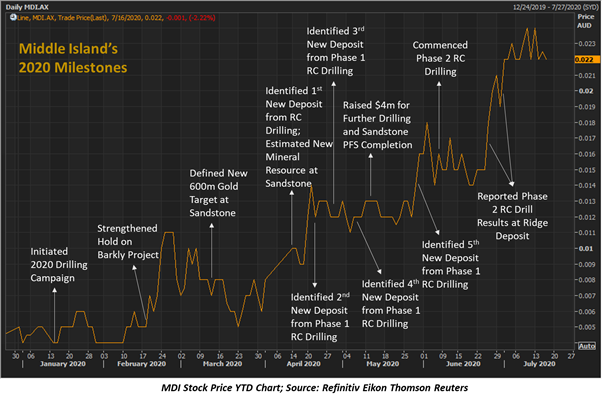 While Middle Island has reported several significant developments in 2020 so far, the success of its Phase 1 RC drilling campaign was the real showstopper. 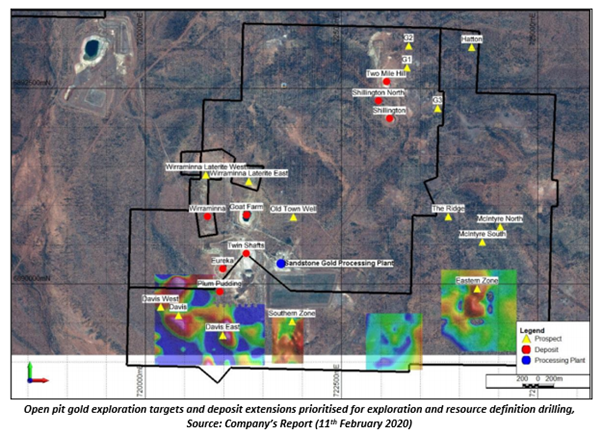 Following an extremely successful Phase 1 RC drilling campaign, Middle Island is progressing considerably well with its Phase 2 drilling campaign, comprising ~13,800m of resource definition RC drilling and HQ3 oxide diamond coring program. While the initial Phase 2 RC drilling at Ridge Deposit has returned significant intersections from drill holes MSRC530, MSRC544 and MSRC545, the company believes further exciting results from the campaign are likely to be shared in the near future.