Actinogen gets upbeat results from Xanamem trial for Alzheimer’s treatment

Biotechnology company Actinogen Medical (ACW) has struck another landmark in the development of a new treatment for Alzheimer’s disease. The firm has got positive XanaMIA Part A trial results for its lead compound Xanamem®, which is currently being developed as a promising new therapy for Alzheimer’s disease, Fragile X Syndrome, Depression, and other neurological diseases.

The positive results from the trial confirm the potential of Xanamem to improve cognition even in a cognitively normal population. 5 mg and 10 mg daily doses of Xanamem exhibited a good safety profile and a full pharmacodynamic activity supportive of continued development. 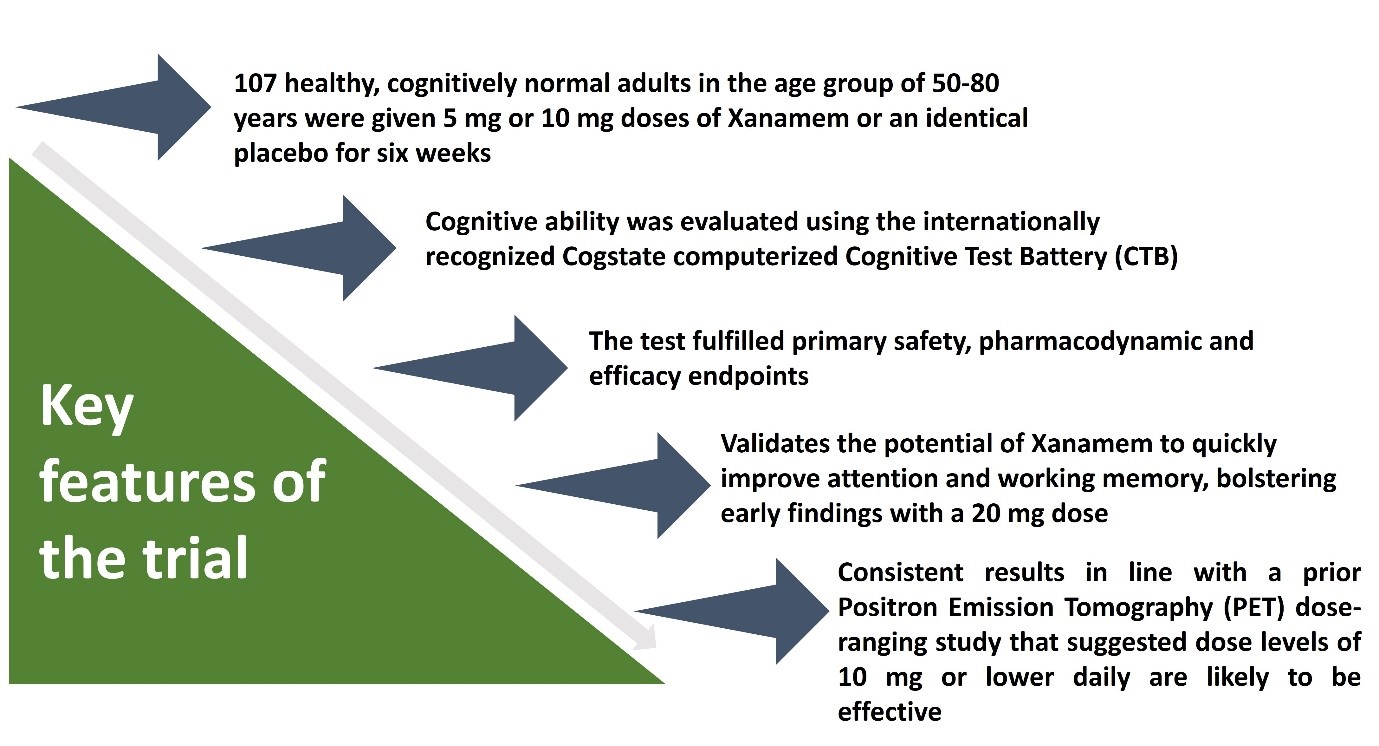 According to Professor Paul Rolan, Actinogen’s Chief Medical Officer, the results validate the positive effects of Xanamem on cognition, with outstanding safety. They significantly boost the Alzheimer’s Disease program and open the door to Xanamem’s assessment of other chronic neurological and psychiatric diseases where poor cognition is a significant complaint. 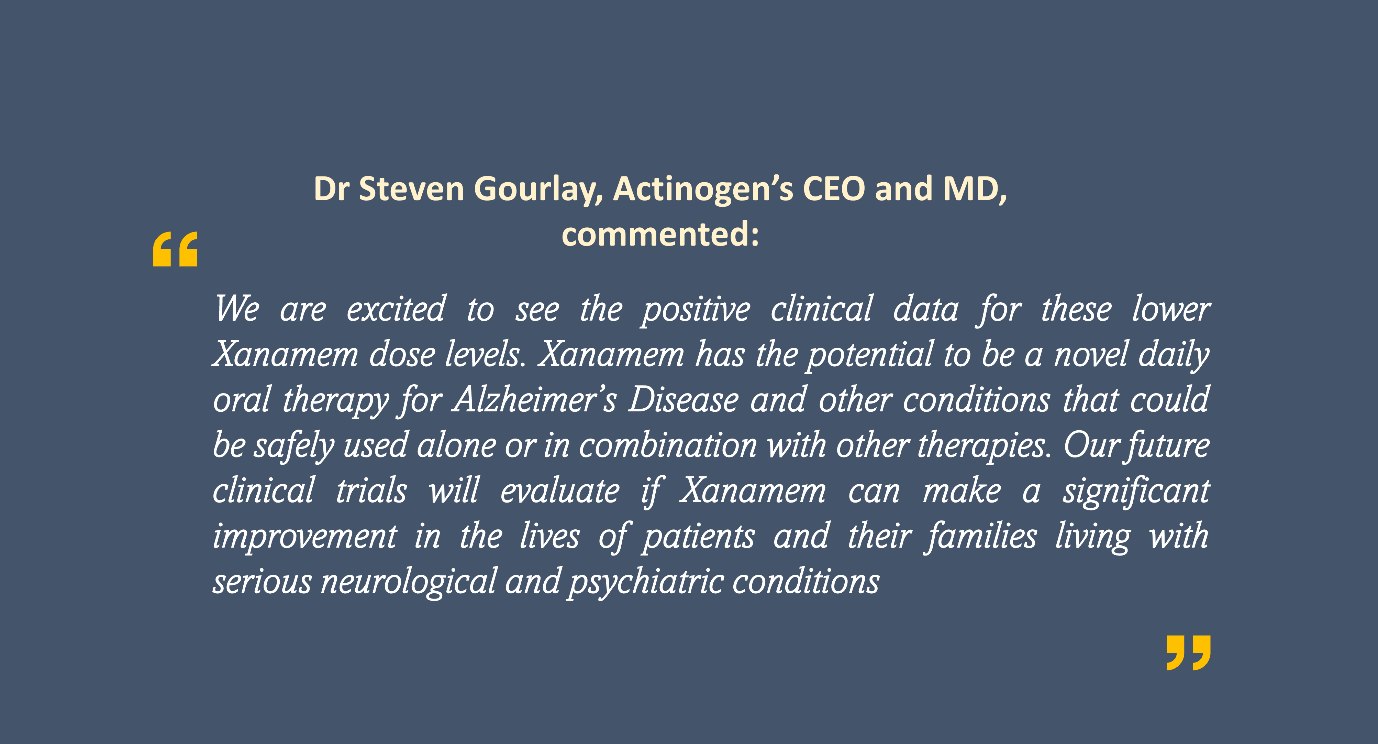 Detailed results of the trial will be reviewed with experts from academics and industry for finalising the following Alzheimer’s Disease program trial. The company is planning a part B trial to study the effects of Xanamem in patients at the early stages of the disease. The trial design will be broadly like the Part A trial.