In an upbeat market update, the company announced an enormous 1.03 billion barrels of Gross Mean Prospective Resource of oil, recoverable from multiple reservoirs, for the project.

The maiden Independent Prospective Resource estimate report has been prepared by US-based Lee Keeling and Associates, Inc., an independent expert petroleum and engineering firm. To assess the resource potential of the area, an extensive data review was performed across many geoscience disciplines, including in-depth geophysical and petrophysical analysis to name a few. 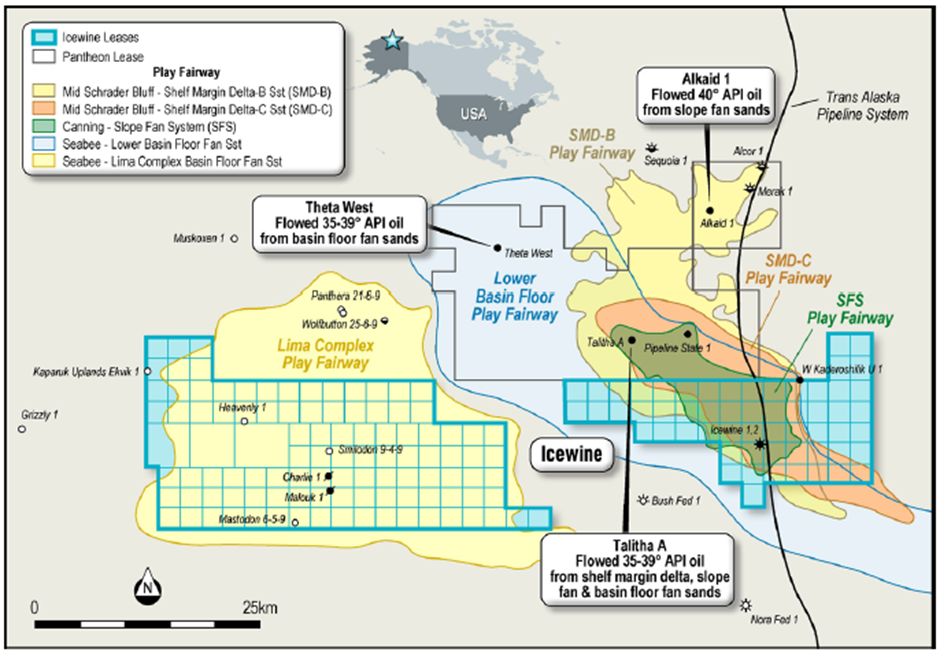 To know more about the Project Icewine East, click here.

88 Energy was successful in the award of significant prospective resources across all the recently mapped Shelf Margin Delta, Slope Fan System, Basin Floor Fan and Kuparuk play fairways on the acreage. These plays were correlated with the Brookian/Beaufortian reservoirs tested by Pantheon.

The nearby Pantheon wells, Alkaid-1, Talitha-A and Theta West-1, are known to have oil flow of 350 to 400 API gravity, a light and sweet oil (low sulphur).

The well test results from the adjacent Pantheon wells are highly positive according to 88 Energy and significantly boost the prospectivity and chance of success (COS) in its acreage. 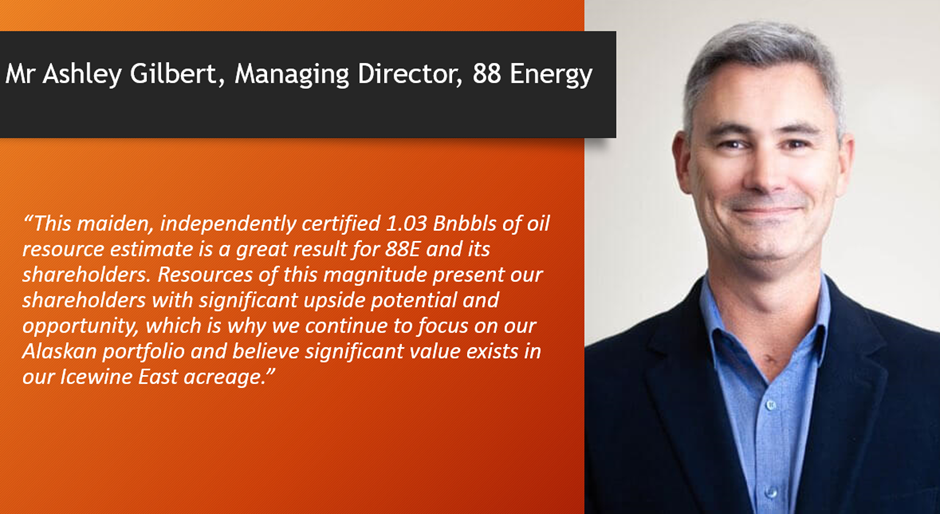 88E is currently engaged in the full interpretation of the leased Franklin Bluffs 3D data, including the AVO analysis. This will aid in identifying the ‘sweet spots’ for each play and determining the optimal future exploration and appraisal drilling well locations on the acreage.

88 Energy holds a 75.227% working interest in the project, which is located on the central North Slope of Alaska and covers an area of 185,320 net acres.

The resource estimate at Icewine East was concluded during Q3 of 2022.

88E plans to drill an exploration well on the acreage in 2023, based on the data interpretation of the leased Franklin Bluff 3D and AVO analysis. 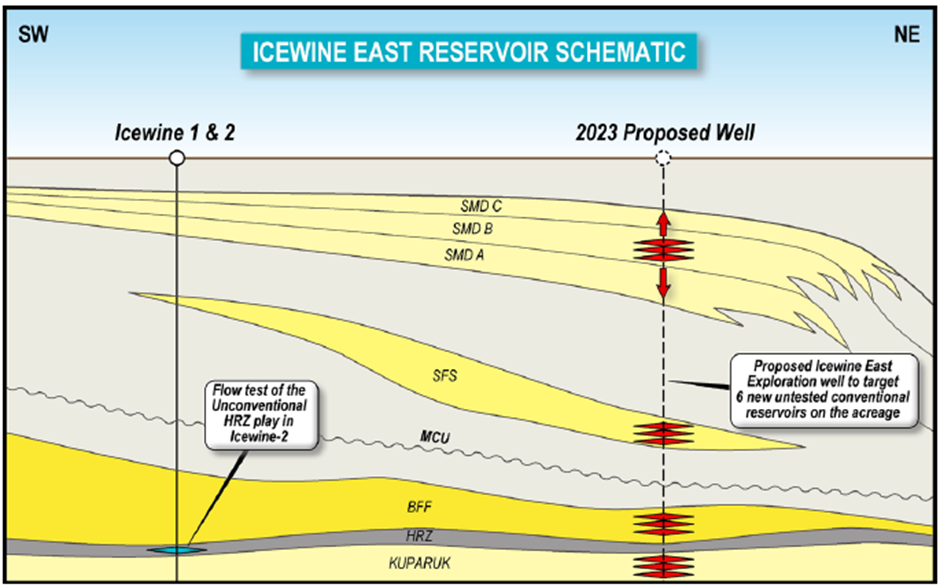