A Flick Through Prominence Energy's Opportunities in the Global Oil Market

PRM is primarily focused on developing the Bowsprit project with modern horizontal wells and establishing production, targeted towards delivering value to its shareholders. The company holds 100 per cent working interest in the Bowsprit Petroleum Leases (21754 & 21787) and is also the operator of these leases.

The project, which is in a good strategic location with ready availability of critical infrastructure and expertise, is estimated to host 0.76 million barrels (2C gross) of contingent resources and additional 1.72 million barrels (best; gross) unrisked prospective resources.

Why Crude Oil for Prominence Energy?

Globally, oil is the most important energy source, thus it is critical to economic growth. Crude oil is amongst the most important raw materials used in hundreds of things, ranging from petroleum products used to fuel vehicles and airplanes, manufacturing plastics and medicines to heating homes.

Petroleum is used in plastics, chemicals and several common household items such as clothing, lipstick, luggage, and camera.

According to a report (short-term energy outlook) released by the US Energy Information Administration (EIA) on 14 January 2020, global oil supply and consumption would grow by 1.6 million barrels per day (b/d) and 1.3 million b/d in 2020, respectively. Moreover, growth in oil consumption at a global level would average 1.4 million b/d in the next year (2021) and would outpace supply growth. As a result, oil prices is anticipated to go up in the coming years. 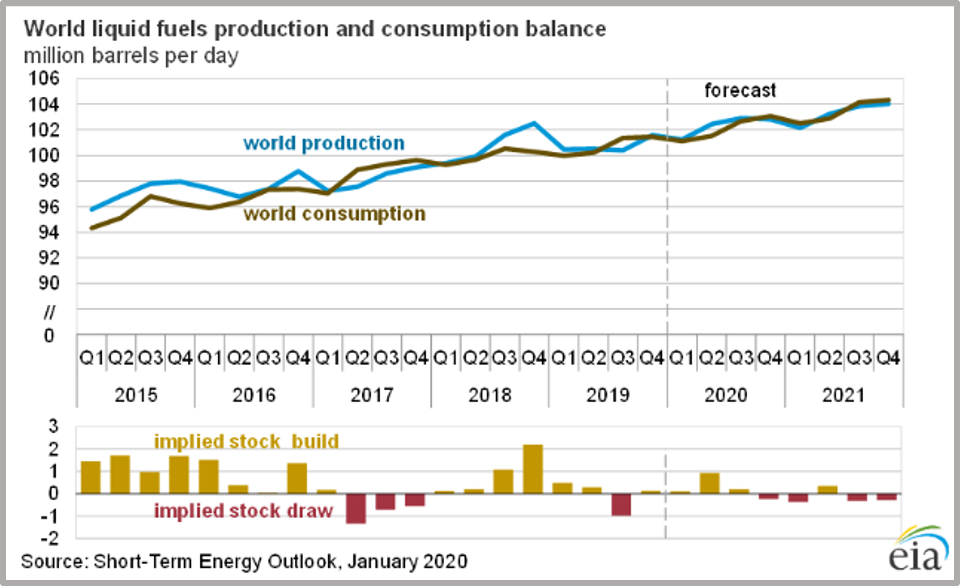 Moreover, according to the EIA release, supply growth in 2020 would be led by non-OPEC members such as North American countries (United States and Canada), Norway and Brazil. Additionally, United States is expected be the main contributor to this growth.

Some of the factors that would result in rise in oil consumption growth are:

Prominence Energy Set for the Future

The company has selected location for drilling first well at the project, with all the required permits in place for starting the drilling program. Though dependent on obtaining funding for the first well drilling program, in lieu of which PRM is already in discussions with several parties to strike a farm-out deal, the company plans to drill the Bowsprit – 1 well in the first quarter of 2020.

Prominence Energy, being an oil & gas exploration and development company with a low capital expenditure (capex), high margin, oil appraisal/development project offshore Louisiana, is likely to have an encouraging scenario in future, given the expectation regarding consumption growth outpacing supply growth, and hence resulting in increasing oil prices that may benefit in terms of better margin.

Interesting Read: Oil Price and Forecasts; Prominence Energy All Set to Thrive in This Environment