Would you Invest In These Six Stocks- CPV, MX1, SEN, JAY, FGR and PRZ?

Business magnate Warren Buffet advised the investors to absolutely refrain from investing in a business that they are unable to understand. This would resonate with the mind and willingness of every active investor, as they all practice the rule that the same man stood by- Rule Number 1: Never lose money and Rule Number 2: Never Forget Rule Number 1. In the ocean of options available in the ever-changing and evolving share market, investors always have their thinking caps on and eyes wide open to look out for stock performances, and tap the place and company to invest their valuable money in.

It is a vital investment requirement to be wary of the current market announcements and stock performances of lucrative companies. Let us look at such 6 stocks, listed and trading on the Australian Securities Exchange and enlighten the mind of the investors:

Profile: ClearVue’s patented technology lets visible light to pass through a pane of glass and the invisible wavelengths are deflected to be converted to electricity. The company has obtained a manufacturing partner, based in China, to manufacture one square metre panels at a rate of 300k per year.

MOU with BeyondPV Company Limited: On 15 July 2019, CPV notified that it had signed an MOU with BeyondPV Company Limited of Taiwan (Republic of China), who is a developer and designer of photovoltaic technologies, with the supply agreement to be finalised and signed in 60 days. As per the agreement, BeyondPV would design, manufacture and supply solar PV strip modules to the company’s licensed manufacturers to be used in solar PV IGU’s, windows and smart façades.

The investment cost incurred by BeyondPV would stand at US$3.5 million, with the investment all set to begin prior to December 2019. The target of solar module strip shipment volumes in 2020 is most likely to be greater than 200,000 strips.

Profile: A healthcare player, Micro-X Limited uses cold cathode x-ray sources and aims to revolutionise the medical space and security imaging. As per a release on 15 July 2019, in its wide accolades, the company recently bagged $2.4M in Grant Funding from the Federal Government Advanced Manufacturing Growth Fund in September 2018, for its advanced manufacturing plant and equipment. The company was listed on ASX in 2015 and has its registered office in Clovelly Park.

Completion of technology project: On 15 July 2019, MX1 announced that it had completed the project for the development and manufacture of the next generation of carbon nanotube x-ray tubes which began in 2017 and now meets the ISO 13485 standards and also FDA requirements. Its proprietary CNT emitter would be used in all the x-ray products. The total project’s cost stood at ~$3 million. Post final testing, MX1 would be one of only two companies globally capable of manufacturing CNT-based x-ray tubes.

Profile: An IT player listed on ASX in 1984 and headquartered in Melbourne, SEN specialises in high speed data encryption protecting sensitive data for the service providers like government, enterprise and so forth.

Exclusive Global Distributor: On 15 July 2019, the company notified that Thales would continue to function as SEN’s exclusive global distributor. Thales was recently in news for the acquisition of Gemalto. The products to be distributed would comprise of the virtual network encryptor CV1000 which comes within the brand - SafeNet High Speed Encryptor. The company would provide a detailed category of the product, new products and market

Profile: A transfer comparison site, JAY is an online portal that let the users compare airport shuttle and transfer companies to book apt deals and works with over 3000 companies worldwide.

Stock Performance: The company’s stock was last valued at A$0.29, on 11 July 2019, with approximately 84.33 million outstanding shares and a market capitalisation of A$24.46 million. The stock has generated a negative YTD return of 35.56 per cent.

Completion of Foundation of Global Transport Strategy: On 15 July 2019, the company announced that it had completed the foundation phase of its Global Transport Strategy and secured its reach at over 1,500 international airports, with access to 6.6 billion passenger trips (which is 85 per cent of the global passenger trips) and 3,332 transport companies. Since last year, the presence has leaped from 5 to 81 countries with passenger trips bookings increasing by 70 per cent in Q419. The company would showcase its revenue growth by the end of July 2019. 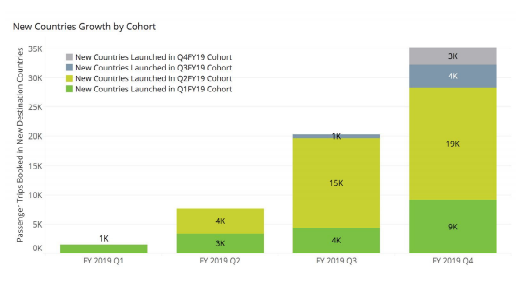 Profile: FGR is an advanced materials entity aiming towards positioning itself in an economical cost quartile of international graphene suppliers. FGR got listed on Australian Securities Exchange in 1994 and has its registered office situated in Nedlands.

Sale of PureGRAPH® begins: On 15 July 2019, the company notified that it had commenced the sale of PureGRAPH® products post receiving NICNAS and REACH’s respective approvals. The sales had been shipped to Ireland, the UK and Germany for development programmes and additional two long-term supply contracts are being concluded, parallel to the shipment of the initial sales volumes. The sales in Australia and Europe regions had been completed, with newGen Group progressing the field trials with consumers in the Pilbara mining region of West Australia zone. 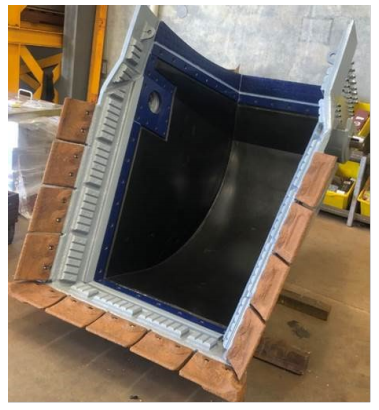 Graphene based bucket liners to be commissioned in Pilbara (Source: FGR’s report)

Profile: An IT player focussed towards the development and manufacturing of innovative safety systems for drones, PRZ was listed on the ASX in 2018 and has its registered office in Perth.

Stock Performance: The company’s stock last traded at A$0.075 on 11 July 2019, with approximately 117.02 million outstanding shares and a market capitalisation of A$8.78 million. The stock has generated a negative YTD return of 31.82 per cent.

Product compliance to Transport Canada regulations positive: On 15 July 2019, PRZ notified that its ASTM compliant SafeAir Systems for the DJI Phantom 4 Series and DJI Mavic 2 Series are in sync with the latest Transport Canada regulations, which came on 1 June 2019. This facilitates the usage of SafeAir Mavic + ASTM Professional Kit along with SafeAir Phantom + ASTM Professional Kit, to go live over people at once. 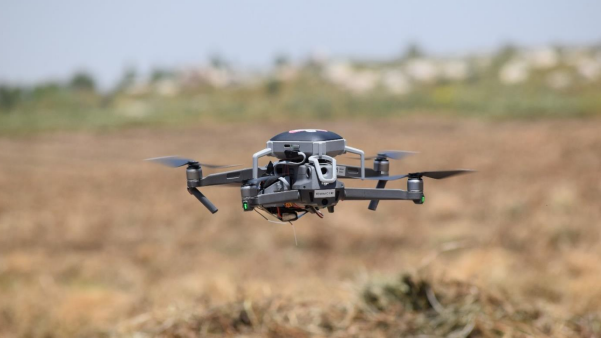