Natural gas liquids (ng liquids) sales volume inched up by 117% and stood at 172,736 barrels in the quarter ended March 2019, as compared to just 79,513 barrels sales volume in the previous corresponding period (Q1FY18).

The company has # announced its FY18 earnings.

The prices realized by the company during the quarter ended 31st March 2019 are as follows:

The operational activities of the company from year to date are summarized, and are as follows: 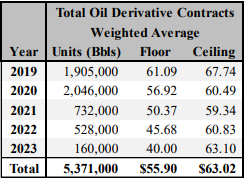 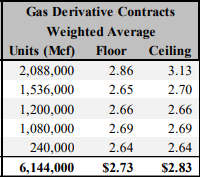 The crude oil hedge book is as follows:

A strong hedge book could safeguard the company’s revenue against the market fluctuation; however, it marked a relatively strong expense as compared to other expenses during the quarter ended 31st March 2019. 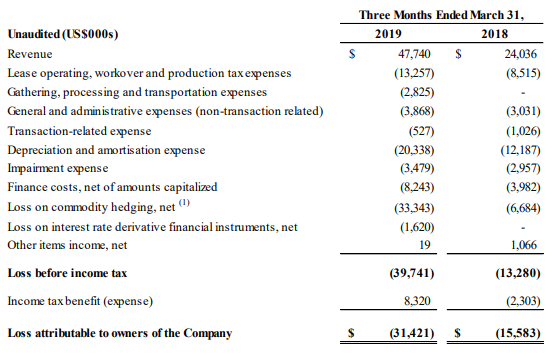 The company estimates that the average sales could reach the level of 13,500 to 14,000 barrels of oil equivalent a day during the second quarter, with an EBITDAX of US$35 to 40 million.

Sundance plans to bring 25 wells online during the year with a cost of US$135 to $155 million, and the company further intend to spud 8 total wells during the second quarter with 6 being productional.

SEA mentioned that the base price, which it intends to keep is $50 (conservative oil price environment) and any higher cash recognized amid an increase in the market price of the commodity would be utilized by the company to pay the debt or for investment activities.

On 16 May 2019, the company notified that its bank group had completed its scheduled borrowing base reassessment.

Sundance decreased the Credit Facility’s pricing by 25 basis points along with the expansion in company’s bank syndicate by two additional members. The total bank syndicate of the company now stands at seven, including the newly added two members.