Australia has had a rather forgettable 12-month period with the bushfires that started in mid-2019 and then the ongoing COVID-19 pandemic which continues to affect world economies. While several companies were hit hard due to these events, some performed well due to the nature of their business.

On the one hand, corporations resorted to options such as withdrawing or postponing their guidance and implementing cost initiatives to ensure the sustainability of their business. On the other hand, the pandemic created opportunities for a few industries.

We will now look at some ASX-listed players that have garnered the attention of market participants of late.

Telecommunication carrier, Telstra Corporation has been under the spotlight led by its 5G expansion plan across the nation. The most recent update is the boost in the mobile coverage in Berrys Creek.

On 21 July 2020, the Company announced that a new mobile site was switched as part of the Federal Government’s Mobile Black Spot Program. The step was taken to improve the coverage to Berrys Creek.

According to the Regional General Manager Loretta Willaton, the new site would improve the existing coverage across South Gippsland.

On 14 June 2020, the Company launched a world-first suite of Enterprise-grade 5G solutions. Telstra Enterprise customers are the first in the world who would be able to buy and implement Cradlepoint 5G wireless network edge solutions. This solution comprises of adaptors and routers engineered to provide the speed, security, reliability plus manageability needed by Enterprise 5G clients.

The solution, when coupled with Telstra’s 5G network and Enterprise Wireless service, is amongst the most comprehensive Enterprise 5G solutions in the world. Thus, it would offer a real substitute to fixed connections for businesses.

Do Read: Are these the Top 6 Stocks to look at this Season: KGN, EML, NXT, ANN, TLS, BLD

The tale of gigantic Telecommunications industry and its players: TPM, TLS, VOC, AYS

TLS shares in the last six months delivered a negative return of 13.45%. However, the performance of the shares in the previous three months grew ~9. By the end of the day’s trade on 24 July, TLS shares settled at A$3.330, down 0.597% from the last close.

A leading player in the digital retail finance and payments industry, Zip Co Limited has delivered strong revenue growth of 64% in the Q4 FY2020 ended 30 June 2020 as compared to Q3 FY2020. 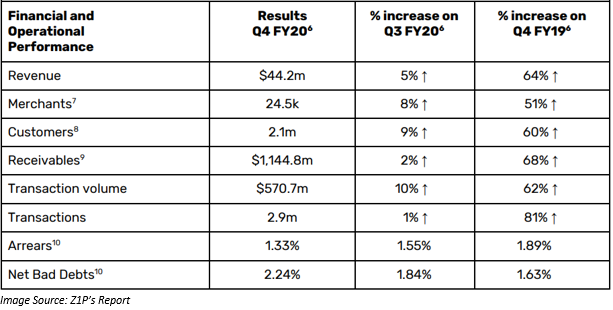 The Company, during the period, completed the acquisition of US-based BNPL Company QuadPay along with an investment of up to A$200 million from Susquehanna Investment Group to fast-track its global expansion strategy and drive growth.

On 20 July 2020, Respiri Limited entered into a merchant services agreement with the Company’s 100% subsidiary Zip Money Payments Pty Ltd. In Australia, the BNPL services are growing at a faster pace. One out of every ten people in Australia uses such payment options.

GOOD READ: Global Growth - How it plays a role for BNPL Stock Z1P

In a market release on 20 July 2020, FXL provided a humm retail partner update for the quarter ended 30 June 2020. FXL noted a strong online growth with 315% rise in the volume and 447%  in the total transaction during the fourth quarter of 2020 as compared to the previous corresponding period.

The robust performance was due to the record e-commerce and instore additions during the fourth quarter. Another feature BPAY was introduced during the period to enable the customer to pay for bills in controllable interest-free instalments with humm at various service providers. 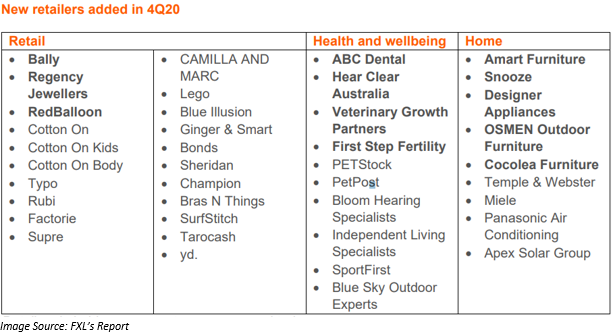 Newcrest Mining Limited, a Company from metals and mining sector engaged in exploration, development, mining, and sale of gold, was successful in achieving FY2020 production guidance with Cadia surpassing the upper end of its guidance range.

The gold production during the period was 573koz, up 7% as compared to the previous quarter. The period witnessed a record annualised mined ore plus mill output for the Q4 at Cadia. 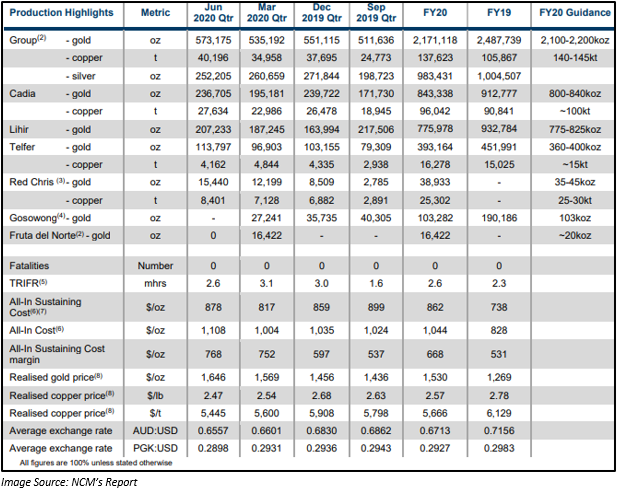 During the fourth quarter, the Company bolstered the balance sheet via equity raising. The exposure to the cash flows generated via Tier 1 Fruta del Norte mine.

The Company also noted a 15% growth in the Quarterly copper production to 40kt as compared to the Q3 FY2020.

Group revenues and EBITDA showed continued improvement despite many professional sporting leagues were deferred globally. The increase was due to the subscription nature of most of the Company’s revenue, along with the scalability of its business model.

Catapult announced a change in FY-end and reporting currency from FY 2021 onwards. The financial yearend would be 31 March with US$ as the Company’s presentation currency.

CAT shares in the last six months delivered a negative return of 20.97%. However, the performance improved in the previous three months with a growth of ~80%. By the end of the day’s trade on 24 July, CAT shares settled at A$1.715, up 3.313% from the last close.