BNPL players have been outperforming the market in 2020, surging by record numbers from their low price in March and are at their all-time high price at present. The use of BNPL payments has risen and is growing in both the US and Australia, particularly amongst youngsters who are reluctant to use credit cards and other loans due to low incomes and fewer savings than Generation X (born between the mid-1960s and early 1980s).

Let’s have a look at 3 BNPL stocks under discussion:

Some of the highlights from the period are as follows: 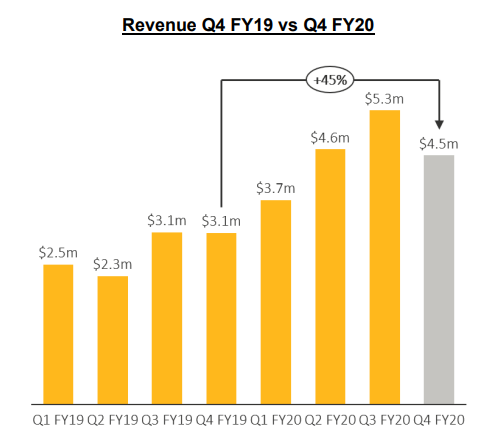 Further, ‘OpenMay’, Openpay’s flagship month of special promotions with Merchant partners led new record month in May 2020, with a TTV of $22.7 million and June 2020 TTV of $22.5 million.

As per the agreement, Openpay would market 1st Group’s MyHealth1st platform to existing healthcare providers within its merchant network as part of a broader growth in BNPL payment options, and would involve a phased unveiling of its BNPL offering across the MyHealth1st network, with an initial rollout across roughly 60 sites in 1H FY21.

FlexiGroup Limited (ASX:FXL) is an innovative finance products and payment solutions provider to consumers and businesses. It provides a wide range of solutions that include BNPL products for larger expenses such as dental plans, home renovations and many more unlike other BNPL platforms like Splitit, Z1P, etc.

Other highlights from the trading update are as follows:

Rebecca James, CEO of FXL stated that the Group’s leadership in interest-free instalment transactions over $1,000 that is in excess of BNPL industry average, is a strong differentiator and its services are planned not just with explicit category features, but individually customisable payment options. It is this tactic that drives growth in high-value verticals such as health, home and home improvement and luxury goods.

ALSO READ: Is there a bubble around BNPL Space – A look at APT, SZL, Z1P, OPY

On 7 July, FXL confirmed the appointment of Jason Murray as the Chief Financial Officer of the group from 9 July, who will replace CFO Ross Aucutt.

Splitit Payments Ltd (ASX:SPT) announced the Board’s approval for the adoption of an Australian Sub-Plan under the Company’s Share Incentive Plan (SIP) on 15 July.

The Company, upon the exercise of 875,993 unlisted options, has issued 1,313,454 fully paid ordinary shares. This includes the following:

Splitit also issued 2,000,000 Shares upon exercising 875,993 Options to Shaked Partners Fund, L.P and 3,000,000 Options under the Company’s SIP to key Australian, Israel, and US domiciled employees.

Some highlights from the same are as follows: 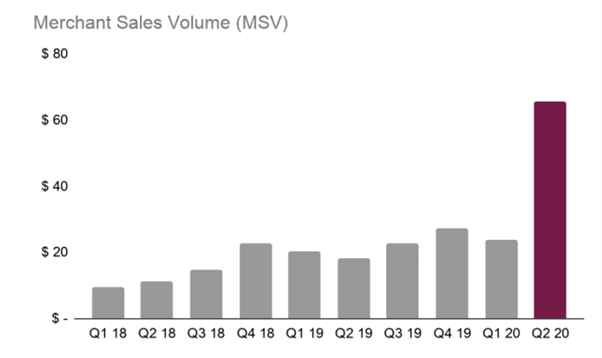 During the Q2FY20 period, the firm also finalised an integration with Stripe Connect, with beta testing of new quicker merchant onboarding on track. SPT also struck new partnerships with Mastercard, Finance for Group and Blue Snap.